‘Quiet hiring’ is the opposite of quiet quitting, and workers are furious about it 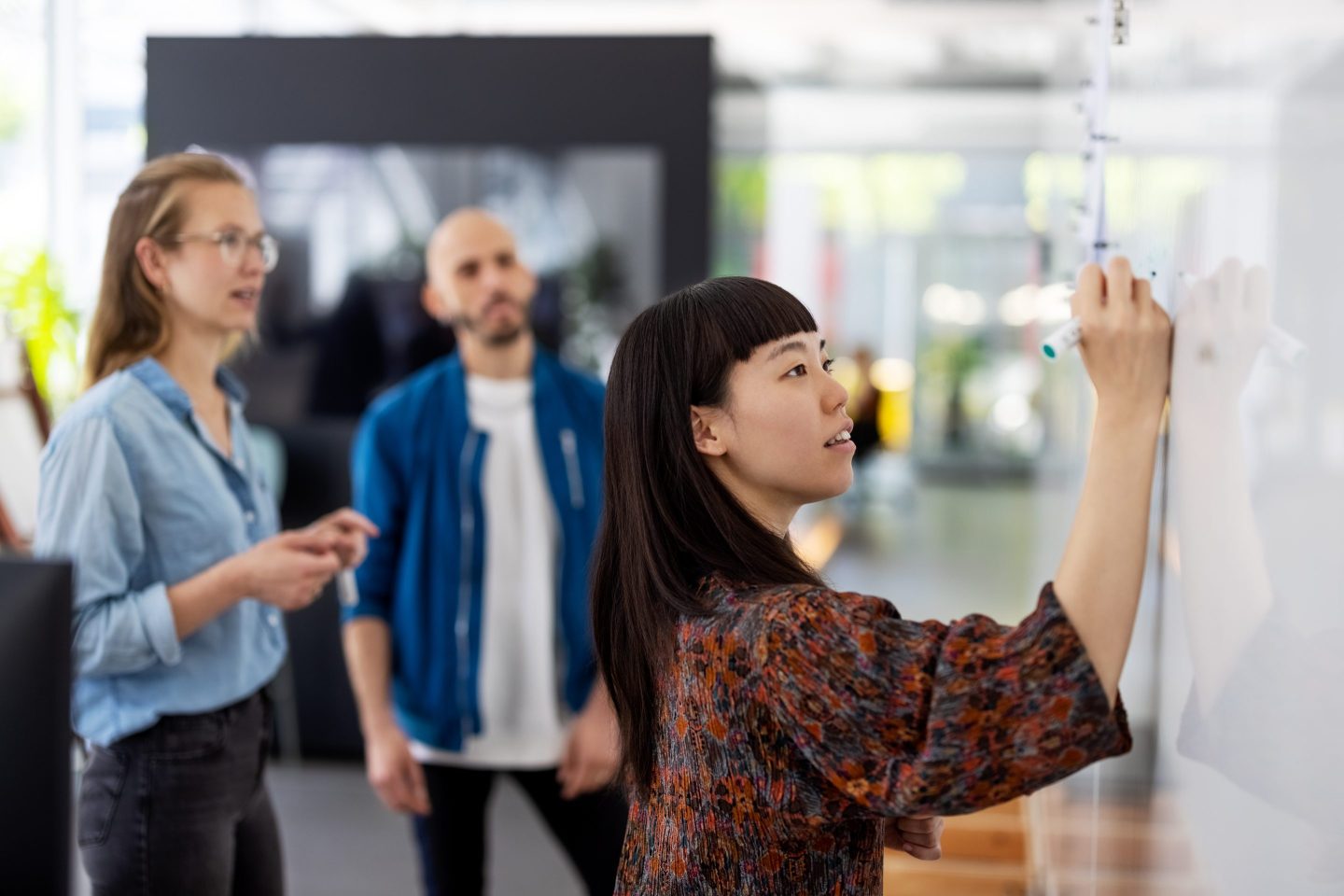 "Quiet hiring" involves rewarding workers who have gone above and beyond their job description.
Luis Alvarez—Getty Images

So predicts Gartner in its workplace predictions for 2023. The research advisory and consulting firm says quiet hiring will open up new doors for retaining talent without the cost of a lengthy recruitment process. It’s an especially vital edge for leaders amid the persistent Great Resignation and as the average job tenure slowly shrinks.

Here’s how it works: A company assesses its current workforce, mainly those who have gradually begun taking on responsibilities beyond their job description (which many quiet quitters already vehemently insist against). A thoughtful manager then notices that these workers have effectively started working in the position they wanted before being given the job—a sort of independent upskilling. If all goes according to plan, the manager will dole out a requisite raise or promotion, thereby saving the worker a job search, the company a hiring spree, and everyone time.

The strategy is intended to address a company’s acute, immediate needs, Emily Rose McRae, leader of Gartner’s future of work research team, told CNBC. Effective quiet hiring depends on framing. “If you’re asking a bunch of people to make this move, you should be able to articulate: What does this mean for them?” McRae said.

Ideally, the answer is: career advancement. But quiet quitters don’t see it that way.

Quiet hiring is the inverse of quiet quitting

Like many viral workplace trends that have become popular in recent years, quiet hiring is a new name for an old tactic.

Some companies have spent considerable time and resources upskilling employees and giving them new avenues to put them to work, Anthony Nyberg, a scholar at The Academy of Management and program director of the human resources masters program at the University of South Carolina, tells Fortune. “Neither of these concepts is new, but moving talent internally to match [their new] talents to the optimal task does seem to be more appreciated.”

Ideally, Nyberg continues, quiet hiring will help organizations and employees increase efficiency and satisfaction. Consider Google, which uses an “under-the-radar” recruiting strategy to identify the “brightest minds” both within and outside the company and figure out where to put them. At its core, that’s a “quiet hiring” strategy, Inc.’s Kelly Main reported back in September.

“Not surprisingly,” Main writes, quiet-hired employees tend to get more raises and promotions, while employers, with minimal risk and potentially zero training cost, can save time and money.

But the term itself has developed a negative connotation, “as if organizations are tricking employees into doing undesirable jobs,” Nyberg says.

That’s because of its association with quiet quitting, a trend that went viral on TikTok in August to eyeroll-inducing prominence, which simply describes the steadfast refusal to do any work strictly beyond the parameters of one’s role.

By definition, workers who quiet quit remove themselves from the possibility of being quiet hired. Proponents of the latter would say that means boxing themselves out of career development or thousands of potential dollars in raises. But opponents say it’s another corporate tactic designed to take advantage of workers.

“I stopped reading [the Inc. article] when it said [they] promote internal employees who take on extra tasks. Then I knew it was absolute rubbish,” a Redditor wrote in a thread on the concept. “No one is getting promoted for doing multiple jobs. They will keep you there, as their obedient workhorse, with minimal raises and zero support until something breaks. There is no reward for taking on extra tasks—except more tasks.”

Bosses quiet hire when the economy is tough

Quiet hiring—by any name—has always occurred during difficult economic times like recessions and hyper-inflationary periods, Cary Cooper, an organizational psychology professor at The University of Manchester and member of the Academy of Management, tells Fortune.

That’s certainly the case now—when, just days into 2023, 80% of Americans are predicting an awful, tumultuous year after dealing with sky-high inflation in 2022 and incessant talk about a looming recession.

“It has been called ‘redistribution of resources,’ and people were expected to be agile and flexible,” Cooper says.Between “destabilizing economic and geopolitical upheavals,” businesses will be very reluctant to hire more people, instead aiming to keep labor costs at a bare minimum.

Redditors put it more bluntly. “[Companies] are mad about labor productivity declines. They’re blaming quiet quitting, something they made up, when we already know the reason,” a commenter wrote in a thread. “So many people took on new roles elsewhere, which reduced labor productivity. If they want labor productivity up, the best strategy is to reduce churn by retaining the employees they have. This means money.”

Whether or not quiet hiring is beneficial for the workplace, Cooper predicts it will stick around for at least a year or two.