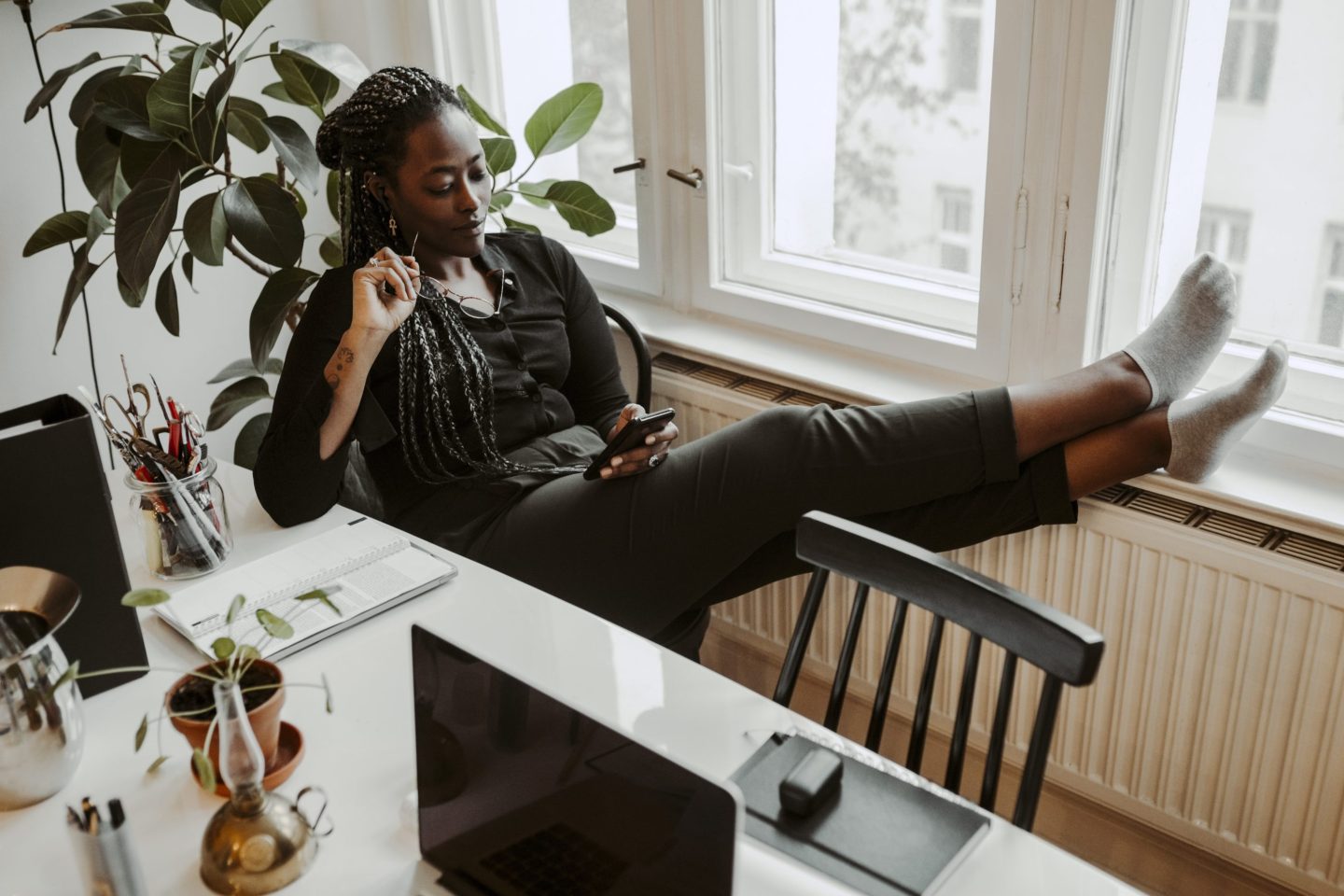 Quiet quitting is just a new term for an old concept.
Getty Images

Forget the Great Resignation, the labor shortage, and the back-to-office battle—quiet quitting is the Internet’s latest watercooler talk about the weird world of work. And, as is the case with most upended workplace norms these days, Gen Z is at the center of it all.

They’ve taken to TikTok to share their tales of quitting not literally but figuratively: They’re quitting the idea of going above and beyond at work.

It might take shape in refusing to answer emails after hours or perusing social media during downtime at work in lieu of pursuing more assignments. The goal is to execute your job description and nothing more.

As TikTok user @thelizjane says in a video on the discourse “Isn’t that what a job should be?”

It’s an understatement to call this a debate.

Proponents say it’s a healthy boundary unraveling the ties between work and life that became so tightly wound in the past decade. Opponents argue that quiet quitting is a way of “phoning it in,” a demonstration of laziness that can hurt your career. Many agree that it’s the latest way in which the rest of the working world needs to wake up to understand Gen Z’s unique approach to work culture.

But the debate is missing something big. Quiet quitting is just a new term for an old concept that every generation discovers anew: doing the bare minimum at work. The caption to @thelizjane’s video says it all: “Quiet quitting isn’t just a Gen Z thing or a new phenomenon—people have worked like this for years.” (Or not worked like this for years, critics would say.)

Thirty-seven percent of LinkedIn members agree, saying in a poll that quiet quitting is “a tale as old as time.” Quiet quitting is less of a trend and more of a work approach that Gen Z has been able to bring to the forefront, thanks to their avid technology use and kickstarting their careers during a remote work era that called into question a century of workplace tradition.

But long before Gen Z entered the workforce, people have been doing the bare minimum at work—they’ve just called it different things.

You might know quiet quitting by another term: disengagement, Stephan Meier, professor of business at Columbia Business School and Chair of Management Division, tells Fortune.

He points to the statistics: More than 67% of U.S. employees and more than 86% of employees worldwide report not being engaged in their jobs over the past 15 years. “It’s possible that this has increased somewhat after the pandemic, but it is not a new phenomenon,” he says.

Considering that Gen Z didn’t enter the workforce until 2019 at the earliest, with most graduating into the pandemic, that means there were a lot of disengaged workers were largely members of older generations.

Rebellion against oppressive workplace norms has a long history. Previous generations rebelled against the staid work culture of midcentury corporate America, as depicted in classic films like 1960’s “The Apartment” or TV shows like the 2000s-era “Mad Men.” This was a world where people (mostly men) went to the office every weekday (and many weekends) in a suit and tie, often with accompanying fedora and martini at lunch.

Several turning points came in the disco age of the 1970s and a stagflationary economy not unlike today’s. Women entered the workforce in significant numbers for the first time, catalyzing the initial concept of “work-life balance” as they sought to build a career and have children.

The “greed is good” 1980s soon followed, with their hyperpowered financial sector, putting the groovy “Me decade” far behind. But forms of proto-quiet quitting continued to emerge over the next few decades, as the 1990s saw the rise of the Gen X “slacker” archetype before giving way to the dot-com bubble, but along the way many Gen Xers had children who became today’s Gen Zers.

Everyone quiet quits at some point

It’s typical for workers in the 20-something life stage, the oldest cohort of Gen Z, to idealize passion and flexibility. Both Gen Xers and millennials vocalized a desire for work-life balance when starting their careers. But Meier said he gets the sense that employees generally become more disengaged later on in their careers.

“People start with high hopes that they can have an impact and find meaning in a job,” he says. “Often the reality is different and that can feel very frustrating.”

Consider that a 2013 Gallup study found boomers and Gen Xers were less likely to be engaged than other generations. Older boomers are more disengaged than younger boomers, according to a follow-up study two years later. It could be that boomers began having a case of senioritis as they neared retirement age, and Gen X stayed true to their ‘90s slacker roots. Older Gen Xers were also entering their middle-aged years, which can be spent caring for both parents and children, and may have established more distinct work-life boundaries so they could spend more time with their family.

A separate Gallup study conducted in 2016 found that only 29% of millennials were engaged at work, a drop from 33% three years earlier. Some of the generation may have still been bouncing around the post-recession job market, merely working whatever job they could get until finding one they were passionate about, likely feeling disconnected from work.

As Meier puts it, “there were always disengaged employees.” Quiet quitting, then, is more a sign of a problematic work culture that treats workers like property instead of humans. “Firms started to lose sight of how to treat their employees well, pushing productivity and control,” Meier says, adding that the burden is on them to create an engaging atmosphere that still allows for a healthy work-life balance.

Quiet quitting is the latest of several pandemic-era work trends, after the anti-work movement in the U.S. and lying flat in China. The central theme of them all: rejecting productivity in favor of happiness, all manifestations of the mother trend of the Great Resignation.

This was less a shift in priorities and more of a norm for Gen Z, having entered the workforce during the Zoom age. They stumbled upon disengagement at work early on in their careers, when working from home made coasting on the job an easier default. For them, it’s born out of a disavowal of the girlboss era and hustle culture that characterized the 2010s. Arianna Huffington, CEO and founder of Thrive Works, told Fortune that quiet quitting is Gen Z’s reaction to the burnout culture that dominated their parents’ lives. Capitalism, Gen Z has lamented, is only hurting their mental health; they’d prefer a career detached from their identity.

Having TikTok at their disposal only gave them a platform to air out the grievances plaguing many of today’s workers of all ages, from quiet quitting to quitting their actual jobs, turning the generation into a platform for an age-old issue.

As Maureen McCann, an executive career strategist, writes of quiet quitting in response to the LinkedIn survey, “What’s new is that it’s (finally) being talked about. Ask anyone who ever thought about leaving their job. Most were quietly quitting while they sought out a better gig.”