How ‘Mad Men’ made its mark on business 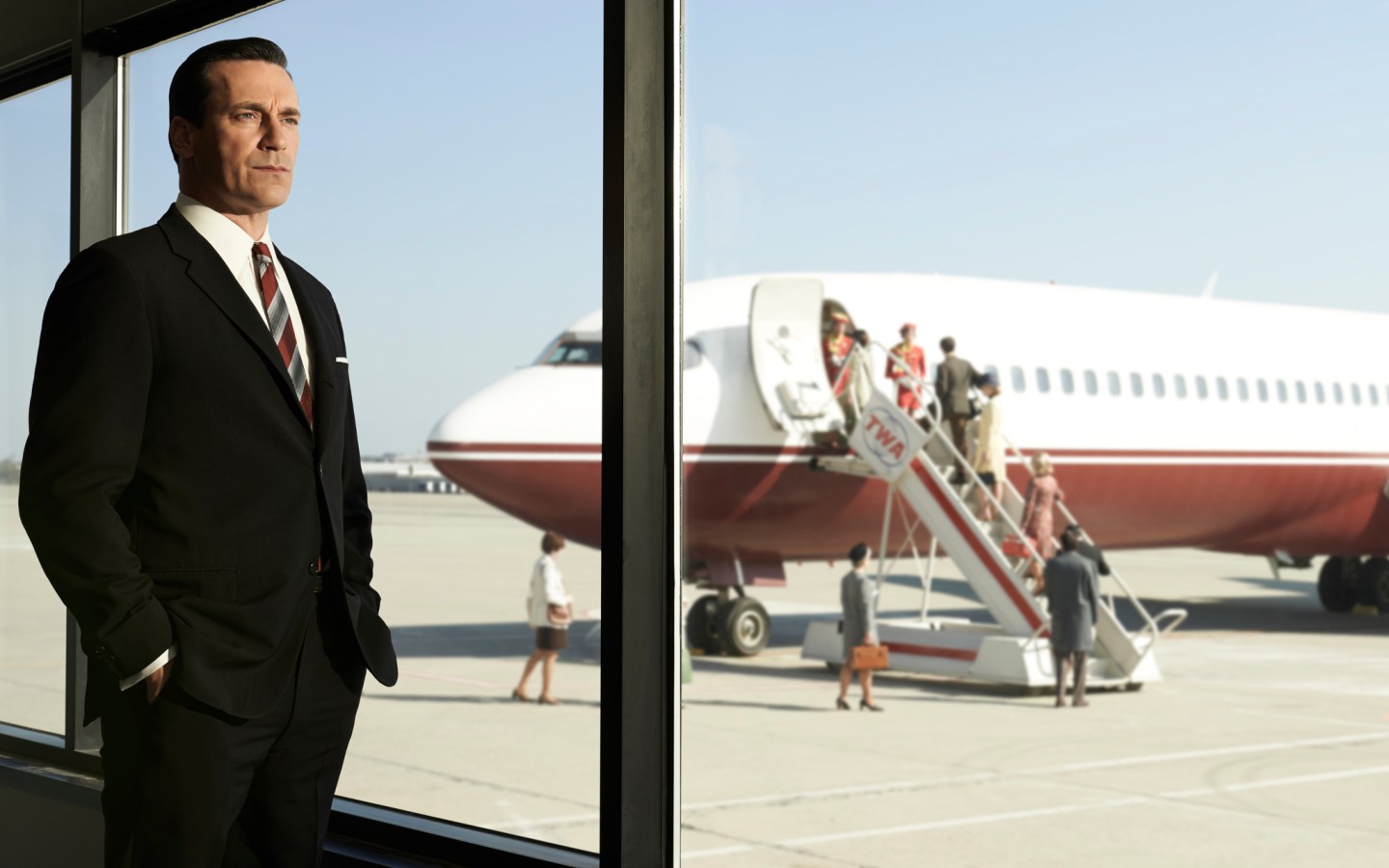 This Sunday, the critically-acclaimed AMC series “Mad Men” begins its final season. Set in the 1960s with the Manhattan ad agency Sterling Cooper as its backdrop, the show focuses on creative director Don Draper, the people around him and the general turmoil of the times.

The show has been heavily praised for its writing, acting and design, and has taken home 15 Emmys. But its influence goes beyond just the entertainment world, as evidenced by the fact that even people who didn’t watch it still make references to it, whether discussing high fashion, workplace frustrations, or male co-workers with Roman hands and Russian fingers.

It struck such a nerve that President Obama mentioned it in his 2014 State of the Union Address when speaking about wage inequality.

“It is time to do away with policies that belong in a ‘Mad Men’ episode,” he said.

Here are a few examples of how the show left its mark in the worlds of television programming, office culture and business.

It reintroduced 1960s fashion to the masses.

The clothes worn on “Mad Men” were designed by Janie Bryant. In 2011, she partnered with Banana Republic to create the “Mad Men” clothing line, but keep your credit card in your wallet. The wildly successful line sold out long ago.

The collection gave Banana Republic’s business a nice shot in the arm. According to Bloomberg News, sales of this collection helped Banana Republic’s North American same-store sales increase by 5% in the first quarter of 2012, while total revenue rose 7.4% to $622 million, a first-quarter best.

It addressed alcoholism in the workplace.

People who are new to “Mad Men” normally notice two things right away — everyone is smoking, and people drink at their desks. While the show could sometimes appear to glamorize alcohol, it never sugarcoated the consequences of drinking as a part of office culture.

In season two, copywriter Fred Rumsen is so drunk during a meeting in his office that he urinates in his pants, and at the end of season six, Don Draper’s drinking has advanced to the point that he has the shakes. In both cases, Sterling Cooper puts the men on indefinite leave.

Despite these portrayals of the side effects of alcohol in the workplace, Rehab Reviews editor-in-chief Anna David, herself a recovering addict and a “Mad Men” fan, said that the depictions of a “wet” workplace exude an attractive mystique nonetheless.

“The drinking on ‘Mad Men’ is sexier than the actual sex on the show,” she said.

It prompted discussions about sexism in the workplace.

“Mad Men” depicts an office culture that’s brazenly hostile to women, and there’s no denying that it got people talking about sexism in the workplace. A 2014 Business Insider feature showcased a series of vintage ads that are awash in jaw dropping, flagrant sexism. The feature is called “26 Sexist Ads Of The ‘Mad Men’ Era That Companies Wish We’d Forget,” and it’s unlikely that a mainstream business publication would have green-lighted it if a successful show hadn’t led the way.

Not everyone agrees that the “Mad Men” contribution to workplace sexism discussions have been positive.

“Its characters are smug sexists who treat women as little more than playthings and subordinates,” Meghan Casserly wrote in Forbes. “But it’s okay! We still love it. Because there are costumes.”

Stephanie Coontz, on the other hand, wrote in The Washington Post that the show is accurate in its depiction of how women were treated in the 1960s workforce.

“Newspapers still ran separate want ads with separate pay scales for female jobs,” she said. “There wasn’t even a term for sexual harassment, much less any law against it.”
[fortune-brightcove videoid=4147351055001]

It put AMC on the map.

When the American Movie Classics television network was launched in 1984, it was with the intention of airing exactly that: American movie classics. But when it changed its format in 2003 to make room for original programming, it adopted the abbreviation “AMC,” a name that is now better associated with zombies than with Gene Kelly.

Along with “Breaking Bad” and “The Walking Dead,” “Mad Men” is largely credited with giving AMC a new lease on life. And if Nielsen ratings are any indication, the gambit worked. AMC is now in 82% of U.S. households, or approximately 95 million homes.