The odds of winning the $1.1 billion Mega Millions jackpot are 1 in 302.6 million 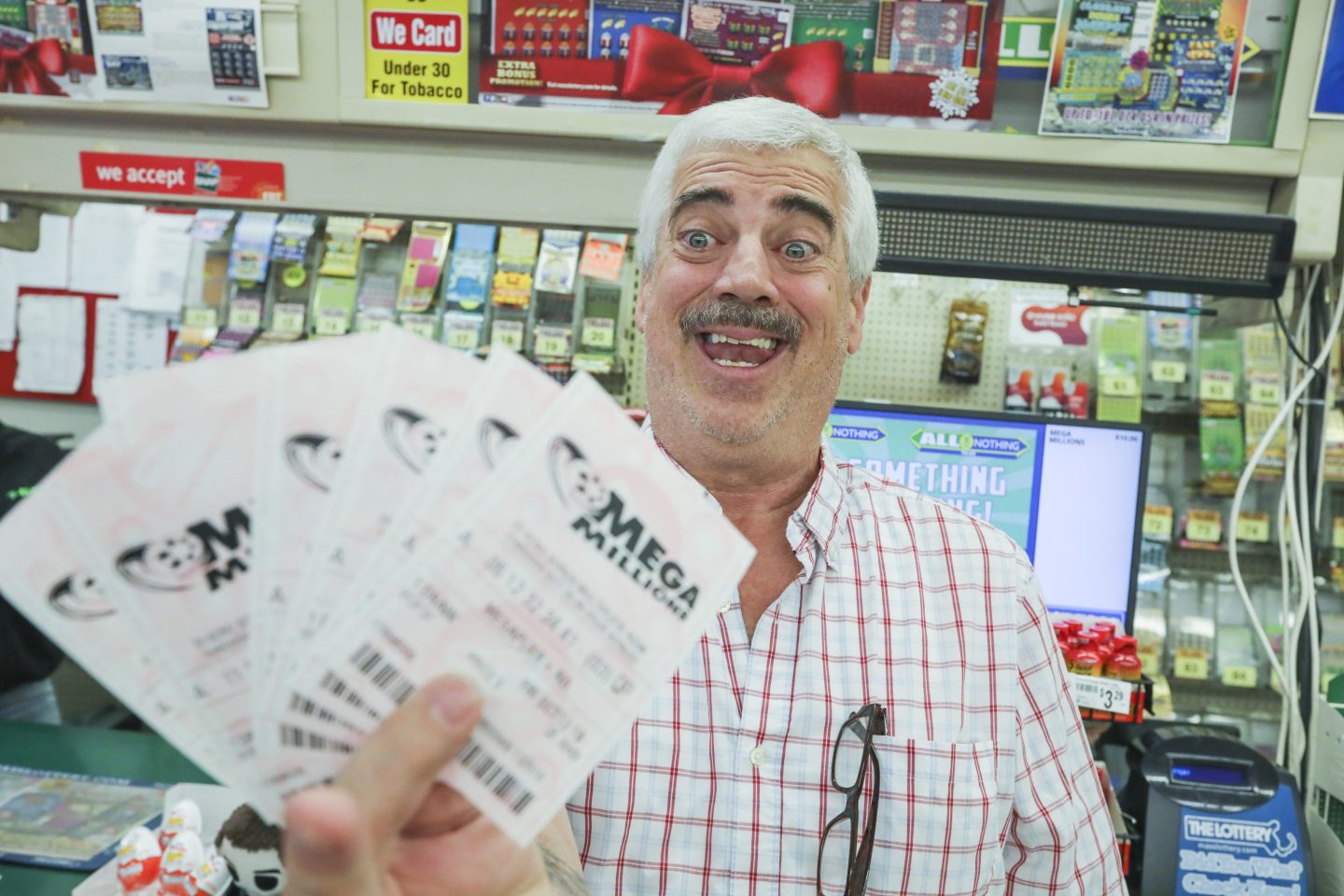 After nearly three months of lottery losing, will someone break the trend Tuesday night and win a $1.1 billion Mega Millions jackpot?

Regardless of how long it takes, the odds of winning the top lottery prize don’t change, and they’re formidable at 1 in 302.6 million. As Fortune’s Chris Morris points out, the U.S. population is just under 333 million. At this point, the odds of getting hit by lightning are stronger than winning the lottery.

But someone will eventually match all six numbers and win the jackpot, which now ranks as the fifth-largest in U.S. history. That winner will, in layman’s terms, be one lucky duck.

But if no one wins in the latest drawing, the jackpot will surge even higher. Just last Friday, it totaled $940 million.

The growing fortune and slim odds are part of “the golden age of jackpots.” Both Mega Millions and Powerball officials implemented rule changes in the mid-2010s that increased the difficulty of winning the lotto. The goal was to make the jackpot grow over time, thus increasing ticket sales. November’s Powerball prize was the largest in history: $2.04 billion, which grew after 40 consecutive drawings with no winner.

The idea of striking gold with a lotto ticket is increasingly appealing to many households in the U.S., who are struggling with financial anxiety. Dipping into pandemic-era savings to afford the rising cost of living has left even upper-class individuals feeling insecure. Coupled with a looming recession, it’s the perfect cocktail to fuel a fascination with the lotto, as Americans hope it will save them from their economic struggles.

The interest during Powerball’s jackpot spiked so much that local broadcasts reported on frustration with glitches in ticket machines, potentially linked to an inundation in sales, Fortune’s Steve Mollman reported.

While Tuesday’s Mega Millions jackpot is about half that of November’s powerball, the sum is nothing to balk at. The drawing is set for 11 p.m. EST but it usually takes a couple hours before it’s clear if there is a winner.

The $1.1 billion prize is for a winner who chooses to be paid through an annuity with 30 payments over 29 years. Winners usually prefer cash, which for Tuesday night’s drawing would be an estimated $568.7 million.

Mega Millions is played in 45 states as well as Washington, D.C., and the U.S. Virgin Islands.