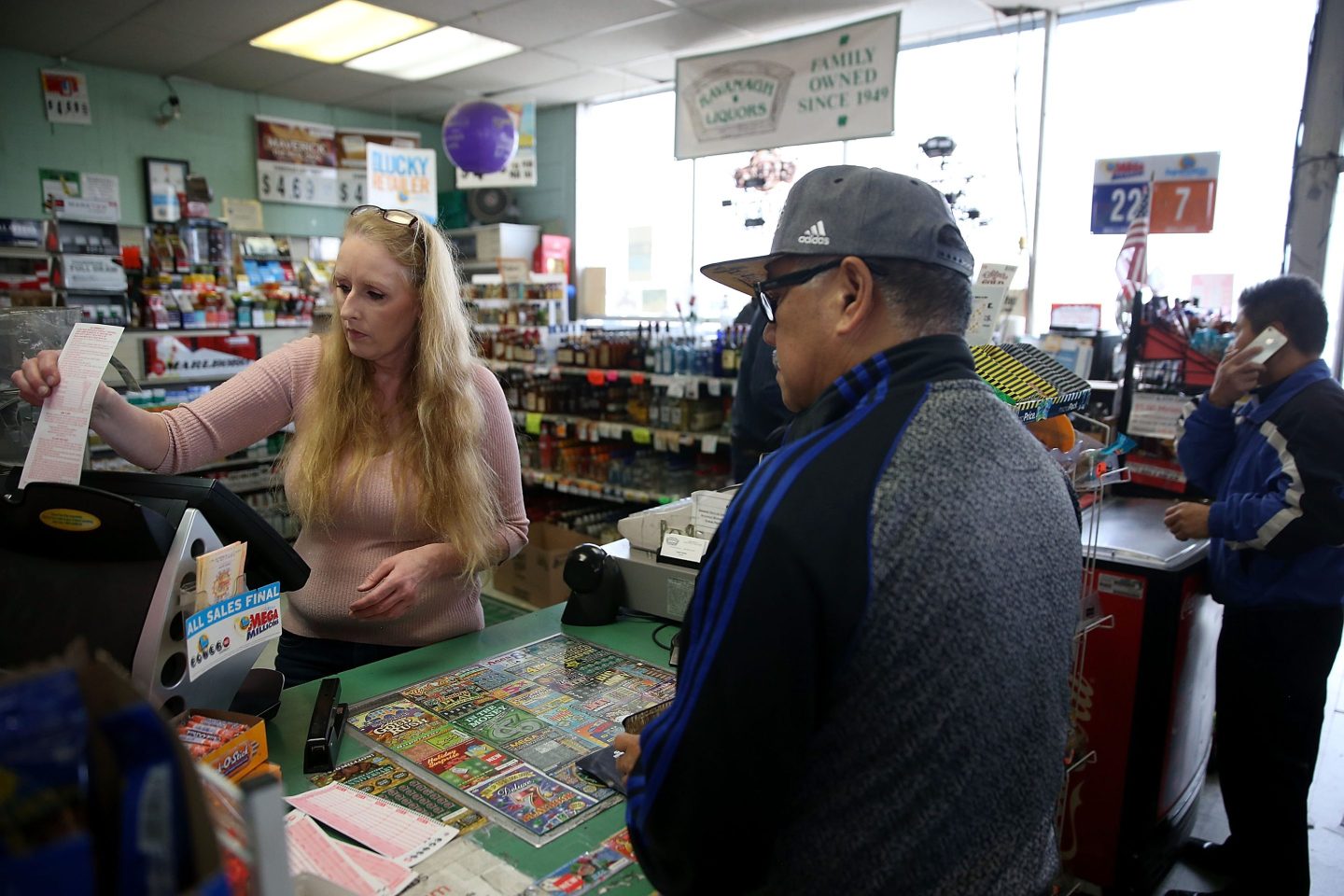 The Powerball jackpot increased to $1.5 billion Wednesday night after nobody—once again—picked the right mix of numbers. That means the already sky-high interest in the lottery will only intensify for the next drawing on Saturday night.

But glitchy Powerball ticket machines at some stores have frustrated players eager to try their hand at winning the jackpot.

On Sunday, many lottery retailers reported machines being extremely slow or down altogether, WSB-TV in Atlanta reported. Lottery officials told the station that heavy sales could be to blame, with viewers calling the station throughout the day to complain about downed machines.

Similarly in Ohio, a statewide glitch caused Powerball machines to fail on Monday. Danielle Frizzi-Babb, a spokesperson for the lottery in Ohio, told Fortune that “sales of Powerball and two of our in-state games were disrupted briefly on Monday morning for about 30 minutes, but they have not experienced other issues.”

Lottery officials in Georgia did not return Fortune’s request for comment.

With many inflation-fatigued Americans fantasizing about winning it all, the technical hiccups are frustrating. But winning will prove to be just a fantasy for the vast majority of players: The odds of winning the jackpot are just one in 292.2 million.

For the lucky person who does win it all, they must decide whether to take their prize in a smaller lump sum, or choose the annuity option, which provides the full amount they’re eligible for—but it’s paid out over nearly 30 years.

Financial advisers warn taking the lottery’s cash option might be a mistake, but most people take the cash anyway.

One group benefiting from the lottery? Retailers. Shops with Powerball machines are seeing increased foot traffic. “It’s a double whammy,” Jassi Dhillon, owner of a 7-Eleven outside San Diego, told Fox 5. “Some people are coming for the lottery, and they’re buying other stuff too.”

Scammers, meanwhile, are taking advantage of the intense interest, and players should be vigilant.

“Lotteries will never contact you via email or telephone call to inform you that you’ve won a prize, unless you specifically entered an official lottery promotion or contest,” Powerball warns players. “In addition, lotteries will never ask you to pay a fee to collect a Powerball prize. If you are asked to pay a fee to claim a prize, you are likely being scammed, and you should not share any personal or banking information with those entities.”