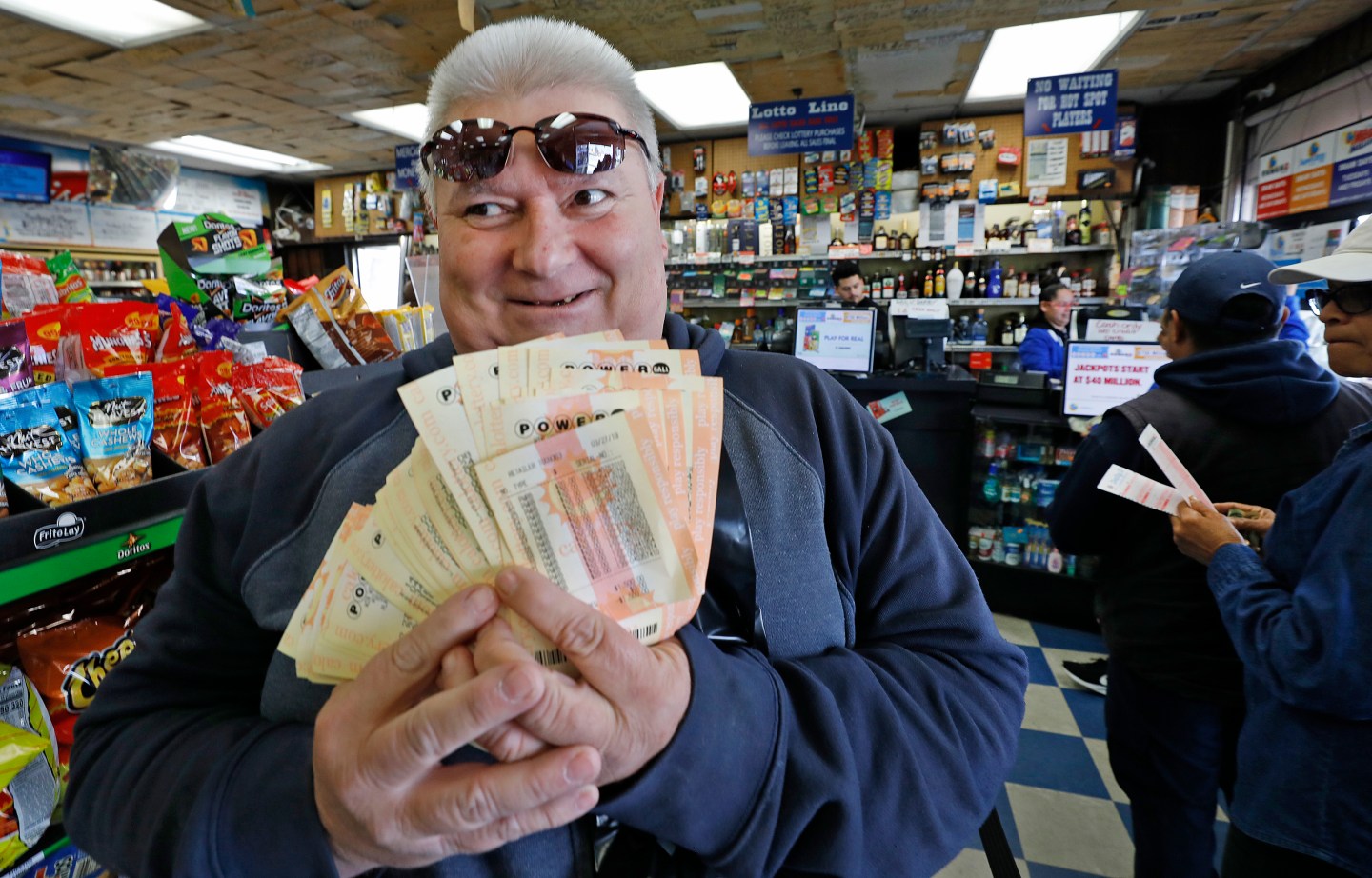 If so, you need to decide whether to take cash, which would actually pay out $596.7 million, or choose the $1.2 billion annuity option that is twice as large but is paid out over 29 years.

Winners of giant jackpots nearly always take the cash, and financial advisers say that might be a mistake.

Nicholas Bunio, a certified financial planner from Downingtown, Pennsylvania, said even with his expertise, he would take an annuity because it would so dramatically reduce his risk of making poor investment decisions.

“It allows you to make a mistake here and there,” Bunio said. “People don’t understand there is a potential for loss. They only focus on the potential for gain.”

The gulf between the cash and annuity options has become larger because inflation has prompted a rise in interest rates, which in turn results in potentially larger investment gains. With annuities, the jackpot cash is essentially invested and then paid out to winners over three decades.

Under the annuity plan, winners will receive an immediate payment and then 29 annual payments that rise by 5% each year until finally reaching the $1.2 billion total.

Lottery winners who take cash either don’t want to wait for their winnings or they figure they can invest the money and end up with more money than an annuity would offer.

As Jeremy Keil, a financial adviser from New Berlin, Wisconsin, put it, “There is no bad choice.”

While purchasing five Powerball tickets at a Speedway gas station in Minneapolis, 58-year-old Teri Thomas said she’d rather take the cash prize because she doesn’t think she’ll live long enough to collect an annuity over 29 years.

“And I’d rather get all my good deeds done right away and feel good about the giving,” Thomas said, adding she would donate to groups that do medical research for children as well as help veterans, homeless people and animals.

Of course, it’s good to keep in mind that your chance of winning the jackpot is incredibly small, at 1 in 292.2 million. That’s why no one has won Powerball’s top prize since Aug. 3 — resulting in 38 consecutive draws without a jackpot winner.

All that losing has let the Powerball jackpot grow to be the fourth-largest in U.S. history. If no one wins Wednesday night, the jackpot could become the largest ever, topping a $1.586 billion Powerball prize won by three ticket holders in 2016.

Officials urge anyone lucky enough to win a Powerball jackpot to consult a financial adviser — while keeping that valuable ticket safe — before showing up at a lottery office for an oversized check.

Matt Chancey, an investment adviser in Tampa, Florida, said that certainly makes sense. But Chancey also urged winners to understand that if advisers earn a percentage from the investment of all that money, they have a financial stake in how the money is paid out and should be clear about any potential conflict.

“If you go to a financial person and say you want to invest $1 billion, the financial person will say take the $600 million and we’ll pay taxes on it, you’ll have $300 million left over and I’ll invest it for you,” Chancey said. “That investment adviser will get fees off managing that money.”

Chancey said talented investors probably could make more money than paid through an annuity but there is risk and advisers need to be open about their potential gain depending on the jackpot winners’ choices.