The ‘golden age of the jackpot’ is here with a $940 million Mega Millions lottery. If only it weren’t so hard to win 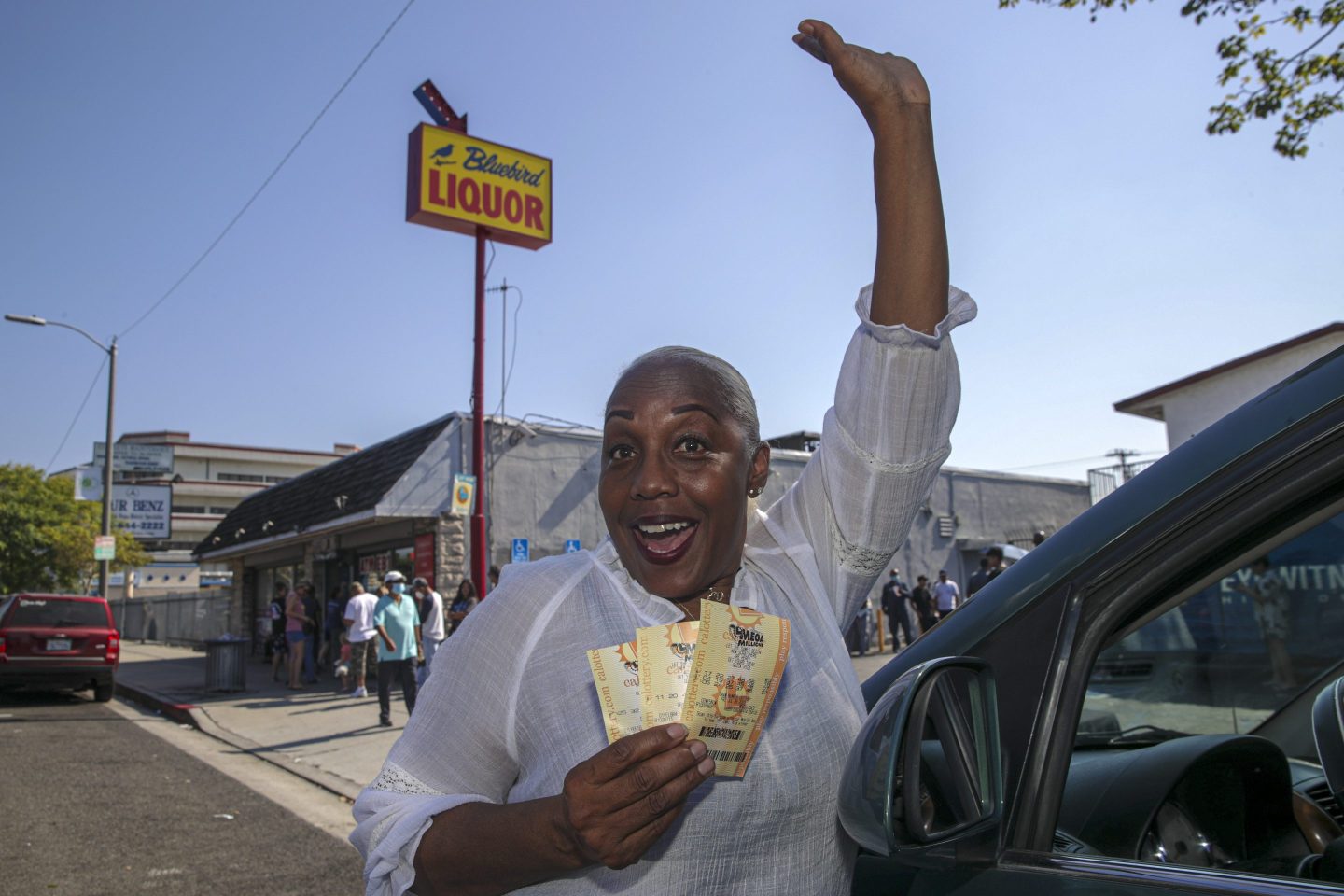 Tonight, $940 million is up for grabs in the latest Mega Millions jackpot drawing. It’s a number that’s enough to help beat the January blues and possibly, like Charlie’s grandfather in Charlie and the Chocolate Factory, get us all out of bed and down to a corner store or gas station in hopes of buying a bit (or a lot) of luck.

It’s hard to conceptualize a number that high, and that’s partly the point. The enormous winnings—the sixth-largest jackpot in history—are part of the “golden age of jackpots,” as the Associated Press calls it. It’s not just Mega Millions putting more on the line; these days, lotteries are more mega than usual.

November’s Powerball prize was the largest jackpot in history: a record-breaking $2.04 billion. The sum surged after 40 consecutive drawings without a winner. And last summer, over $1 billion was on the line in the nation’s third largest Mega Millions jackpot.

All the largest jackpots in U.S. history are quite recent, dating back only to 2016. As the AP explains it, both Mega Millions and Powerball officials implemented rule changes in the mid-2010s that made jackpots difficult to win, thereby increasing the jackpot amount over time and enticing more people to buy lotto tickets in hopes of defying the odds. Powerball also introduced a third weekly drawing last year, making the jackpot heftier as more people participated and lost.

The current Mega Millions jackpot, last drawn on Tuesday, has seen 23 drawings without a grand prize winner. Maybe that’s because the odds of winning are one in 302.6 million.

That’s roughly around the same odds of July’s $1 billion-plus Mega Millions jackpot: one in 302.5 million. As Fortune’s Chris Morris points out, the U.S. population is just under 333 million. Even the odds of getting hit by lightning are better than winning the lottery.

The ‘golden age of the jackpot’ offers financial escapism

A looming recession and rising inflation have left many people seeking financial security these days. Despite last year’s relatively sturdy job market, Americans had to dip into their pandemic savings as the experience economy resumed and the cost of living rose. Even as inflation slowly ebbs, consumer confidence is down, the Conference Board Consumer Confidence Index finds: In October only 17.5% of consumers said business conditions were good, and 23.3% said they expected conditions to worsen in six months.

Even the upper middle class has been feeling financially anxious. “For some households who are doing well and who are financially better off than they were in 2019, they are nonetheless seeing that financial buffer decrease,” Wendy Edelberg, senior fellow at Brookings, told Fortune last spring.

It’s fueling a fascination with winning the lottery, which Americans hope will save them from their economic despair and help revive the middle class’s golden era. The interest during Powerball’s jackpot spiked so much that local broadcasts reported on frustration with glitches in ticket machines, potentially linked to an inundation in sales, Fortune’s Steve Mollman reported. (Although more people are buying tickets, they’re buying fewer of them for each drawing than they did about six years ago.)

“Lotteries have become an alternative mechanism of social mobility—a way of achieving financial success in an economy that’s increasingly bereft of those opportunities,” Jonathan Cohen, a Ph.D. candidate at the University of Virginia who’s completed a dissertation on American lotteries, told Bloomberg back in 2018. “There’s an understandable belief that the economy is rigged and your best chance of making it out and getting rich is through the lottery, not through your job or savings.”

Not that any of these jackpots are actually as big as they appear to be. If winners opt for the cash payout instead of the 29 years in annuity, which they usually do, they take home way less. If someone wins the Mega Millions tonight and does just that, they’ll bank less than half of the projected prize at $483.5 million. That’s all before taxes, which vary by state.

But that’s still a pot of gold—even if it is more difficult to strike gold as of late.