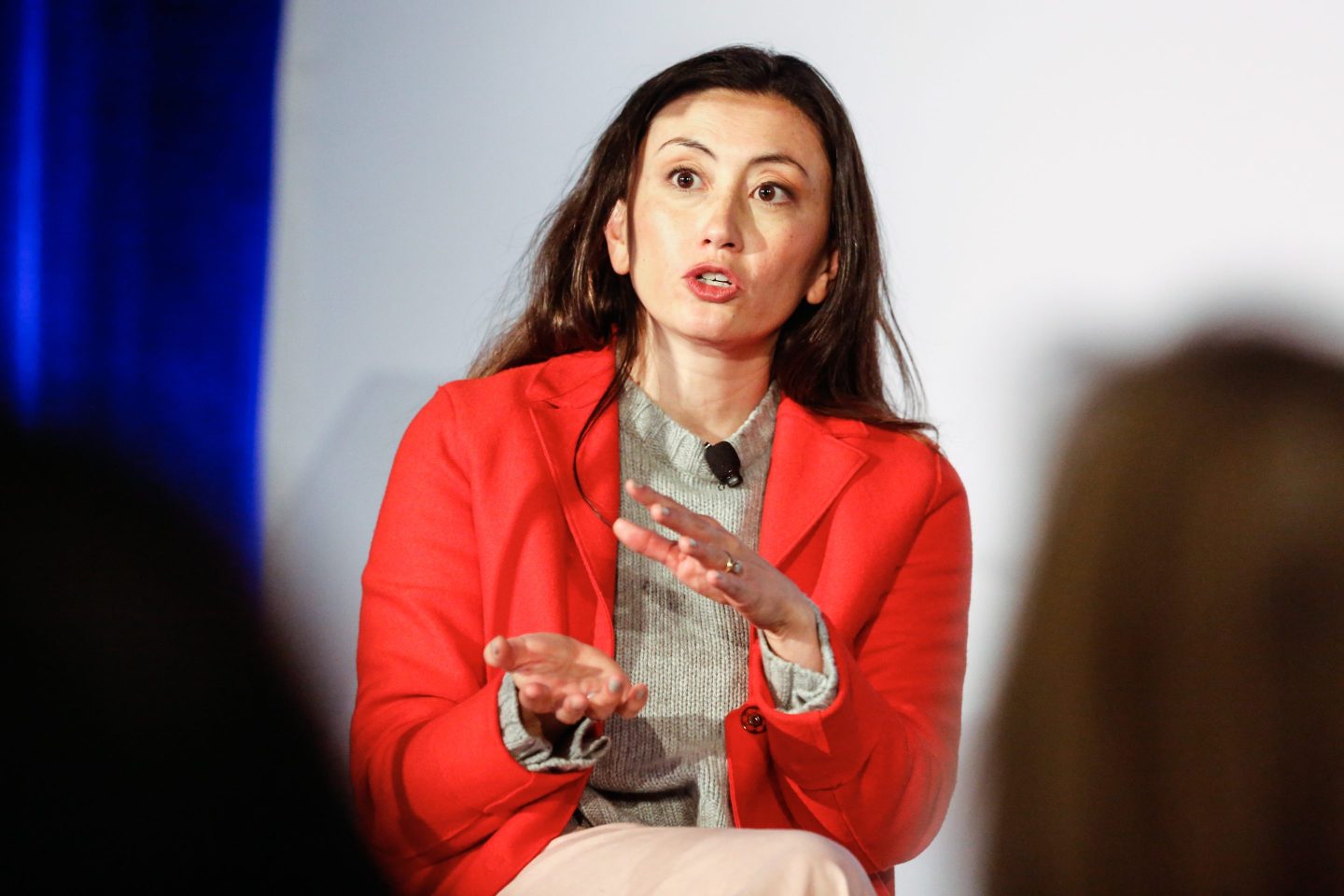 – Boomerang style. When Stitch Fix founder Katrina Lake handed the reins of her company over to Elizabeth Spaulding in August 2021, the personal-styling business was in a decent position. Its stock had fallen from January 2021 highs, but it was still trading at $54, up 259% from its $15 IPO price in 2017.

In the year-and-a-half since, the market has cratered—and so have the company’s shares. Stitch Fix’s stock is down 93% since Lake’s CEO handover, trading below market performance at just $3.47. The company has conducted multiple rounds of layoffs and slashed its forecasts. Between 2021 and 2022, the service lost 200,000 customers and struggled with an attempted pivot from a subscription box business to a comprehensive, on-demand shopping destination.

Throughout these challenges, Bain & Co. alum Spaulding was leading the company as CEO after a long-planned transition while Lake chaired the board of directors. It couldn’t have been easy for Lake to see the company she founded and took public in 2017 (as the youngest female founder to do so at the time) struggle so mightily.

So, Stitch Fix announced yesterday, Spaulding will leave the firm and Lake will return to her old job as CEO. (The company is also laying off 20% of employees.) The management change puts Lake among a historic group of boomerang founders and CEOs who return to try to save the day, from Steve Jobs at Apple to Bob Iger at Disney more recently.

“I still deeply believe in the Stitch Fix business, mission and vision,” Lake wrote in a note to employees yesterday. “We know because of the hard work and foundation laid by this team that there is a great future available for this company and we are committed to getting the company on a path to achieve it.” (Stitch Fix declined an interview request for Lake.)

Lake will return on an interim basis for an expected six months to run a CEO search process, the company said in a press release.

As Fortune alum Beth Kowitt wrote in a recent Bloomberg column about Iger’s return at Disney, identifying a successor is one hallmark of a longtime CEO’s legacy on which both Iger and Lake seem to have fallen short. Spaulding was handed a difficult task at Stitch Fix that was made harder by market forces outside her control. But ultimately, no one knows Stitch Fix better than Lake. The future she will now seek for the company may be very different from the one she imagined as a Harvard MBA student-founder in 2011 or while ringing the Nasdaq bell in 2017. If she follows in the footsteps of past boomerang CEOs, she could be able to reach it.

- Just keep trying? Rep. Kevin McCarthy (R-Calif.) continued to fall short in his attempts to claim the speakership yesterday, as the now-majority House GOP tries to choose a new speaker to take over from Nancy Pelosi. Politico

- Reading list. Supreme Court Justice Ketanji Brown Jackson is writing a memoir. She calls the forthcoming book a "transparent accounting of what it takes to rise through the ranks of the legal profession." Washington Post

- Bankruptcy at BBBY? Bed Bath & Beyond, led by CEO Sue Gove, warned yesterday that it's facing potential bankruptcy. The retailer cited worse-than-expected sales and said it might not have enough cash to pay leases and suppliers. CNBC

- Competitive edge. The Federal Trade Commission, led by commissioner Lina Khan, proposed banning noncompete agreements. Such a ban would cause waves in the business world, where the agreements preventing employees from accepting new roles at competitor companies are widely used. Axios

- Barring a ban. South Carolina's Supreme Court struck down the state's six-week abortion ban. The court ruled the ban on abortion before many people know they are pregnant violated the state's constitutional right to privacy. Associated Press

- Swing seat. Sen. Debbie Stabenow (D-Mich.) announced she won't seek reelection in 2024. She's served in the Senate for two decades, and her retirement opens up a seat in a swing state after Democrats narrowly held onto the Senate in midterm elections. CNN

The case for public childcare The Atlantic

When the cameras can't turn away, these women force us to listen New York Times

"People come in wary of me, and that is really cool."

- Allison Williams on leaning into her post-Girls persona. Her latest role is in the horror film M3gan.