Salesforce wants to cut $3 billion to $5 billion in costs, and real estate is a big target. Some offices have less than 10% occupancy, exec says. 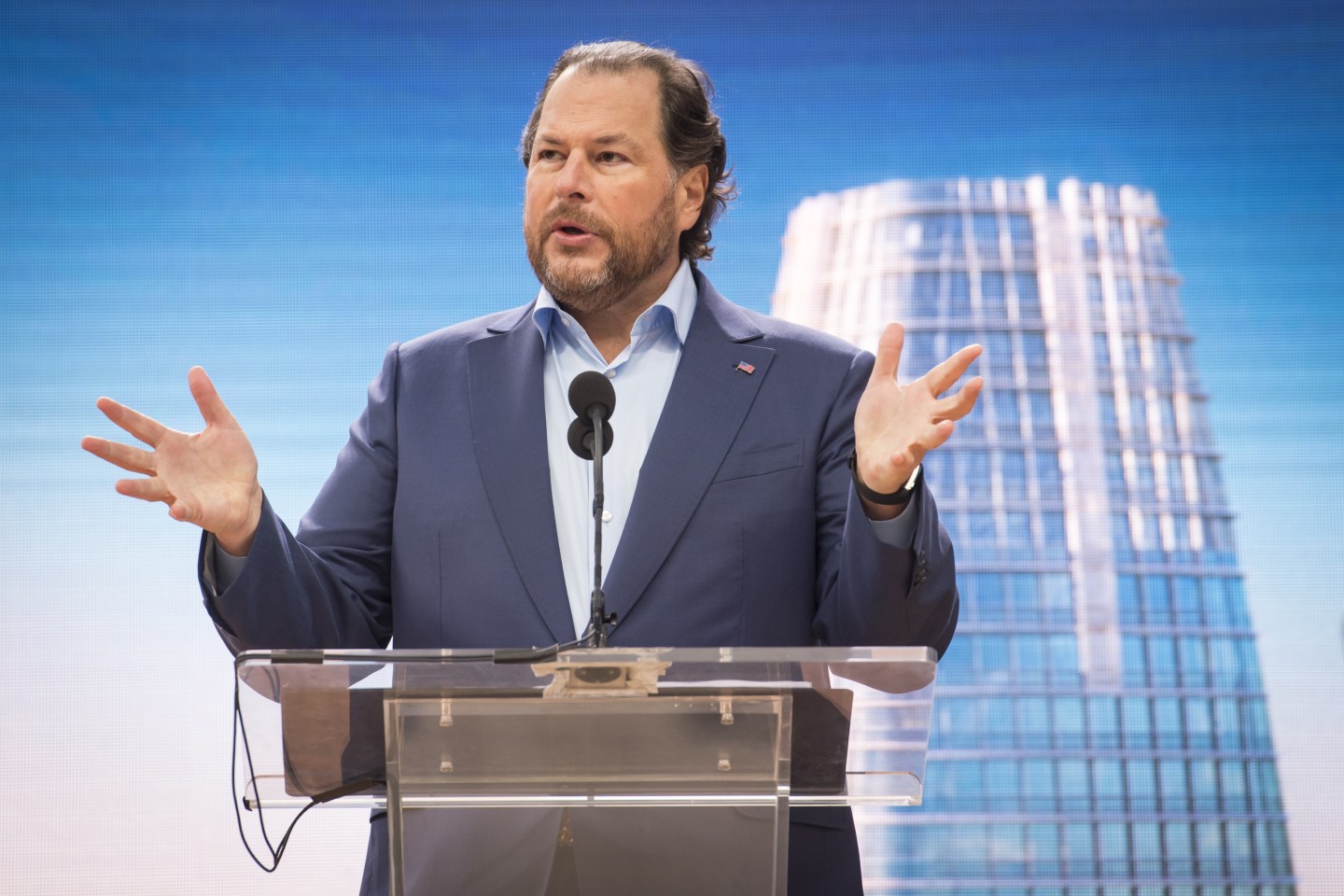 Salesforce aims to reduce its costs by as much as $3 billion to $5 billion, CEO Marc Benioff told insiders this week, as the cloud company slashes thousands of jobs from its payroll and dumps office spaces that have sat largely empty since the start of the pandemic.

The company announced it would be axing 10% of its staff on Wednesday in a sweeping cost-cutting measure that was described as part of an “ongoing commitment to profitable growth.” During several all-hands meetings with employees on Thursday, Salesforce executives shared more details about the restructuring, including the aggressive, multi-billion dollar cost reduction target, which has not previously been reported.

“This is a larger moment for cost restructuring, we want to take…. we don’t know… somewhere between $3 to $5 billion out of the business,” Benioff told employees during one of the meetings for which Fortune obtained an audio recording.

“When we look at how are we going to do that, real estate is going to be a major part of it. We don’t need the same level of real estate that we had pre pandemic,” Benioff said. “It doesn’t mean that we’re not still growing. So this is a company that is still growing and is still very successful. But we are adjusting some aspects of our cost structure.”

In a separate all-hands meeting held by Salesforce’s chat service subsidiary Slack, an executive said that the occupancy rate at some Salesforce offices is “still well below 20%” and “some of them are below 10%.”

“It’s really hard to justify having all of that space,” said Slack chief of staff Robby Kwok.

The moves come as Salesforce is facing pressure from activist investor Starboard Value, which has criticized Salesforce for its low profit margin. According to Starboard, Salesforce’s 19% operating margin in 2021 lags competitors like Oracle, Adobe and Microsoft which had margins above 45% that year.

In September, Salesforce told investors it had a set a target to reach 25% adjusted operating margin in its fiscal 2026 year along with a plan to generate $50 billion in revenue.

During Thursday’s Slack all-hands meeting, Kwok said that Salesforce currently has more than 150 offices worldwide. A Salesforce representative declined to comment on leaked information, but pointed Fortune to a corporate blog post last updated in December 2022 that says Salesforce has 110 global offices. Among Salesforce’s offices is the flagship, 61-story Salesforce Tower in downtown San Francisco, which is the tallest building in the city’s skyline.

Salesforce’s efforts to prune its real estate holdings adds another wrinkle to the company’s post-pandemic operations. CEO Benioff has previously said that employees hired in recent years have not been as productive as previous hires, and suggested that remote work may be one reason.

“It’s kind of a funny thing, on one side, we’re mentioning to our employees online: Are we more productive by not coming into the office as much?” Benioff said in Thursday’s meeting. “And then on the other side, we say: Well, we’re thinking about having less real estate. ‘Why are you taking down real estate?’ So there’s two sides of the coin and that’s what it’s like to be a leader in this company. You have to deal with everybody.”