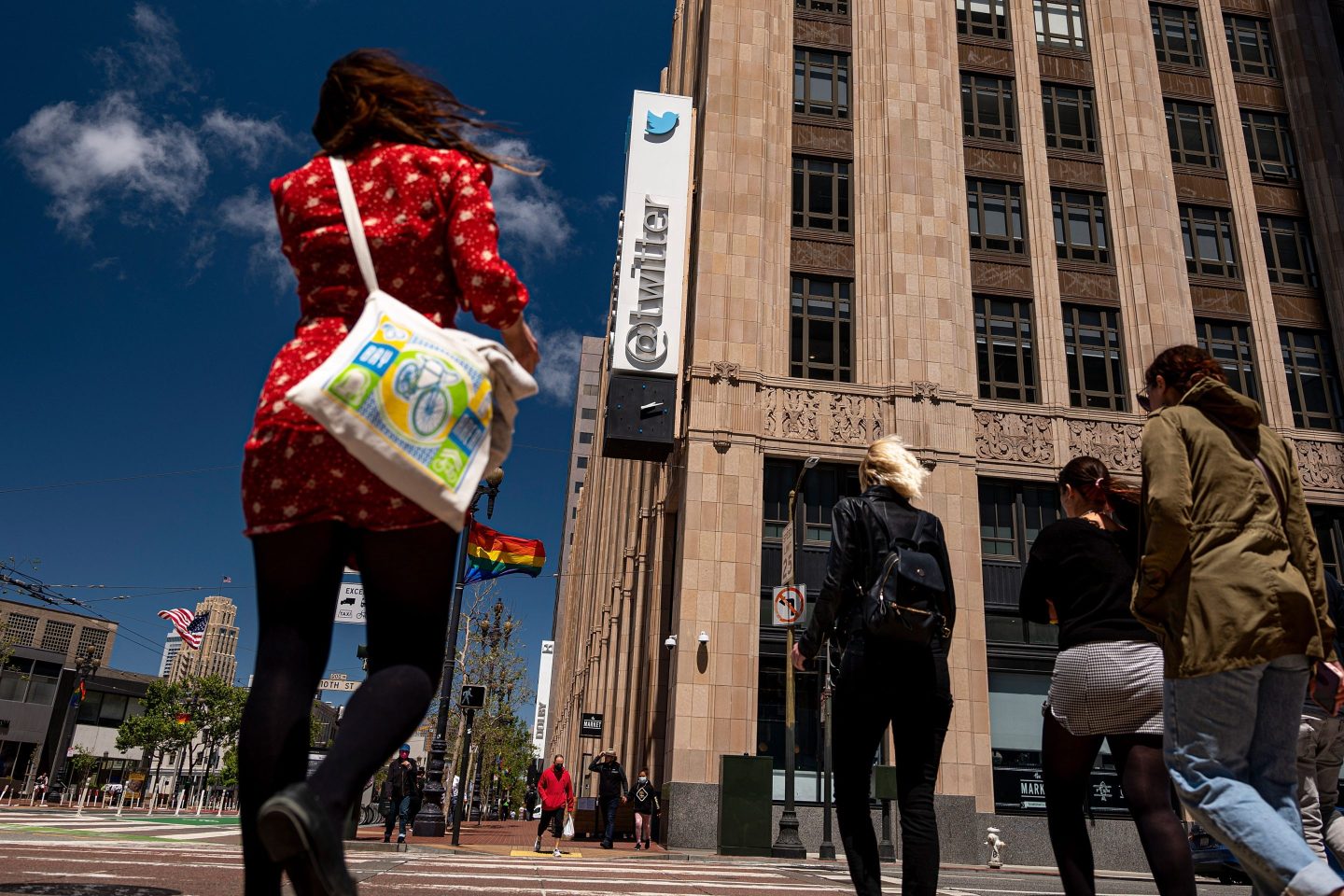 Twitter headquarters last year, before Elon Musk’s takeover and when dirty toilets were less of an issue.
David Paul Morris—Bloomberg via Getty Images

Twitter CEO Elon Musk recently said he’s been “cutting costs like crazy” since taking over the company. Employees are smelling the results.

Speaking in a Twitter Spaces conversation on Dec. 20, Musk said, “This company is like, basically, you are in a plane that is headed toward the ground at high speed with the engines on fire and the controls don’t work.”

Among his drastic cost-cutting measures, Musk canceled janitorial services this month at the company’s San Francisco headquarters, according to the New York Times. Combined with workers being packed onto two floors after four were closed, one result has been the smell of leftover takeout food and body odor lingering in the air.

What’s more, the bathrooms have become dirtier, and some employees have resorted to bringing their own rolls of toilet paper to work.

Earlier this month, janitors said they had been locked out of Twitter’s headquarters with no warning, after they had sought better wages and the company reportedly cut a cleaning contract.

One janitor, speaking to the BBC, said he had worked at Twitter for 10 years and had been told by Musk’s team that eventually his job would no longer exist because robots would replace human cleaners.

“You know it smell crazy in there,” one source told New York Times journalist Mike Isaac, referring to Twitter headquarters.

And he confessed to other errors in his chaotic overhaul of Twitter. For instance, the company suspended the account of respected venture capitalist Paul Graham, who has been supportive of Musk’s efforts at Twitter, because Graham wrote about a link on his website to his account on Mastodon, a platform widely viewed as a Twitter alternative. The suspension followed the company introducing a short-lived policy saying links to competing social networks would not be allowed.

“Yeah, that was a mistake,” Musk admitted.

Whether he comes to deem the deteriorating hygiene at Twitter headquarters another mistake remains to be seen.

Meanwhile it isn’t just the main office in San Francisco that’s feeling less sanitary. According to the Times, janitorial services have also been cut at the company’s Seattle office, where employees are also bringing their own rolls of toilet paper.

In November, Musk gave Twitter employees an ultimatum: Commit to a hardcore work culture or take severance and leave the company. Those who headed for the exit might now be glad they did so.