Pelotons and pets, new homes and new jobs: We regretted a lot this year 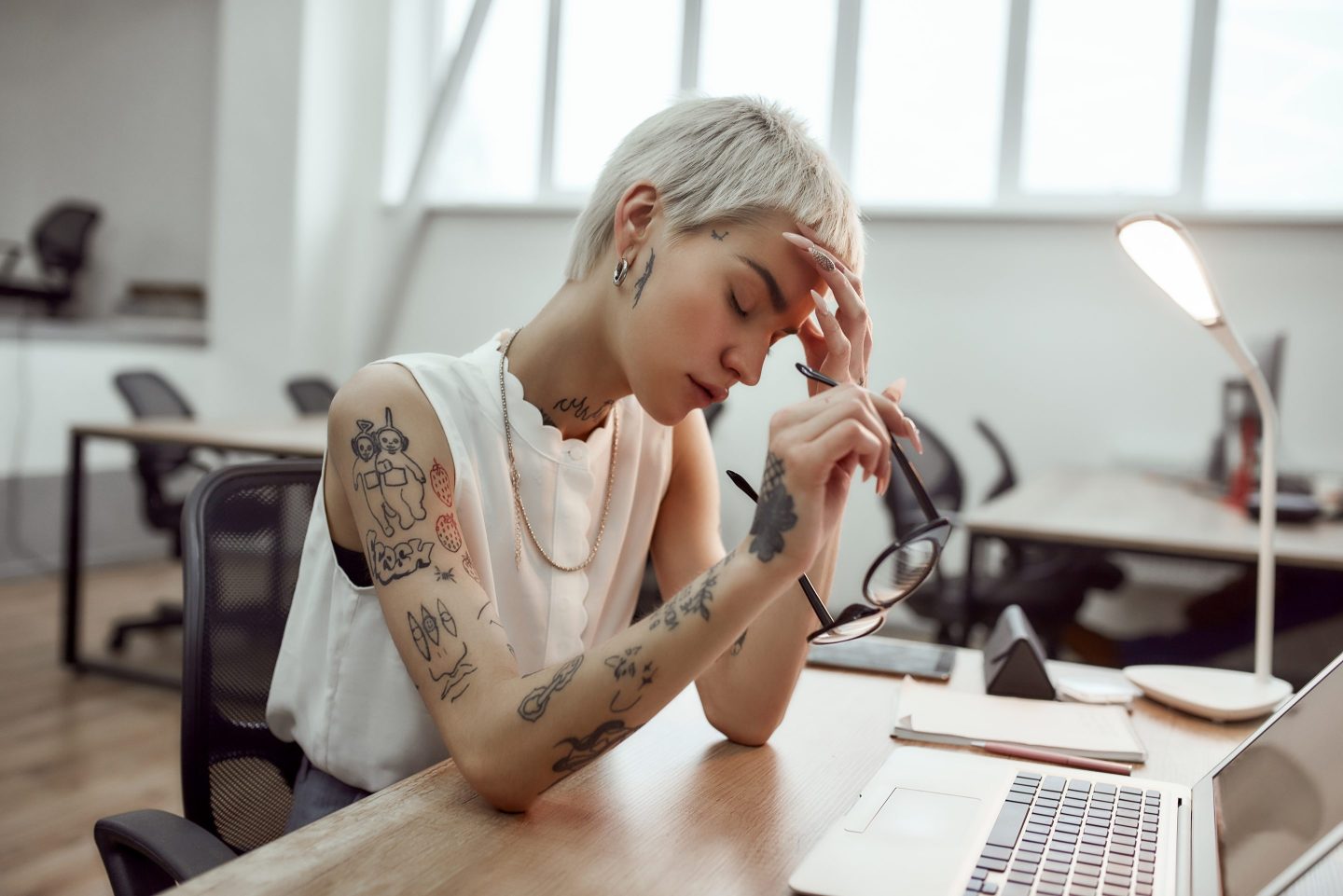 From our new jobs to our new houses, regret is plaguing us.

Henry David Thoreau once advised to “make the most of your regrets,” but Americans seem to be overwhelmed by their bad decisions this year.

Our pandemic purchases. The overpriced houses we moved into. Even the new jobs we took with dollar signs in our eyes. It’s all given us a severe case of buyer’s remorse.

We’ve been reckoning with regret since the pandemic first hit, the extended time alone forcing us to mull over the trip we didn’t take and the goals we didn’t accomplish before a global health crisis upended everything. Research led by psychologist Tom Gilovich finds that our most intense regrets stem from the discrepancy between our ideal self and our actual self. The failure to achieve the former is a regret of inaction, explaining why we wallow in disappointment over all these missed opportunities.

But nearly three years later, we’ve shifted to regretting the actions we took as a coping mechanism, from shopping to moving to quitting our jobs. That fits, Gilovich tells Fortune, since we tend to regret actions more than inactions in the short term: “Because we’re just coming out of the pandemic, it’s fair to say that we’re still in the ‘short term.’”

Survey after survey this year has revealed our remorse, which we’re so distressed about that many of us are asking for help on how to deal. Turns out, our uncertainty during the prolonged pandemic led us to make impulsive decisions—ones we’re now contending with as we “return to normal” and tighten our belts in an inflated and increasingly confusing economy.

The dark days of lockdown fueled the age-old belief that money could buy happiness, and we started buying stuff to fill the holes in our lives as social distancing kept us home. There were the Pelotons for our post-pandemic glow up, the breadmakers for our new hobbies, and the space-saving standing desks for our new home offices.

We shopped so much that it jammed up the supply chain. Even after vaccines rolled out and restrictions lifted, we couldn’t stop buying: Insider’s calculations of Bureau of Economic Analysis data found that Americans’ spending on goods increased by 25.69% from January 2019 to August 2021, while spending on services increased only 7.15% in the same time frame.

But dropping $320 on a liquor order from Drizly and $400 on an above-ground pool didn’t make us feel better. As Sara Dietschy tweeted in April, “I regret buying a Peloton. I end up doing the Just Rides most of the time. I should have just bought a cheap bike with an iPad stand.”

So we sold our Pelotons, put the lava lamps we bought in storage, and some even returned their pandemic pets to the shelter. These are all regrets of action—the feeling we get when we wish we didn’t act a certain way or didn’t make a certain purchase, explains Amit Kumar, an assistant professor of marketing and psychology at the University of Texas at Austin.

“During the pandemic, we [had] limited opportunities for social interaction, so we were probably getting lots of goods shipped to our house,” he says. But because material goods are sort of interchangeable, “we buy something and then we think about the fact that we could have bought something else. That leads us to feel regret and buyer’s remorse.”

Many of these purchases were impulse buys, fueled by our anxiety and the proximity of the internet at our fingertips. A Bankrate study found that 64% of social media shoppers who bought something from an advertisement regretted at least one purchase.

Shoppers with “low moderate thinking”—considering multiple perspectives before making a decision—were more likely to be swayed by negative emotions and make impulse purchases during the pandemic.

We rushed life changes amid historic housing and labor shortages

Our impulse shopping ran both big and small. Look no further than the wave of pandemic panic homebuying, unleashed by urbanites unshackled from the office and eager to escape cramped apartments during lockdown for sunnier and more affordable locales.

It fueled America’s hottest housing market to date, with median sale prices climbing to record highs of $430,365. Heated bidding wars and a historic housing shortage left some buyers settling for a home that wasn’t their first choice—or even their fifth. As the market slowly cools off, they’re now reckoning with both the financial and psychological repercussions of their hasty decision.

Stephanie DiSantis wanted to buy a $900,000 home in Seattle, but ended up paying $1.45 million instead. She told the New York Times she wished she waited to buy, not realizing what a financial strain her mortgage would be.

She’s among the 44% of Americans who regret moving to their current home since the pandemic first hit, as a new survey from the Harris Poll found. That’s especially true among first-time homebuyers—82% of millennials had at least one significant regret about their home purchase, according to a January survey by Clever Real Estate. And Zillow found that three-fourths of recent homebuyers felt the same.

Such regret is often related to the spontaneity behind buying. Most Harris Poll respondents said their decision was unplanned or unexpected, while Clever Real Estate found those who rushed to buy were more likely to experience financial remorse: One in four millennials said their home value decreased, while the same number said their mortgage was expensive—something that seems even pricier when you’re paying more for everything else.

With the cost of living climbing, many of us started looking for a raise at work. Forty-year-high inflation is one reason, among many, why an average 4 million workers quit their jobs every month since the spring of 2021. But the Great Resignation soon morphed into the Great Remorse.

A July report from Joblist found that a quarter of workers who quit during the pandemic regretted it. That’s up from the one-fifth of 2,000 respondents in a March Harris Poll who felt the same for plenty of reasons: Their work-life balance declined; the job didn’t align with their expectations; they missed the culture of their old job; and they didn’t properly weigh the pros and cons of quitting.

We were also too eager to grab the money off the tree to slow down our rushed decision-making. Desperate to attract workers during a historic labor shortage, “a lot of companies enticed people with pay,” Jim McCoy, senior vice president of talent solutions at ManpowerGroup, told USA Today.

Spending on things with social value leads to the least regret

Now, not everyone is feeling buyer’s or quitter’s remorse: Many people are happy with their cross-country move, their new employer, and their at-home gym equipment. But if the majority of Americans are miserable in their new jobs and blowing their higher salaries on stuff they hate, where does that leave us?

Kumar suggests shifting spending toward experiences that promote our social relationships—something that was hard to do in early pandemic days.

“Human beings are a social species—positive connections with others tend to be essential for our happiness,” he says. “Those are going to be the types of purchases that people are probably less likely to feel buyer’s remorse.”

Hedonic adaptation—that idea that we return to a stable level of happiness after a negative or positive life change—can be more problematic for material goods than for experiences since people habituate to the latter more slowly, Kumar adds. That’s because material items continue to exist in the physical realm, whereas experiences live on as memories and in our conversations, creating more long-term happiness, he explains. A disappointing material possession can continue to disappoint, whereas a somewhat disappointing experience can be reframed in a more positive light.

“People might regret a possession they bought and subsequently have feelings of buyer’s remorse,” he says. “When it comes to experiences, the rainy beach vacation can become the time we bonded over games inside.”

Perhaps our inability to partake in experiences in 2020 could lead to a different type of regret down the road. As Gilovich says, “It will be interesting to ask people in a couple of years about their biggest regrets surrounding the pandemic and see if there is a shift to a greater percentage of inaction regrets.” Maybe, then, we’ll regret not making a career change or not learning to cook during quarantine.