Instagram and TikTok are wreaking havoc on our finances and happiness, new survey finds 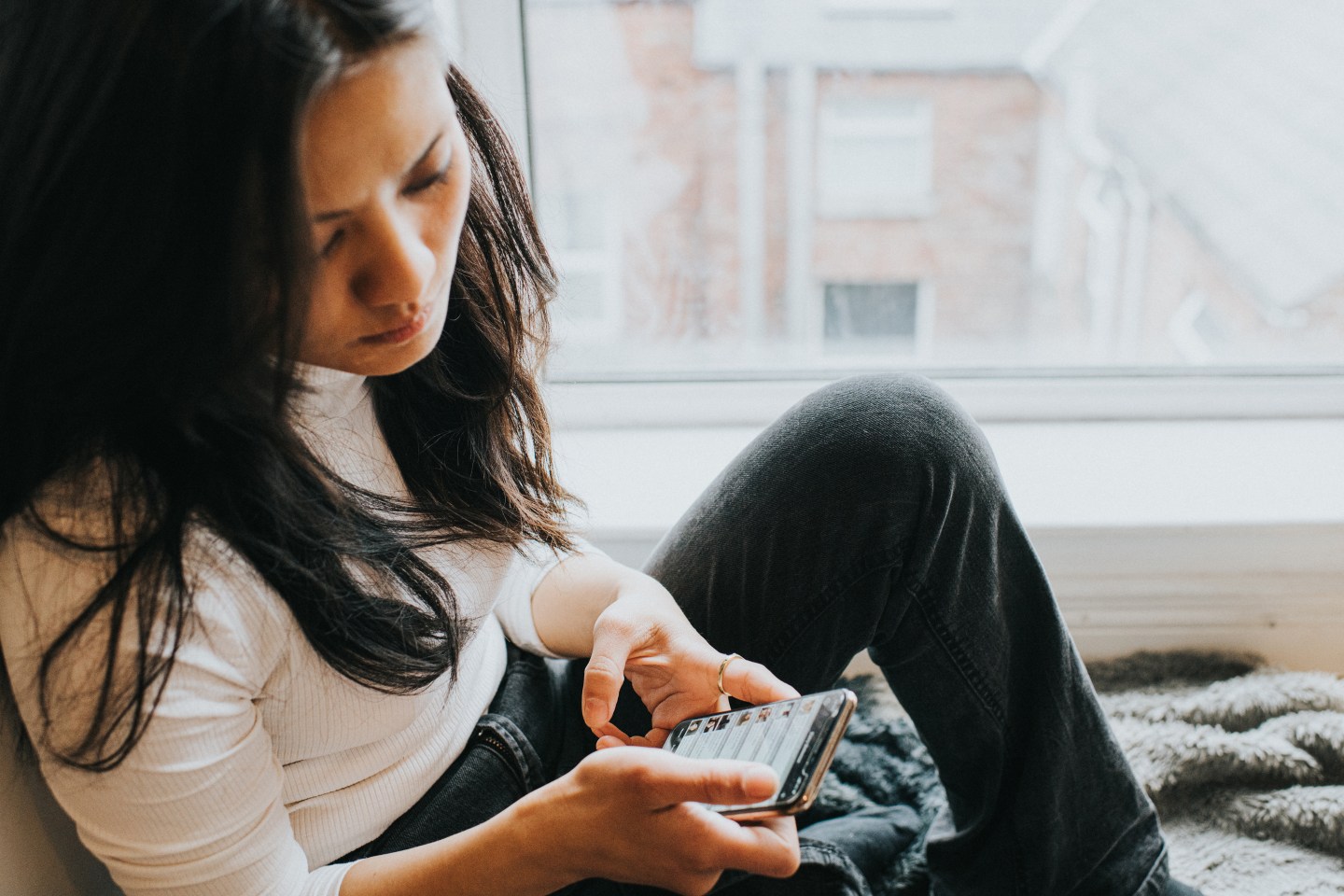 An elevated view of a concerned looking woman looking down at her mobile phone device.
Catherine Falls Commercial—Getty Images

You might have recently purchased athletic gear or a hoodie from an advertisement shared by an online retailer—and immediately regretted it. You’re far from alone.

Social media impacts consumers’ spending habits, according to a new study by Bankrate, with nearly half of users admitting to making an impulse purchase based on a sponsored post.

But 64% of social media users who made an impulse purchase from an advertisement regretted at least one purchase. And those purchases “can often harm our finances more than benefit our lives in the way we thought they would from social media,” says Foster.

And social media isn’t just breaking the bank, it’s also breaking consumers’ spirits, the survey finds. Nearly a third of users are more likely to feel negative about their financial situation than any other aspect of their lives.

Comparison is at least partly to blame: 47% of Gen Z and 46% of millenials report feeling negatively about their own financial situation because of another person’s social media post, as did 31% of Gen X and 22% of baby boomers.

“Younger generations have grown up with social media, or they’ve watched social media grow and evolve with them,” says Foster, so it is easier to understand why they are more heavily impacted by others’ content.

The youngest generations are impacted as well. More than 64% of parents with minor children who log on to social media believe content online has contributed to their kids having unrealistic expectations about money.

With online kid-friendly content creators like Unspeakable, Nastya, and Ryan Kaji being millionaires, it is understandable for a child to have unrealistic expectations about money, says Foster.

Before clicking “check out,” Foster recommends considering whether you were influenced to make that purchase—and might ultimately regret it.

“By design, social media is a scrapbook of only the best part of users’ lives. Every post, picture, or update influences those who are watching,” she says. “Social media is essentially the new roadside billboard, only it accomplishes the goal of traditional advertising in a much savvier way.”