LinkedIn’s army of influencers are bringing viral buzz to the business platform. Will LinkedIn’s creator thirst come back to bite it? 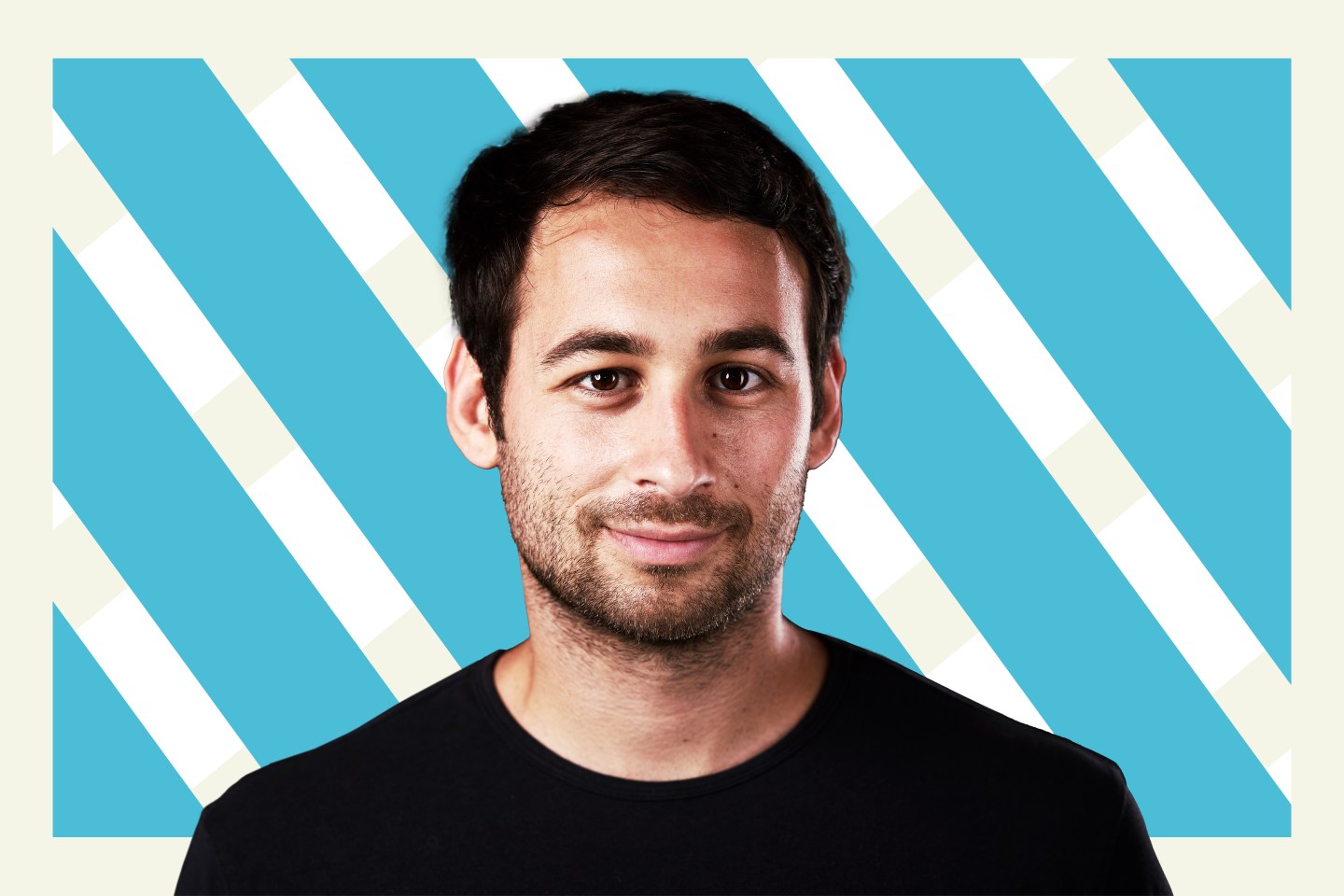 Taylor Offer is among a special breed of internet influencer indigenous to the business-focused social network.
Courtesy of Offer

With its mix of jokes and strange anecdotes, Taylor Offer’s LinkedIn page doesn’t immediately come across as a place to get valuable career advice or deep business insights.

His LinkedIn profile is a journey through his career of “messing around.” During his sophomore year in college, Offer boasts that he “learned how to cheat the system” as a stock trade processing analyst, pretending to be busy while he mostly “chilled at [his] desk and listened to music” or noshed chicken nuggets at the Wendy’s next door. As an intern at another company, he gave “a bunch of free swag” to his buddies; the “company definitely took a negative ROI on me,” he notes.

But to the 140,000 followers he has on LinkedIn, Offer is a business guru. Almost every day he shares musings on how to succeed in life and in work, updates about his clothing company, as well as the occasional meme—often racking up millions of views on this content.

Feat Clothing, an e-commerce outfit and Santa Monica retail shop that Offer started around the time he began posting actively on LinkedIn, now has 20 employees and $10 million in annual revenue, he tells Fortune. Celebrities like Aly Raisman, Logan Paul, and the Chainsmokers have donned Feat’s funky socks, and according to Offer, he is recognized and approached “a couple times a day” when he’s in Austin, San Francisco, or Los Angeles.

“Launching a brand like [Feat] is a game of the funnel. It’s like: How many eyeballs can you get anywhere on the internet?” says Offer, who claims to generate an average of $4,000 in Feat sales every time he posts on LinkedIn. Customers who use the code “Linkedinfluencer” can unlock a special deal, his LinkedIn page notes.

As for his unusual descriptions of past jobs, Offer says it’s part of being honest and real. “We were all interns at some point. We all kind of messed around and did nothing,” he says. “I’m lucky to be in a position where I can just have fun with it.”

Offer is among a special breed of internet influencer indigenous to the business-focused social network. TikTok has Charli D’Amelio and her viral dance moves; YouTube has MrBeast and his stunts. On LinkedIn, gregarious entrepreneurs like Offer seek to garner large followings by casting themselves as authorities on the art of making it.

And, just as Instagram, YouTube, and TikTok have cultivated their roster of influencers by providing them with various perks and support, LinkedIn, which is owned by Microsoft and has 850 million members, is pouring money and resources into developing its own crop of homegrown stars.

Around one and a half years ago, the company hired a team of about 60 creator managers who help Offer and others harness opportunity by guiding content, providing coaching and mentorship. It’s part of the company’s $25 million investment into creators—influencers—on the platform. A flagship of the fund is the six-week LinkedIn Creator Accelerator Program, available in the U.S., India, Brazil, and the U.K, which educates handpicked talent on utilizing LinkedIn’s creation tools, life within LinkedIn, and its success stories.

“We had a lot—and when I say ‘a lot,’ I mean a lot—of guidance, a lot of different trainings on how to create content,” says 23-year-old Stephanie Nuesi, describing her experience in the 2021 LinkedIn Creator Accelerator Program. During the training, Nuesi, who has since become a financial analyst at Google, was instructed on how to use LinkedIn tools like newsletters and livestreaming, as well as how to edit videos and slide presentations, and counseled on the dos and don’ts of being an influencer.

As many followers as Jamie Dimon

LinkedIn’s influencer efforts are the latest sign of the booming creator economy, which has minted countless internet stars while boosting user engagement, and advertising revenue, on the platforms that host them. But with its mission to “connect the world’s professionals to make them more productive and successful,” LinkedIn is treading a slightly different path than other social networks where the talent need only entertain users.

“I don’t think it’s any great surprise LinkedIn sees a big opportunity [in creators] right now, especially where some of the other platforms are being seen as stale, or there’s a lot of drama a.k.a. Twitter,” says Scott Cowley, marketing professor and director of the Digital Marketing and E-Commerce Program at Western Michigan University. “There is a tremendous opportunity for LinkedIn to draw more attention to the platform through incentivizing really good content to ultimately serve the purpose of the business model: increase ad revenue.”

Every week on LinkedIn, 52 million users seek jobs, and every minute an average of eight people are hired and 9,000 connect, notes a spokesperson for the platform. “The value proposition is very, very clear, because of the fact that you are putting your content and your expertise out there in front of a professional network,” says Katie Carroll, who oversees communities and editorial for LinkedIn North America.

This content, along with LinkedIn’s job search functions and messaging, has led to “record” engagement on the platform for 16 straight quarters, Carroll says, helping to increase revenue by $768 million—or 26%—in the fourth quarter of 2022 (a highlight for parent Microsoft this earnings season).

While LinkedIn has long offered established moguls like Virgin’s Richard Branson and Arianna Huffington a platform to publish their thoughts, the company has added options for other not-quite-so-famous users to become thought leaders. Any LinkedIn user can switch their profile to “creator mode,” which changes the default action to “follow” rather than “connect” and highlights their original content. Creators with over 150 followers, fresh content, and good standing on the platform can post content via additional means like newsletters and live video and audio.

The result is an eclectic assortment of characters whose personality sometimes outshines their business bona fides.

Austin Belcak, who has over 1.3 million LinkedIn followers—a following about equal to that of JPMorgan Chase CEO Jamie Dimon—says he is “very anti–hustle culture.” (Hustle culture is performative workaholism that has manifested on LinkedIn and places like WeWork decor, per the New York Times.) Belcak’s claim to fame is his purported rejection by Microsoft five times over before the company hired him as a partner manager in 2015. Writing about this and his other life experiences, like surviving on ramen for breakfast, helped him gain fame on the professional networking platform.

Now he’s translated his LinkedIn influence into Cultivated Culture, a company that educates paying customers on “unconventional strategies to land jobs they love in today’s market (without connections, without traditional ‘experience,’ and without applying online.” He charges between $79 to $447 for content packages containing his “best interview answers,” and framework to “break into any new field (even if you have ZERO experience).”

Nathan Collier, who has a bachelor’s in English and an MBA, has been ghostwriting executives’ LinkedIn content since 2014. “People build their reputations in different ways today because of platforms like LinkedIn,” he says.

Nearly all of the 20-plus startup executives that Collier has helped on LinkedIn have been impressive entrepreneurs. In one case, however, Collier realized a client had faked his credentials. “It wasn’t really like he was making up stories. They were similar to his real experience with a company, but he was inflating the numbers,” he says. “It’s hard to see through that with some of these people, so I stopped working with him once I figured out that was happening.”

A platform that can open doors—and be gamed

While LinkedIn has various systems in place to weed out fake accounts and content that violates its policies, the company does not fact-check the veracity of the claims made by legitimate users and influencers, making it difficult to separate puffery from prosperity. Rather, the platform relies on the peer pressure associated with attaching content to a purported professional identity as “a really great factor” (Carroll’s words) to keep content factual. LinkedIn only investigates profiles and posts with a user-submitted complaint. To report inaccurate information on a LinkedIn profile, users have to make a formal complaint, which involves writing an explanation of the inaccurate information along with a digital signature. The subject of the complaint has the opportunity to make a counterstatement to verify their content, and then a LinkedIn moderator makes a judgment call or takes it back to the original complaint for another round of vetting.

Asked about the risk of reputational damage from unverified information spread by influencers, or from potential fraudsters and charlatans posing as influencers, a LinkedIn spokesperson shared a link to an October blog post detailing new verification and activity sensors that the platform has implemented to help combat these issues.

Perhaps the most notorious example of what could go wrong is ex–Gravity Payments CEO Dan Price, a social media phenomenon who turned his purported fair treatment of workers, women, and minorities into nearly 1 million followers on LinkedIn. In 2021 LinkedIn named him to their coveted Top Voices program for this content, but has since revoked the badge, says a platform spokesperson. Earlier this year the New York Times published an investigation on his leadership, reporting that he used his influence to coerce women, justify poor leadership, and cover up abuse. Though Price resigned after accusations of sexual misconduct, he continues to be fairly active on LinkedIn, where his posts, like a Nov. 30 defense of Elon Musk, attract over 10,000 likes. Price did not respond to Fortune’s multiple requests for comment.

While Price represents a disturbing extreme, fans of LinkedIn’s platform see it as a democratizing force that can open doors that would otherwise be closed to them. You don’t need elite degrees or networks to message anyone or apply for any job on LinkedIn, and by the same token, the service can provide a life-changing platform for someone to showcase a special set of skills or talent.

That was the case for Shanee Moret. Two years ago the LinkedIn creator was living off food stamps and working as a freelance marketer to stay afloat. Moret was posting on LinkedIn up to five times a day with sayings like: “Appreciation is more powerful than we think. It can change someone’s day. Or it can change their life,” that helped her accumulate 1.2 million followers.

More than Moret’s success at her job, it was her knack for tapping her life experience for career motivation, and going viral with the platform’s push into video, that catapulted her to LinkedIn celebrity. Now she says she makes seven figures annually as the founder of the Growth Academy, which teaches paying customers how to curate their online presence. Just like she did. “I couldn’t believe why people were watching me. I was actually shocked,” says Moret. “They’re like, ‘It’s what you say.’”