IPO outlook: After a boom and bust in recent years, 2023 may be the year unicorns Stripe, Chime, and Instacart list shares 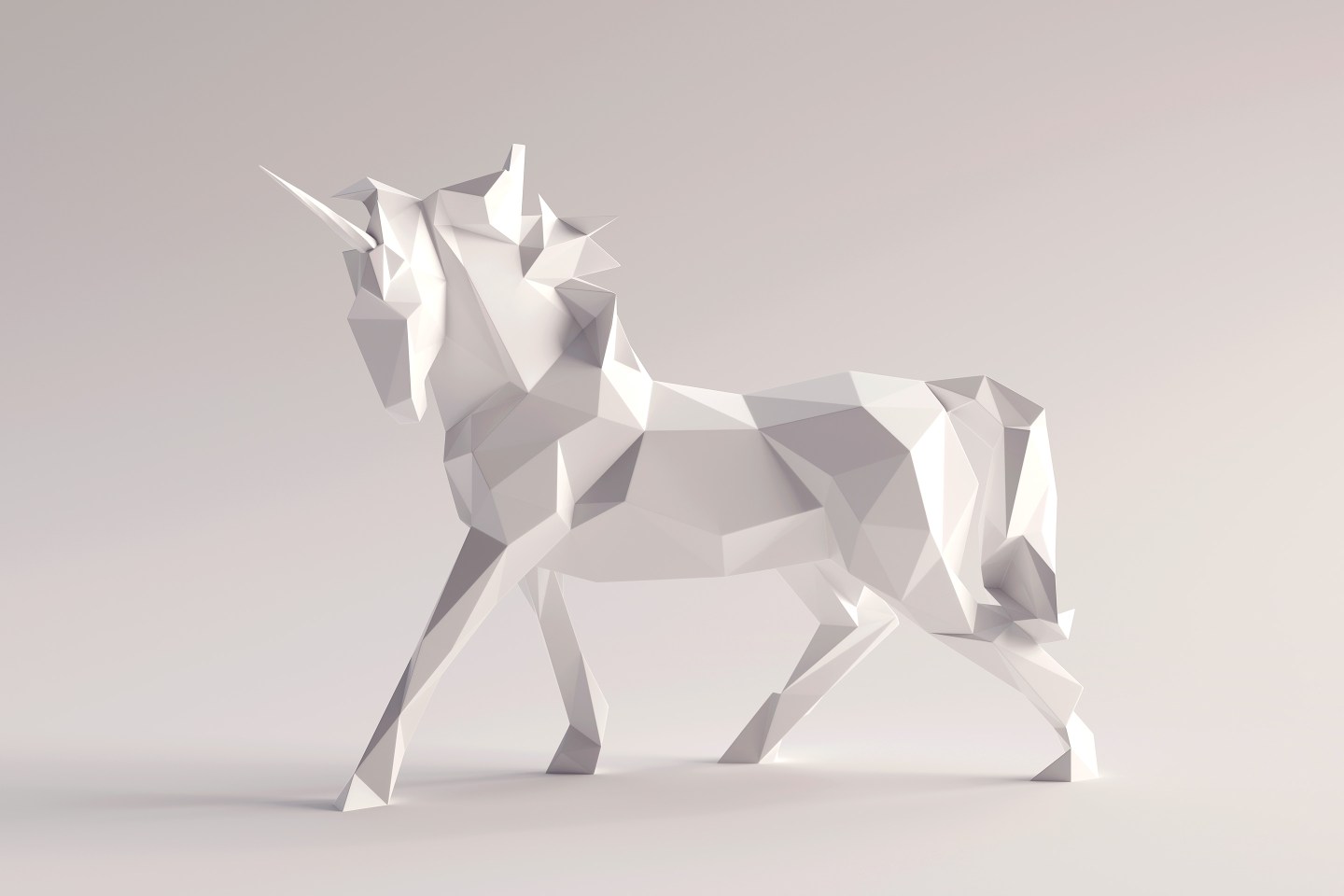 More than 1,200 unicorns are waiting to enter the public markets.
Getty Images

More than 1,000 companies went public in 2021, a record-breaking time for new issues, but this year’s market for initial public offerings was the complete opposite. Only 83 traditional IPOs have priced, raising $8.5 billion as of Dec. 9, according to data from Dealogic. This is a 78% drop from the 384 offerings that raised $148.8 billion for the same time period in 2021. Returns for special purpose acquisition companies, or SPACs, are worse, with the number plunging 86% from last year.

IPOs in 2021 soared to heights not seen since the go-go days of the late 1990s dotcom bubble. Last year, new issues would often double or triple in their first day of trading, raising millions or billions for companies that often had skyrocketing growth but little to no profits. Consider electric-vehicle startup Rivian, which raised $12 billion with its IPO last year.

Eddie Molloy, co-head of equity capital markets at Morgan Stanley, said it was the “double whammy” of the war in Europe and rising interest rates that took the fizz out of the bubbling IPO market. “It was a sharp reversal from one of the most euphoric periods in the last 25 years. It was like falling from a 100-story building, not a 10-story one,” Molloy said.

This isn’t the first time IPOs have gone on pause. The broad market, including the Nasdaq and the S&P 500, typically serve as a feeder for new issues. When stocks suffer a major drop, IPOs will usually go on hold. The last major decline occurred in 2020 when the COVID-19 pandemic caused businesses all over the U.S. to shut down. From February to March of that year, the Dow Jones industrial average lost 37%. This caused new issues to disappear for about two months in 2020 before returning with a vengeance. Similarly, during the Great Recession there was minimal IPO activity for nearly two years, Renaissance Capital’s Kennedy said.

This time around, inflation, rising interest rates, the threat of a recession, as well as the war in Ukraine have caused the Nasdaq to shed 29% from its 52-week high, while the S&P is down 16% from its peak. This year’s IPO market “was effectively shut with the exception of a few sectors and a few large companies,” said Justin Kotzin, head of capital markets at private equity firm General Atlantic.

Investors and issuers are in a state of paralysis as they adjust to the changed backdrop and new cost of capital, Morgan Stanley’s Molloy said.

“We will call 2022 a reset year,” Renaissance’s Kennedy added.

IPO stocks haven’t done well. The bad performance of the so-called class of 2021, which refers to the 396 companies that went public that year, is another major reason IPOs largely disappeared. About 87% of the nearly 400 companies that listed in 2021 are still trading below their offer price, according to Renaissance Capital. “This cast a pall on 2022 deals,” said Anna Pinedo, a partner at Mayer Brown and co-head of the law firm’s global capital markets practice.

There were some notable deals in 2022. Mobileye Global, the self-driving car technology company owned by Intel, raised $861 million and jumped 38% in its first day of trading in October. The stock has remained above its $21 IPO price, trading Tuesday at $33.73, up 60%.  Similarly, sports car brand Porsche went public at €82.50 ($80.30), raising about €9.4 billion ($9.2 billion) in late September and making it the largest European offering in more than a decade. Porsche, which is owned by Volkswagen, traded flat its first day and has since gained about 26% from its offer price.

Both deals were larger than the $300 million to $400 million typically raised by new issues. The two offerings were also completed in very difficult conditions, producing some big wins for the IPO market. “While both were great outcomes, they didn’t reopen the IPO market,” said GA’s Kotzin. (General Atlantic bought a $100 million stake in Mobileye during the IPO, according to a regulatory filing.)

Thirteen biotechs also listed their shares this year, raising $1.64 billion. Life sciences and EV makers are niche plays that operate separately from the rest of the IPO market, executives said. For example, VinFast Trading & Investment, an EV automaker, made public the prospectus for its IPO on Dec. 6. It’s possible that VinFast, a unit of Vietnamese conglomerate Vingroup, could list in early 2023, making it the first U.S. IPO of a Vietnamese company. VinFast did not return messages for comment.

But for other sectors, stocks need to stabilize before new issues can begin trading. During the last two major stock market crashes of the past 20 years, the Nasdaq needed to rally 40% to 50% before IPO activity really normalized, Renaissance Capital’s Kennedy said.

In 2022, stocks never stabilized enough for the IPOs market to really get started, although they did get close many times. Kotzin, of General Atlantic, said a handful of IPOs may trade during the spring. But a more vibrant active market, with a regular cadence of companies from many sectors listing and busy equity capital markets desks, likely won’t happen until the summer or fall of 2023, he said.

Andrew Wetenhall, co-head of equity capital market at Morgan Stanley, noted that the market for follow-on offerings, when public companies sell additional equity, has been episodic this year. Issuance windows for secondaries have been choppy overall, on for a couple days and then off, Wetenhall said. Investors in 2022 waited for the best windows to buy; the only multi-week meaningful scale issuance periods occurred in late July to early August and prior to Thanksgiving. “Until we have a more consistently performing follow-on market, we’re unlikely to see a sustained IPO window as visibility on trading and liquidity remain critical factors in investor decision making,” Wetenhall said.

More than 1,200 unicorns are waiting to enter the public markets, Fortune has reported. This includes several high-profile companies, such Stripe, Plaid, Instacart, Reddit, and Chime. Most of those will likely have to wait until the IPO market returns, whenever that happens. When IPOs do reemerge, high-profile startups will likely not be part of the first wave of companies seeking to list their shares.

Sectors that will lead the return will likely be different from 2020 and 2021, when tech and high growth stories dominated, Morgan Stanley’s Molloy said. “With investors more focused on profitability, sectors like financial services, energy, industrials, and renewables will be more active,” he said.

One of the big stories this year was also the SPAC implosion. Blank check companies typically have two years to find a merger partner or risk having to give the money they raised through an IPO back to investors. SPACs were a driving force in the IPO markets of 2020 and 2021,  attracting big-name investors like venture capitalist Chamath Palihapitiya, hedge fund executive Bill Ackman, and many private equity firms.

But regulatory scrutiny, along with the broad market downturn, impacted all IPOs and caused blank checks to retreat. In July, Ackman opted to wind down Pershing Square Tontine Holdings, his $4 billion SPAC, and return the money to investors. Similarly, Palihapitiya said in September he would also wind down two of his remaining blank check companies. Just 83 SPACs have gone public this year, down from 613 in 2021, according to SPAC Research.

More than 20 blank check companies in December have given up trying to find a partner and have opted to redeem. That number might grow. “There may be another 40 to 60 SPACs or so that liquidate this month due to pending deadlines,” said Benjamin Kwasnick, founder of SPAC Research, in an email.

SPACs, when they merge with a company, don’t do well, trading on average at $2 to $3 a share. The poor performance means it’s unlikely SPACs will be the top choice for most companies seeking to list, one private equity executive said. But this doesn’t mean blank checks will disappear. Expect SPACs to remain a small part of the IPO market and nowhere near as prominent as they were in 2021. “I would need to see lots of things start to work before I would dip my toe back to SPACs,” the PE exec noted.