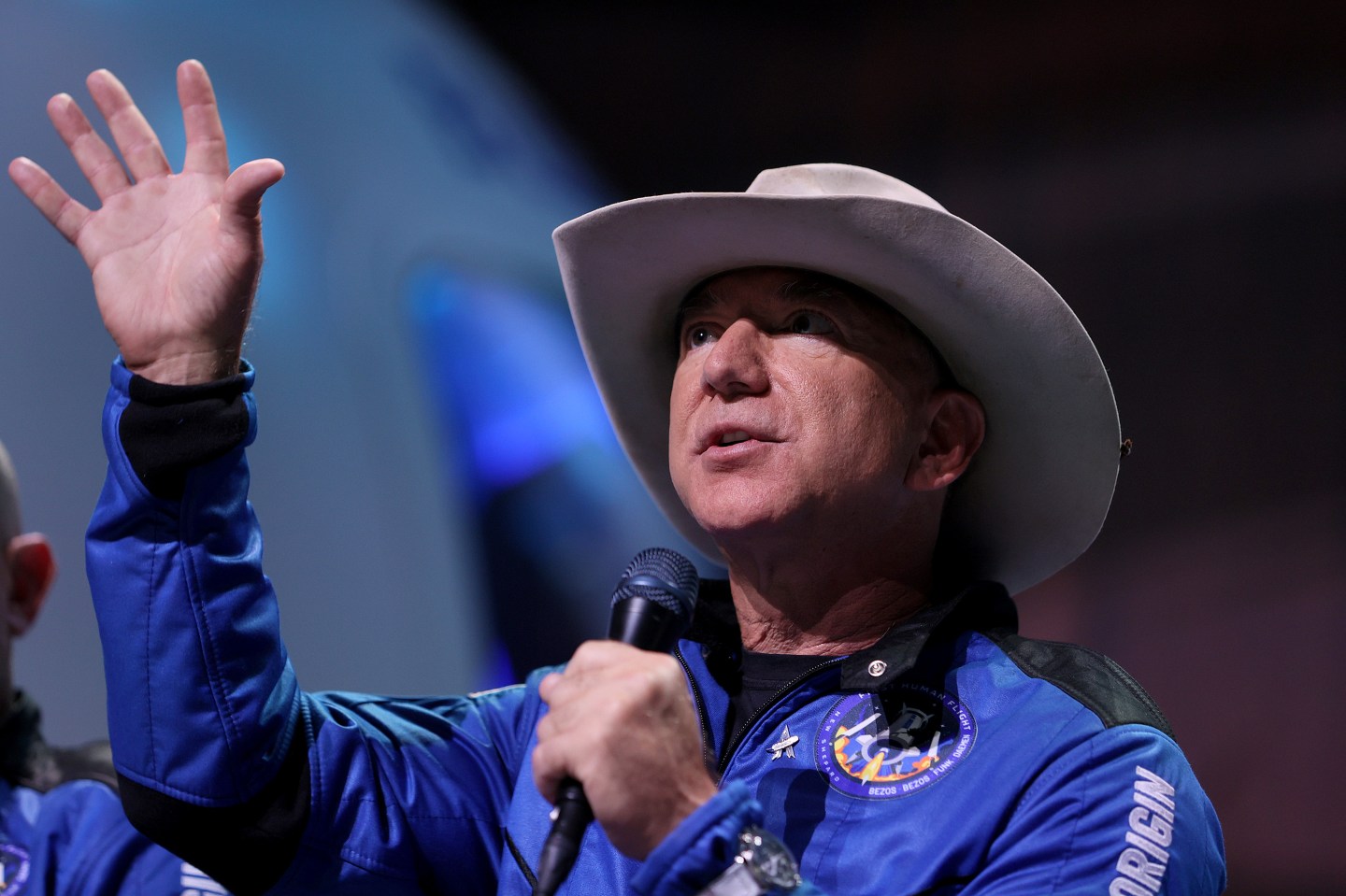 Jeff Bezos is taking his rocket company to the next frontier: Kid’s cartoons.

Blue Origin has partnered with Genius Brands and SMAC Productions to develop and produce an animated series that’s meant to inspire future astronauts. Details of the show, named Blue Origins Space Rangers, such as where it will air, have not yet been announced. (Amazon, it’s worth noting, was not listed as a partner, though that doesn’t preclude the chance the series will air on Amazon Prime.)

Bezos (who was on the company’s first flight last July), as well as Good Morning America host Michael Strahan, who flew on a Blue Origin flight last December, will appear on the show. (Strahan is a partner in SMAC Productions.)

“Blue Origin Space Rangers will feature junior astronauts and adult leaders, who will live, create, and experiment together as they explore the infinite possibilities of life in space,” said Genius Brands in a statement. “With the mission to spark curiosity and encourage creativity among kids and families, the series will take audiences on a journey to explore the universe, science, new worlds, and perhaps new beings.”

Michael Hirsh, who produced the original Star Wars animation of Ewoks and droids, will co-produce the show.

Blue Origin has already turned heads, in part by who Bezos and company have invited on board. Beyond Strahan, the company has taken William Shatner to the edge of space. Earlier this year, though, it suffered its first major failure, aborting a launch of its (unmanned) suborbital New Shepard rocket shortly after takeoff in West Texas. The U.S. Federal Aviation Administration is investigating the incident.