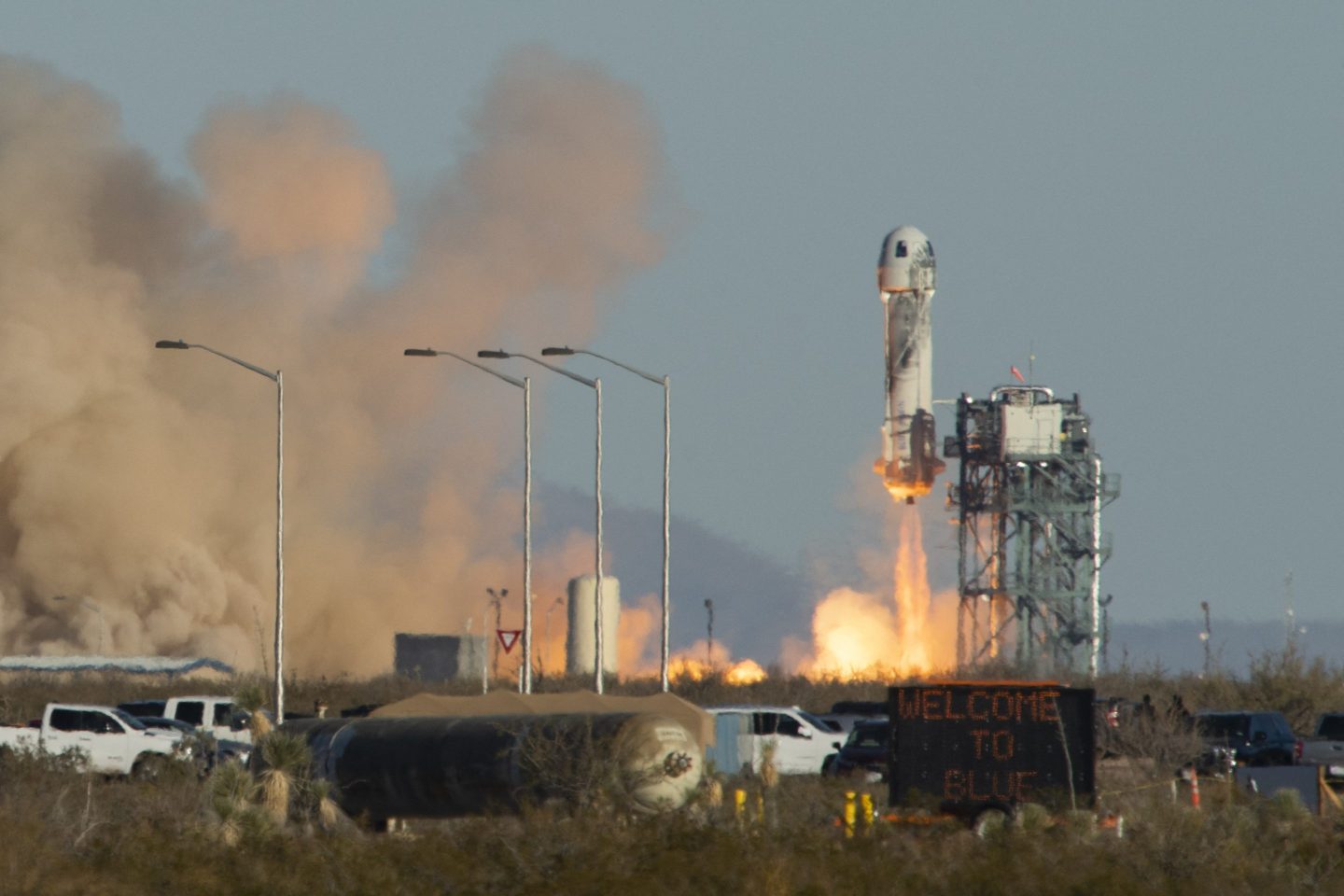 No people were on board for Monday’s flight, which was carrying a host of payloads, though a similar version of the same vehicle is used to regularly take paying customers to the edge of space and back. The U.S. Federal Aviation Administration said it would probe the incident.

Details of the failure haven’t been disclosed. Just over a minute after takeoff, the New Shepard rocket appeared to suffer an engine problem and veer off course, prompting the emergency abort system to kick in.

“This wasn’t planned, and we don’t have any details yet,” Erika Wagner, senior director of emerging space markets, said during Blue Origin’s livestream of the launch. “But our crew capsule was able to escape successfully.”

Once the failure occurred, the capsule on top of the rocket, used to carry payloads, ignited its thrusters and quickly separated from the rocket. The capsule landed safely under parachutes. A similar abort technique would be used to save passengers in case people were flying on board the rocket during a failing launch.

“You can see how our backup safety systems kicked in today to keep our payload safe during an off-nominal situation,” Wagner said. “Safety is our highest value at Blue Origin.” Blue Origin ended the launch livestream after the capsule touched down in the desert.

A Blue Origin representative said to stay tuned to twitter for updates.

This was the ninth planned flight of this particular New Shepard booster. The New Shepard is a fully reusable vehicle, and the booster is designed to land upright following a successful launch to space.

The New Shepard rocket has had a nearly perfect flight record up until now, save for one partial failure early in its testing campaign.

This was the first all-payload New Shepard flight for Blue Origin since August of 2021. Blue Origin has started routinely flying passengers on New Shepard since July of 2021, when the company launched Bezos, its founder, to space.

In September of 2021, a group of current and former Blue Origin employees penned a collective essay accusing the company of a toxic work environment, as well as alleging safety issues. In December, the FAA cleared Blue Origin after conducting a review of the company’s safety culture.

The FAA, which licenses commercial launches, said in a statement Monday that it would oversee the investigation of the New Shepard “mishap.” The FAA reviews incidents on space flights, but Congress has prevented it from enacting safety regulations beyond protecting uninvolved bystanders.

“No injuries or public property damage have been reported,” the FAA said, noting the booster landed within a designated “hazard” area. “Before the New Shepard vehicle can return to flight, the FAA will determine whether any system, process or procedure related to the mishap affected public safety.”

—With assistance from Alan Levin.