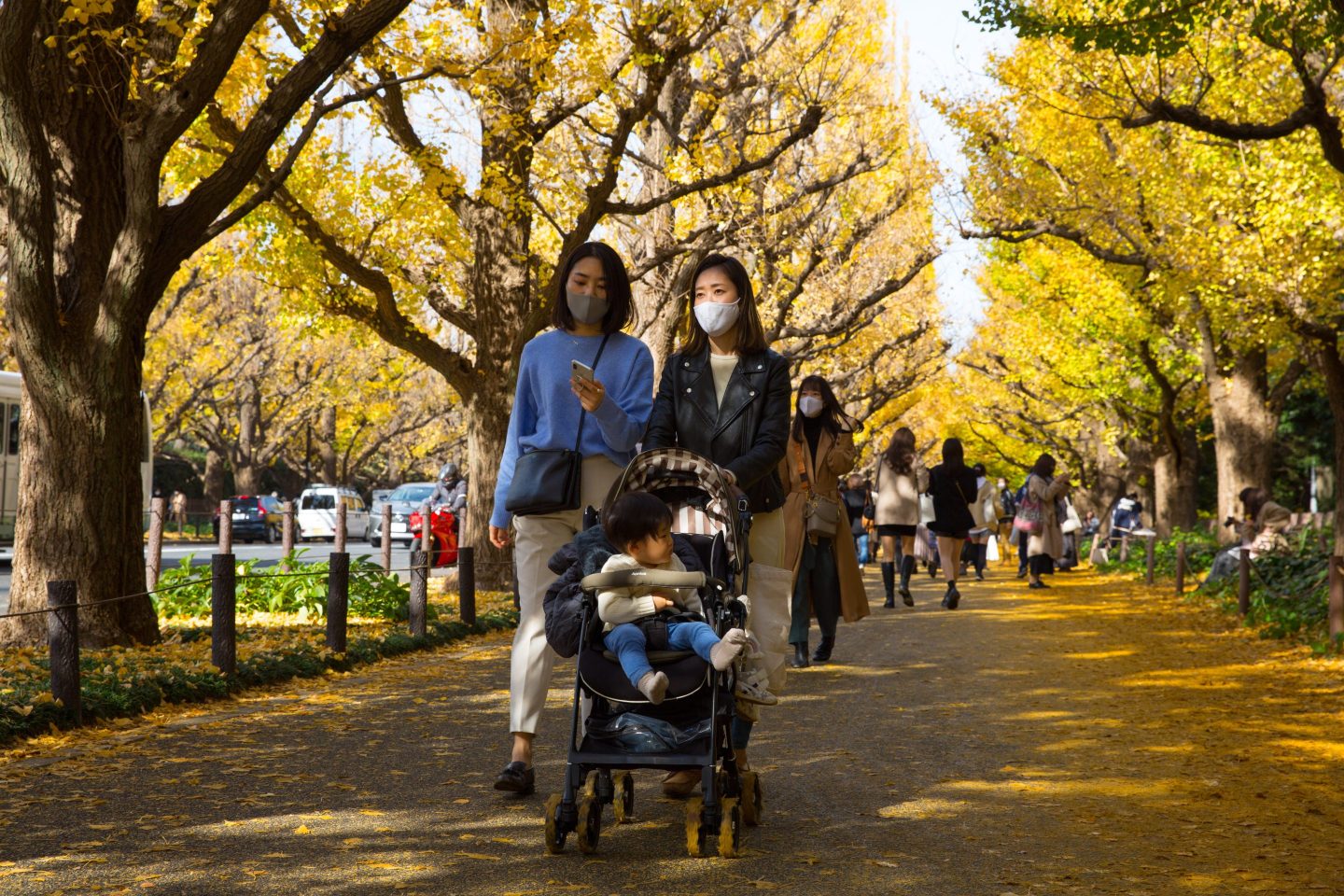 Another East Asian country is seeing a sharper-than-expected drop in fertility as COVID accelerates a demographic shift in the region.

Japanese officials reported this week that the country reported just under 600,000 births in the first nine months of the year. That means Japan is on track to record fewer than 800,000 new births for 2022 for the first time on record, according to calculations by Nikkei Asia.

The decline in births is sharper than expected. Japan was not expected to drop below the 800,000 threshold until 2030, according to the National Institute of Population and Social Security Research.

Japan’s population has been shrinking since 2010, when the population peaked at 128.5 million. The United Nations currently projects that Japan’s population will fall below 100 million around 2050, but the faster-than-expected decline in fertility may mean that Japan reaches that threshold ahead of schedule. The country now has 125.6 million people.

A shrinking population is also an aging one: the country’s median age is 48.7 years, up from 40.7 years in 2000. By comparison, the median age in the U.S. is 37.9 years, while the median age in India–poised to overtake China next year as the world’s most populous country–is 27.9 years.

Japan is worried about the country’s shrinking population, which its top government spokesperson described as a “critical situation” on Monday. A shrinking working-age population would need to work more efficiently to sustain the economy, as well as support a growing elderly population.

Tokyo has tried to support the country’s birth rate since the 90s, from offering subsidies to parents to developing A.I.-enabled matchmakers. Yet these policies have not helped the country’s fertility rate return to replacement level—commonly pegged at 2.1 children per woman.

Several other Asian governments are also now confronting the same demographic challenge as Japan. Wealthy economies like South Korea and the semi-autonomous Chinese city of Hong Kong have some of the world’s lowest fertility rates, at 0.81 and 0.77 births per woman respectively.

Even developing countries in Asia are seeing steep declines in fertility, in part due to the COVID pandemic. This year, the Philippines saw its sharpest-ever decline in fertility, dropping to 1.9 births per woman, compared to 2.7 children in 2017.

The biggest change may come from China, which in November reported its lowest number of births since 1961, in part due to the COVID pandemic and the country’s tough COVID-zero response to the disease pushing families to delay having children.

China has also tried to support new parents, including loosening the infamous One Child Policy that limited households to one child. China allowed families to have two children in 2015 and expanded that limit to three children in 2021. Yet these policy changes have not changed the country’s demographic transition, and now official demographers predict China’s population could start shrinking by 2025.

Countries facing—or already experiencing—a shrinking population may have few policy options available. “Almost no policies have affected the total number of children that people will choose to have,” Stuart Gietel-Basten, a professor of demographics at Khalifa University, previously told Fortune.