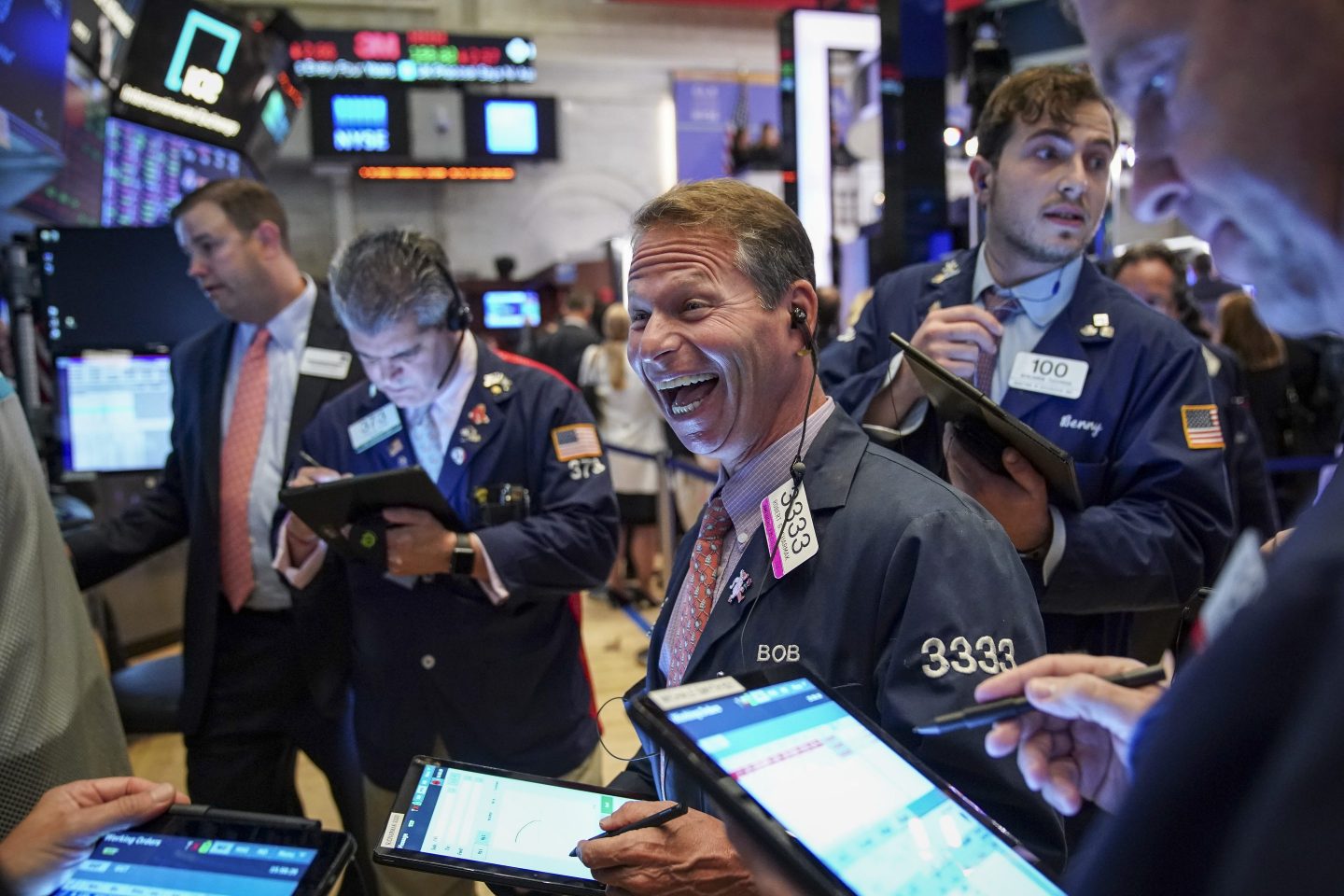 On the floor of the New York Stock Exchange, Oct. 2, 2019.
Drew Angerer—Getty Images

The past year hasn’t been kind to investors. With the highest inflation in four decades forcing the Federal Reserve to jack up interest rates in an attempt to cool the economy, stocks, bonds, and real estate have all been hit hard.

But lately, there are signs the Fed’s aggressive policies are starting to work, which could be a boon for asset prices. Year-over-year inflation, as measured by the consumer price index (CPI), dropped from its 9.1% June peak to just 7.7% in October.

While the 5% year-over-year core PCE reading was still well above the Fed’s 2% target inflation rate, economists argue that the latest data is a sign the worst of U.S. inflation may be over.

“Inflation is slowing. October saw a drop in durable consumer goods prices, with inventories of most non-auto products higher and businesses beginning to discount again,” Bill Adams, chief economist for Comerica Bank, told Fortune. “Gas prices were down in November from October, which will contribute to a further deceleration of inflation in the next report as well.”

Jeffrey Roach, LPL Financial’s chief economist, noted that rent prices, which are a key component of inflation, are “starting to ease across the country,” too.

“Given this inflation data, the Fed should be comfortable with a downshift in the pace of rate hikes,” he said.

And EY Parthenon chief economist Gregory Daco said that he believes the Fed’s favorite inflation gauge will drop below 3% by the second half of next year.

“If inflation keeps coming down, then markets will keep running higher, as investors will conclude that the Fed won’t need to raise rates as high, or keep them high for as long as previously expected,” he said.

Zaccarelli went on to argue that the upcoming CPI report on Dec. 13 will be “the most important inflation report of the year,” because it could “confirm the downtrend.”

While most economists and investment officers believe that inflation will continue to fall—enabling the Federal Reserve to slow the pace of its interest rate hikes, boosting asset prices—many also warn that a recession could crash the party.

“The broader economic picture is darkening,” Daco said, noting that the housing market is “tumbling” under the weight of the Fed’s rate hikes and businesses are pulling back on investing and hiring.

“Our view remains that a recession will likely unfold in early 2023,” he added.

Even Fed officials believe a U.S. recession over the next year is “almost as likely” as their baseline scenario for a “soft landing,” the Federal Open Market Commitee’s November meeting minutes show.

And with layoff announcements becoming more frequent, some economists are beginning to question the stability of the labor market, despite the 3.7% unemployment rate seen in October.

“With the labor market turning, slower inflation won’t be enough for the U.S. economy to stick the landing,” Comerica Bank’s Adams said. “Many businesses are throttling back on hiring despite continued widespread labor shortages.”

Independent Advisor Alliance’s Zaccarelli also noted that if inflation surprises to the upside in December, then “all bets are off, and we could see a selloff into year-end.”

And Mark Haefele, chief investment officer at UBS Global Wealth Management, said in a Thursday research note that he doesn’t believe “macroeconomic conditions for a sustained market rally are yet in place.”

Haefele expects an economic slowdown to cut S&P 500 earnings by 4% in 2023, which means investors would be wise to seek out value stocks and “defensive areas” in the stock market like the health care and consumer staples sectors.

Morgan Stanley’s chief investment officer and chief U.S. equity strategist Mike Wilson has also warned that markets could be in for more pain ahead.

“The bear market is not over,” he said. “We’ve got significantly lower lows if our earnings forecast is correct.”