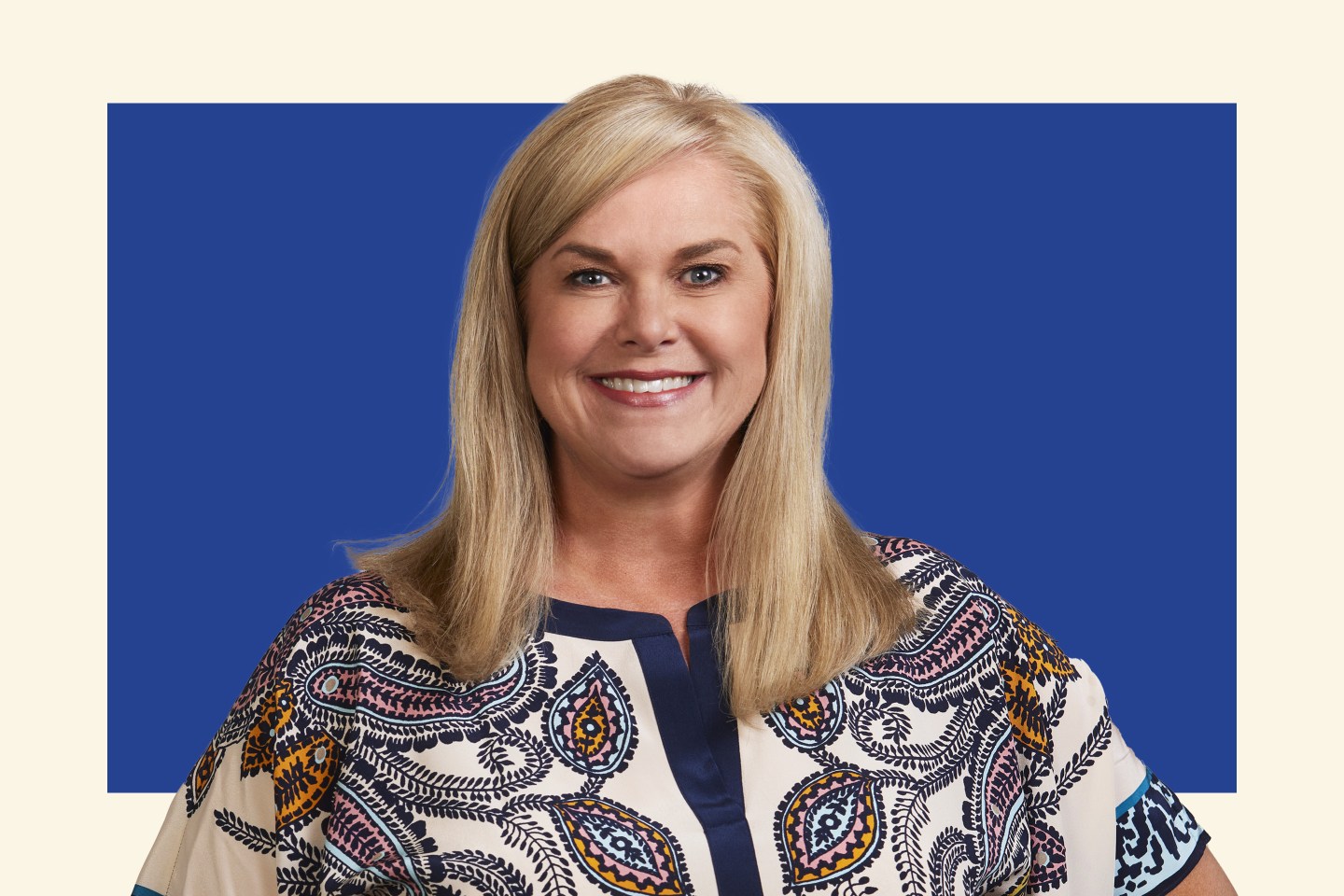 Shannon Sisler, chief people officer at Crocs, infused the company's "Come As You Are" mantra into its HR strategy.
Courtesy of Crocs

Few companies exude “come as you are” energy quite like Crocs. No, really. It’s not just a fashion commentary for a brand consumers love to rag, it’s the company’s actual mantra for employees, which they typically shorten to “CAYA” in casual conversation.

Shannon Sisler, Crocs’s chief people officer, has worked to integrate the mentality into every aspect of the company’s people strategy since she joined in 2017. Five years later, she says those efforts are bearing fruit on the engagement and diversity front.

Crocs released its first ESG report tracking representation earlier this year. Women make up 67% of its global workforce, and 50% of U.S. employees identify as people of color. Black and Hispanic workers represent 19% and 24% of its U.S. workforce. Sisler spoke with Fortune about how she’s using Crocs’s whimsical mantra to attract diverse hires and drive employee engagement.

Crocs had just introduced ‘Come As You Are,’ which was meant to be a consumer-facing mantra. The company had never had a chief people officer. HR reported to legal, and the people practice wasn’t necessarily at the forefront of the company’s turnaround. But when Andrew Rees became CEO in 2017, I think he realized the importance of people in the overall turnaround story.

I was fortunate to come in with a blank sheet of paper and say, ‘What are the people practices we need to put in place to position us for future success?’ I also partnered quite closely with my marketing colleagues. We’ve been very intentional about the consumer and employment brands coming together so that ‘Come As You Are’ is authentic inside and out.

More HR leaders are working closely with marketing to develop a value proposition for employees. What initiatives are you championing that represent the CAYA brand?

We don’t have traditional affinity groups like other organizations. Instead, we have CAYA Councils all over the globe that focus on inclusivity.

In engagement surveys, employees score us highly on feeling they can be their authentic selves and that diverse backgrounds are accepted at Crocs. For us, it’s about making sure that it is felt and experienced all over the globe. The CAYA Councils help do that by addressing topics that are important to that part of the world.

What do you feel CAYA Councils accomplish that maybe an ERG or a traditional affinity group struggles with?

It’s hard to say, ‘I am just aligned with one ERG.’ We’ve noticed that our workforce is an amazing tapestry of people with different beliefs and backgrounds, and so we’ve found that being more inclusive with the whole concept of belonging seems to work better than saying, ‘We want you to narrowly focus on one topic.’

Women make up the majority of your workforce. Why do you think that is?

I like to say it starts with our shoes, which sounds sort of silly, but our shoes are so expressive, and people walk the office halls in their casual clothing. What you find is that if you can create that comfortable atmosphere, which is what we strive for, you start to see people be more authentic with who they are.

Two-thirds of our global workforce are women—even half of our executive team is women. We also have a big LGBTQ community within the organization, and over 50% of our American workforce are people of color, so I think we’re just a place where people say, ‘Wow, I can be myself.’ And that seems to attract and retain people.

What innovative policies and benefits have you implemented that support such inclusion?

‘Delightfully democratic’ is one of our values, and our return-to-work policy is an example of that. We took a role-based perspective instead of a people-based perspective, which solely addresses whether an individual gets to work remotely. A role-based approach clearly identifies whether a role can have flexibility and why. We post that on the job listing and try to be extremely transparent in communication.

That transparency has served us well through the pandemic. Unlike other companies that have faced a disproportionate number of women leaving the workplace, we have not seen disproportionate exits at our organization. I think that’s because we’ve been transparent, set realistic expectations, and given time and understanding for people to make the accommodations needed.

Older Gen Z workers are still largely MIA in the workplace. Employees in their early 20s have been slow to reenter the labor force as the pandemic eases. Workforce participation for workers between the ages of 20 to 24 averaged just over 70% last month, down from 72.1% in 2019, according to the Labor Department. For context, that’s about half a million workers who have vanished from the workplace.

- Starbucks employees at more than 100 stores went on strike during the company's annual Red Cup Day on Thursday, one of its busiest days of the year. CBS News

- Laid-off tech employees could find jobs in the sustainability sector, which is eager to hire skilled engineers as it expands. Slate

- U.S. salaries this year increased at the highest rate since 2007 due to the labor shortage and high inflation. Bloomberg

Stayed loyal. In a testament to the power of flexibility, a Prudential Financial report found that hybrid employees have a higher rate of company loyalty than fully in-person and fully remote employees. —Chloe Berger

CRO. Chief remote officers are the latest C-suite addition. They’re responsible for redefining company culture and making sure remote and hybrid workers have the tools they need to be productive. —Trey Williams

Baby bust. People are having fewer children than ever, which could mean the labor shortage will continue for years as older workers retire with no one to take their place. —Alena Botros