How to raise $2 billion with a sloppy Excel spreadsheet 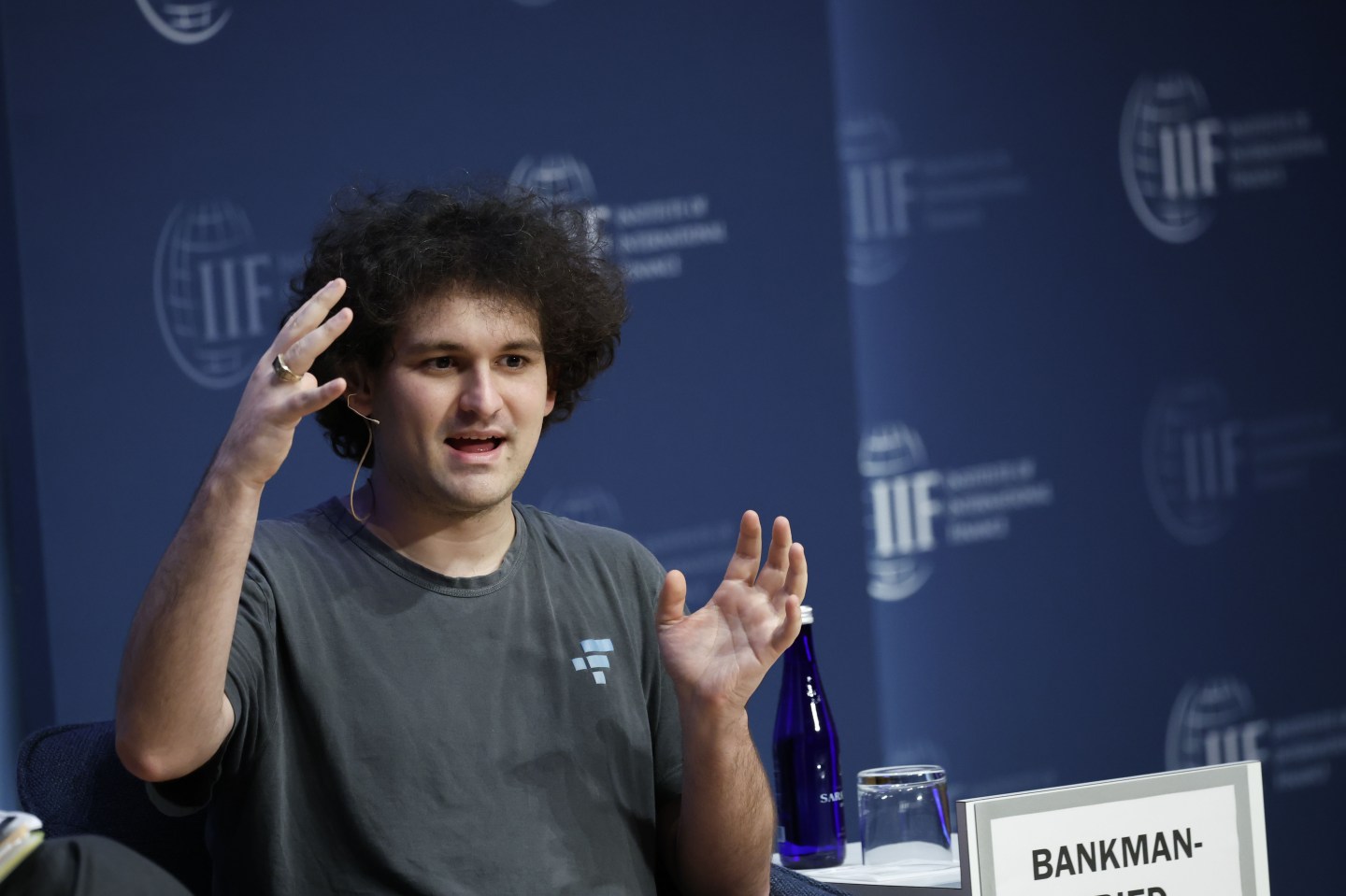 Just when you thought the story of the downfall of crypto exchange FTX couldn’t get any worse, there are yet more jarring details and it involves every CFOs worst nightmare: messy Excel spreadsheets.

Sam Bankman-Fried, the CEO of FTX (which spun out of Alameda Research in 2019), who stepped down last week as the exchange filed for bankruptcy, by his own telling had “a poor internal labeling of bank-related accounts,” as he tweeted. But he also had a rather amateurish pitch, too. That’s alarming since the company, headquartered in the Bahamas, raised about $1.8 billion through several rounds of funding. It attained a $32 billion valuation in January. FTX was backed by some of the biggest venture companies including Sequoia Capital, SoftBank, and Tiger Global Management.

My colleague Luisa Beltran obtained documents that showcase SBF’s style. “With each round FTX raised, Bankman-Fried sent a spreadsheet to potential investors displaying items like revenue, profit and losses, daily users, and expenses for FTX, according to an executive who received the documents,” Beltran writes. “Fortune was sent two sets of spreadsheets on the condition that we could review but not publish the original documents, which were dated December 2021 and June 2022.”

She continued, “Taken together, the documents show an early picture of an outrageously fast-growing enterprise run by a founder who eschewed traditional management structures, board oversight, teams of accountants and lawyers, and other standard practices of businesses that grow to this size. The spreadsheets are a far cry from audited financials; rather, they appear to be homespun Excel files, which are at times confusing and have inaccurate labels.”

“They are sales documents and do not provide a clear accounting of how FTX was valuing its various tokens or liabilities when calculating figures such as ‘net profits,'” Beltran writes. “And yet Bankman-Fried was able to translate such documents into nearly $2 billion from some of the savviest investors around.” For more details about the figures on the spreadsheet and analysis, read Beltran’s complete story here.

“Typically, an early-stage private company will share a deck with prospective investors,” Murphy explains. Many times these companies don’t have much to share regarding financial activity or audit, he says. “If an investor expresses interest, the company will sometimes send documents to support the investor’s diligence, including a term sheet, cap table, corporate documents like articles of incorporation and corporate bylaws, prior financing docs, contracts, financials, tax returns, etc.,” he says. Later-stage private companies typically offer to a prospective investor a link to a data room that includes all of these aspects, Murphy says.

However, “For a company at the stage and value of FTX, fundraising documents are normally detailed legal agreements that include significant provisions to protect the investor from fraud and conflicts of interest (now and in the future),” says David Spreng, chairman, founder, and CEO at Runway Growth Capital LLC. “It is very unusual for a company raising hundreds of millions of dollars (or at such lofty valuations) to not have audited financial statements,” Spreng adds. “Most late-stage equity investors and lenders require audits.”

Another factor to consider when it comes to fundraising documents is the requirements of the country where the company is located, Qian (Cecilia) Gu, an associate professor at Georgia State University’s J. Mack Robinson College of Business, told me. Gu specializes in venture capital investment. “The regulations matter a lot,” she says. “If you’re headquartered in the Bahamas, then it’s a very different business than if it were set up in the United States. The extent to which you disclose information and present your financials depends on the stage, the industry you’re in, the environment, and governmental regulations…That’s why we see a lot of the companies register overseas for disclosure reasons.”

Perhaps FTX investors were satisfied with a hot mess spreadsheet. Or maybe they didn’t really seem to care because the numbers the spreadsheet contained were almost too good to be true.

In October, 13 M&A deals were announced in the U.S. banking sector, S&P Global Market Intelligence found. The total deal count so far this year is 139, down from 176 over the same period in 2021, according to the report. The aggregate deal value in October was $1.01 billion, down from September's $1.50 billion. "Bank M&A activity remains hot in the Lone Star State," S&P Global Market Intelligence states in the report. "Three of October's announced targets are headquartered in Texas, pushing the state's total deal count to 14 in 2022, the second-highest in any state after Illinois."

"The economic state of Latinos in the U.S.: Determined to thrive," a new report by McKinsey, finds that U.S. Latinos account for the fastest growing portion of U.S. GDP. As consumers, Latinos already represent a $1 trillion market, and their spending power is rising (6% annual growth in the last decade). However, the needs of Latino consumers are unmet in many product categories offered, from food and beverages to financial products, the research found. "If brands address the drivers of dissatisfaction in terms of access and value proposition, there is a collective $109 billion of revenue at stake, when considering current spending and future potential should improved products be offered," according to McKinsey.

John Klinger was promoted to EVP and CFO at The TJX Companies, Inc. (NYSE: TJX), an off-price retailer of apparel and home fashions, effective Jan. 29, 2023. Klinger will continue to report to Scott Goldenberg, the company's CFO since 2012. Goldenberg will take on the position of senior executive vice president of finance. Klinger joined TJX in 2000 as a manager of business analysis at Marmaxx. He held various finance positions within HomeGoods and Marmaxx before being promoted to VP, divisional CFO for AJWright. Klinger then held the positions of VP of corporate finance and SVP, divisional CFO, TJX Europe. He later became EVP and corporate controller. Before joining TJX, Klinger was the director of finance at the Stride Rite company.

Ben Halladay was promoted to CFO at Esperion (Nasdaq: ESPR), a pharmaceutical company, effective Nov. 16. Halladay has served as the company’s senior director of financial planning and analysis since August 2022. Before joining Esperion in January 2020, Halladay held a variety of finance roles at National Oilwell Varco, BMC Software, and Pfizer. At Esperion, he will serve as a member of the executive management team and report to Sheldon Koenig, president and chief executive officer.

“The crazy kids in the garage approach doesn’t work well with blockchain technology. You need governance and risk management and all the things crypto people think are boring.”

—Pascal Gauthier, CEO of Ledger, a leading purveyor of hardware wallets for securely storing digital currencies, told Fortune that is a big lesson from the meltdown of the crypto exchange FTX.