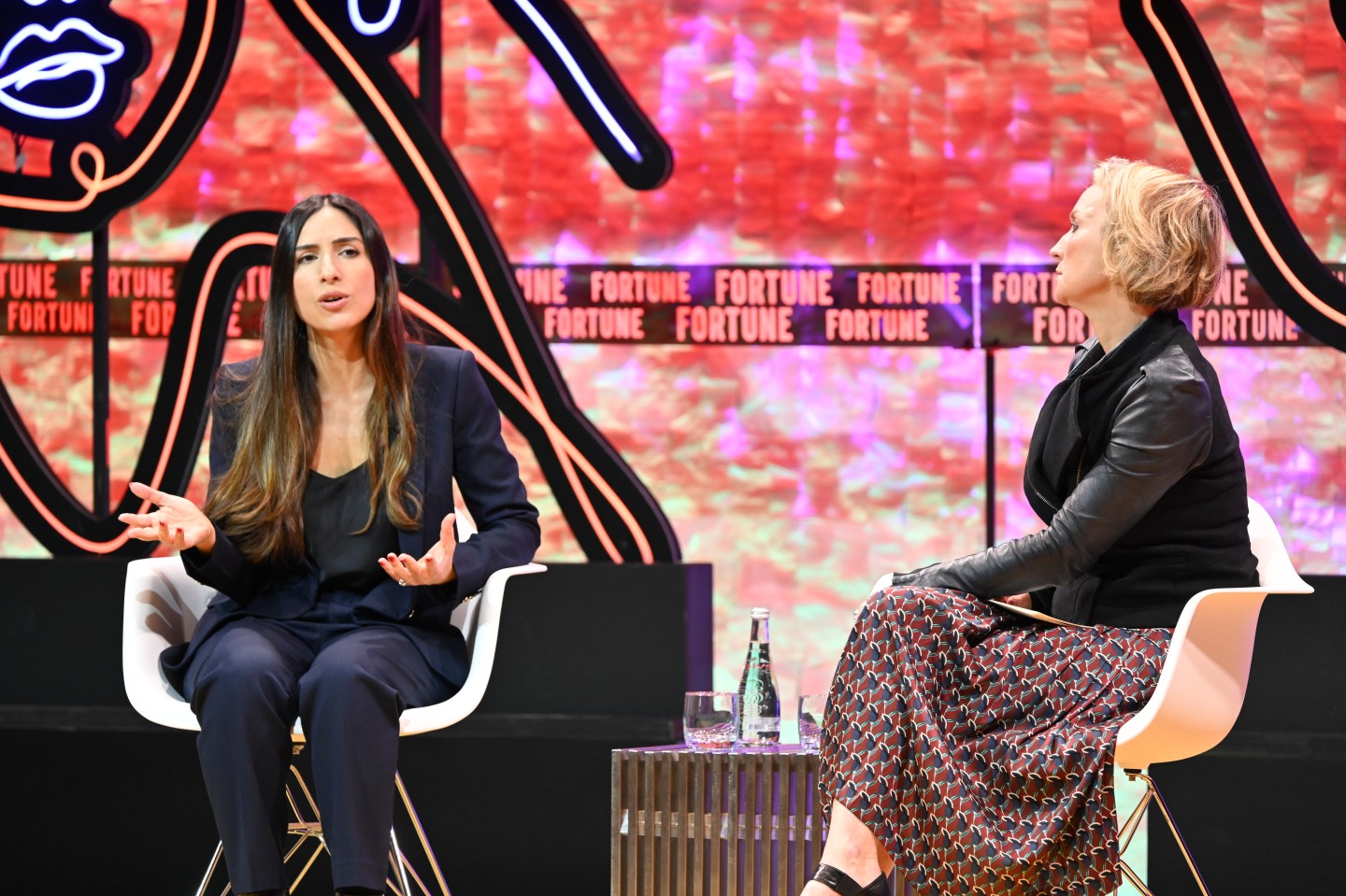 Good morning, Broadsheet readers! Karen Bass is elected as the first female mayor of Los Angeles, Congress passes a bill voiding NDAs involving sexual misconduct, and activists call for Iran’s removal from the UN’s Commission on the Status of Women.

– Calls for removal. Protests have exploded across Iran in the two months following the death of 22-year-old Mahsa Amini while in police custody. More than 348 protestors have been killed and over 15,000 arrested. Many arrested await trial and face long prison sentences or even execution.

Iran has dealt with recurring protests since December 2017, but the current protests mark a significant shift.

“It’s now described as a revolution,” Gissou Nia, a human rights lawyer at the Atlantic Council in Washington, D.C., told Vital Voices CEO Alyse Nelson at the Fortune MPW Next Gen Summit on Wednesday. “With the prior protests, they would eventually peter out, state security forces would come and kill hundreds, if not thousands of people, and the protests would end.” Today’s protests are different, she said. Iranians are flocking to the streets and refusing to go home despite the incredible risk.

Activists have set their sights on the United Nations Commission on the Status of Women (CSW) and called on the global governing body, exclusively dedicated to gender equality and women’s empowerment, to remove Iran from the group. The country joined the CSW in March, giving it policymaking influence for women globally.

“The Islamic Republic has used that body and platform to shape the norms from the inside. Their position is that women’s place is only in the home and that we should only be in the domestic sphere,” Nia said. “It might sound a bit odd to us, but there are receptive ears across the world who say, ‘Yeah, that’s right. We see the truth in that.’”

Removing a country from the UN commission would be a first; no member has ever been kicked out of any of the eight commissions in the UN Economic and Social Council (ECOSOC). Several notable women have called for Iran’s removal, however. Among them are U.S. Vice President Kamala Harris, New Zealand prime minister Jacinda Ardern, media mogul Oprah Winfrey, former first lady Michelle Obama, and Nobel Peace Prize laureate Malala Yousafzai.

There’s no telling if or when the UN will remove Iran from the CSW. More than half of the 54 member states of the ECOSOC would have to agree on the country’s removal. Nia said that she and other Iranian activists met with ECOSOC president Lachezara Stoeva, but it will ultimately fall to a member country to put the proposal forward.

- Silence no more. The U.S. House passed the Speak Out Act on Wednesday, which voids NDAs involving sexual misconduct. President Joe Biden is expected to sign the bill into law. HR Dive

- Seeking justice. Hundreds of women will be able to sue New York State over sexual assault by prison guards thanks to a forthcoming law allowing people to sue for decades-old abuse. New York Times

- Letters of recommendation. Elizabeth Holmes’s sentencing is set for Friday. Her legal team requested that the Theranos founder receive an 18-month sentence and submitted over 150 letters asking for leniency from the likes of Sen. Cory Booker and venture capitalist Timothy Draper. The prosecution is requesting a 15-year sentence.  Business Insider

- Respect for marriage. The Senate on Wednesday passed the Respect for Marriage Act, a bill intended to repeal the Defense of Marriage Act, which denies federal benefits to same-sex couples. Twelve Republicans joined the Democrats to advance the bill to the House. New York Times

- No more politics. Ivanka Trump announced Tuesday night that she won’t be part of her father’s 2024 presidential campaign, writing that she doesn’t “plan to be involved in politics” and will instead support the former president “outside the political arena.” Intelligencer

The Crown did Diana dirty Vulture

Denmark’s Queen Margrethe II does it her way Vanity Fair

“I wanted to be a part of that team. I wanted to earn myself a seat in the room, and I was lucky enough over time to do that.”

—Charlie Blackwell-Thompson, the first woman to serve as a NASA launch director, oversaw the Artemis I rocket’s takeoff to the moon on Wednesday.