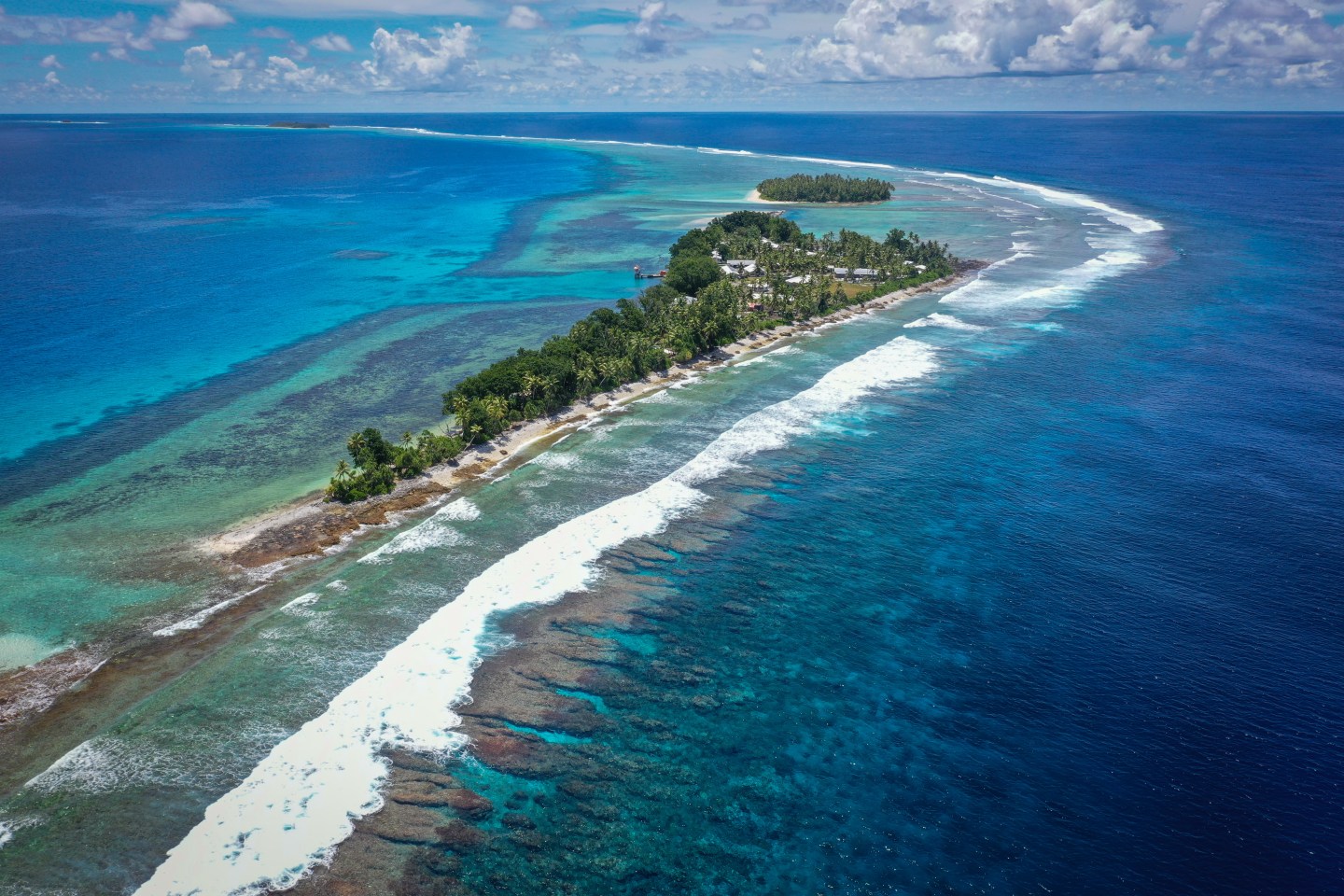 Halfway between Hawaii and Australia sits a tiny island nation called Tuvalu. Its ongoing existence is not guaranteed—at least in the physical world—given climate change and rising sea levels.

But in the metaverse, its history and culture can live on. With that in mind, Tuvalu will become the first nation to replicate itself in the virtual reality world known as the metaverse.

“As our land disappears, we have no choice but to become the world’s first digital nation,” Foreign Minister Simon Kofe told the COP27 climate summit this week via video address. “Our land, our ocean, our culture are the most precious assets of our people, and to keep them safe from harm, no matter what happens in the physical world, we will move them to the cloud. Piece by piece, we’ll preserve our country, provide solace to our people, and remind our children and our grandchildren what our home once was.”

As the video zooms out from Kofe talking behind a lectern on a beach, it becomes clear he’s in a metaverse setting, as he warns, “It has long been time for action, but we have not stepped up the challenge. We must start doing so today. Otherwise, within a lifetime, Tuvalu will only exist here.”

The metaverse is a digital space made more lifelike thanks to virtual reality and augmented reality, with users wearing VR headsets for an immersive experience. Facebook owner Meta has bet big on the metaverse eventually becoming popular, though so far consumer interest in it seems limited.

Tuvalu’s digital version of itself will include islands and landmarks in an effort to preserve its history. Teafualiku Islet, the nation’s smallest island, “is the first part of our country we’ll lose—so it’s the first we’ve re-created digitally,” states a website complementing Kofe’s address. (The setting for his address was a digital version of the islet.) He did not give details on the timeline of the project, or who will work on it.

Kofe has captivated climate watchers before. For last year’s COP 26, he addressed the conference in a suit and tie in front of a lectern while standing knee-deep in the ocean—but it wasn’t clear until the video’s end that he was even outdoors. “Climate change and sea level rise are deadly and existential threats to Tuvalu and low-lying atoll countries,” he said at the time.

Behind the showmanship, Tuvalu—with about 12,000 people—really does face an existential crisis. According to the London think tank Chatham House, “Many island states will lose significant amounts of territory to the rising sea level. At least five—Tuvalu, the Maldives, Kiribati, Vanuatu and the Marshall Islands—face complete submersion by 2100.”

Kofe continues in the video:

“Our Tuvalu culture dictates that we all must share responsibility for the global predicament caused by the climate crisis. Together, we must stop fossil fuels emissions and fossil fuels production and majorly boost financing for loss and damage, mitigation, and adaptation measures. It is not just Tuvalu that is affected, but the world is facing extreme weather events and shocking temperatures.”

And as he suggests, children living on Tuvalu today might reach old age in a world where the island nation of their birth no longer exists.