COP27 to discuss rich nations helping poor ones with climate-disaster damage and loss: ‘A reasonable sum is more than zero’ 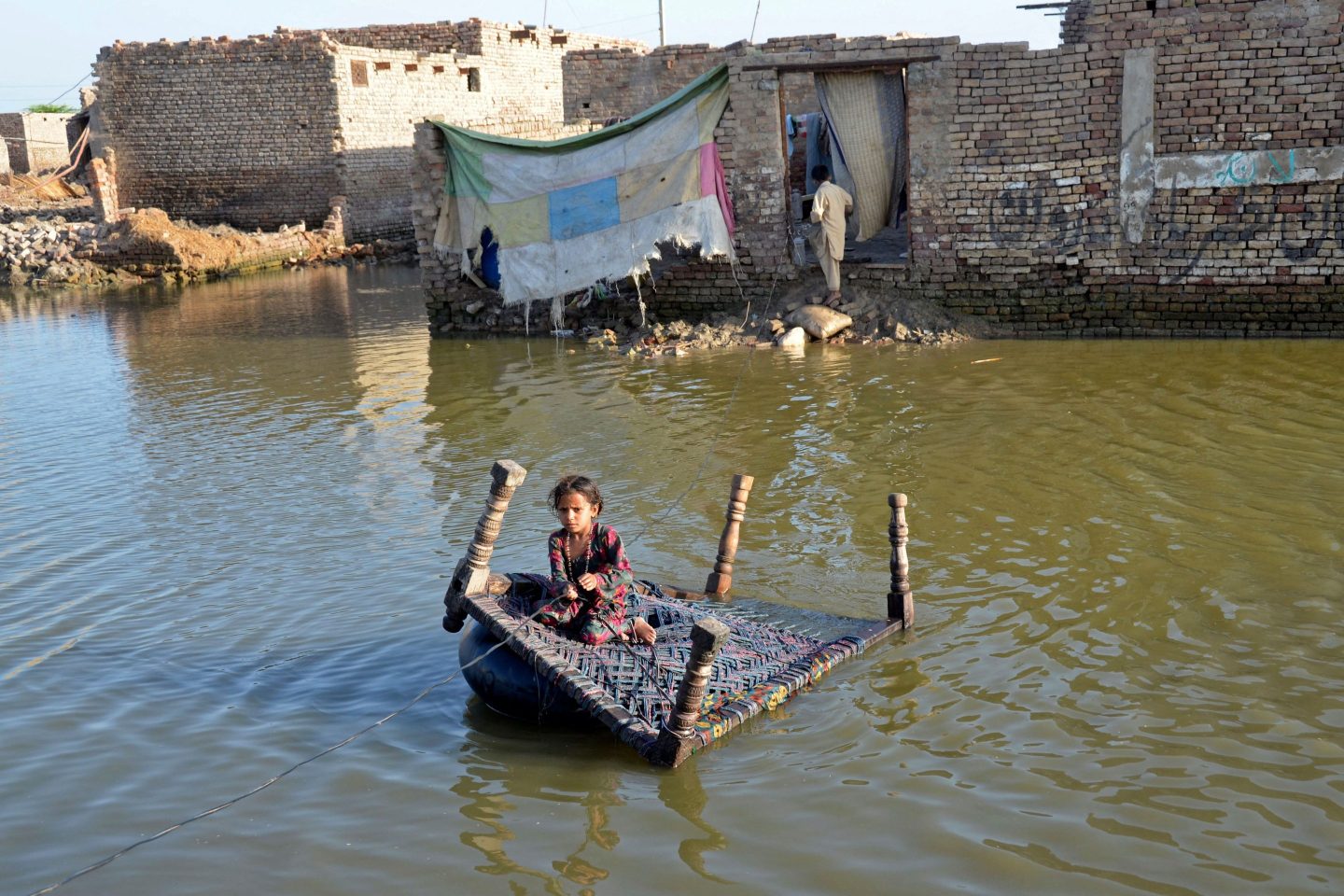 UN climate talks began in Egypt with a breakthrough agreement to discuss the financing of damages caused by increasingly extreme weather events — an issue that had exposed splits between rich and poor nations.

The agreement, reported in advance by Bloomberg, will allow diplomats and leaders to officially debate the issue for the first time during the two week-long conference in the Egyptian seaside town of Sharm el-Sheikh.

Egypt’s Foreign Minister Sameh Shoukry, who took up Sunday his position as president of COP27, said the breakthrough was reached after 48 hours of intense talks and would aim to reach a conclusive decision on loss and damage “no later than 2024.”

“This creates for the first time an institutionally stable space on the formal agenda of the COP and the Paris Agreement to discuss the pressing issue of funding arrangements needed to deal with existing gaps in responding to loss and damage,” he said.

“Inclusion of this agenda reflects a sense of solidarity and empathy with the suffering of the victims of climate-induced disasters.”

Developing countries and small island states, which contributed a tiny amount to historical emissions of planet-warming gases but have suffered some of the worst effects of climate change, stepped up in recent weeks a push for the issue to be discussed.

The demand has been on the table since Conference of Parties, or COP, meetings started in the early 1990s. However, industrialized nations that have prospered for two centuries at the expense of the planet had repeatedly blocked efforts to even debate the issue, fearing that it would open up demands for billions of dollars in compensation to poor nations.

Recent climate disasters, such as the floods in Pakistan, have given new impetus to the push.

The smooth adoption of the agenda followed sustained behind-the-scenes negotiations to reach a compromise and avoid a messy skirmish during the first hour of the conference. The opening session was delayed for more than an hour to accommodate final talks over the wording and content of the agenda item.

An advance version of the official agenda showed an item entitled: “Matters relating to funding arrangements responding to loss and damage associated with the adverse effects of climate change, including a focus on addressing loss and damage.”

Shoukry said a compromise had been reached to ground the discussion in “cooperation and facilitation” and not “liability or compensation.”

A year of record heat waves, drought and floods has added a new urgency to this year’s climate talks, which are taking place in a developing country already suffering some of the more severe effects.

Egypt already suffers suffocating heat. The flow of the Nile is dwindling and rising sea levels are damaging some of its most fertile farmland.

While an agreement on an agenda item is a diplomatic success, countries will now have to work out how best to measure loss and damage and how much money will be put on the table by the wealthiest. Those from developing nations have been burned before. A plan announced in 2009 to provide an annual $100 billion of mitigation and adaptation finance has never been met.

“A reasonable sum is more than zero,”Saleemul Huq, a professor at the Independent University in Bangladesh, said in an interview. “Right they’re offering zero, which is absolutely unacceptable.”

As Egypt formally took the presidency at the opening session on Sunday, one official after another called for the global gathering to move from a forum of talks, to one of implementation.

“This is an historic step toward ensuring that vulnerable countries have the financial need to address the increasingly severe climate impacts they’re facing,” said David Waskow, director of the World Resources Institute’s international climate initiative.