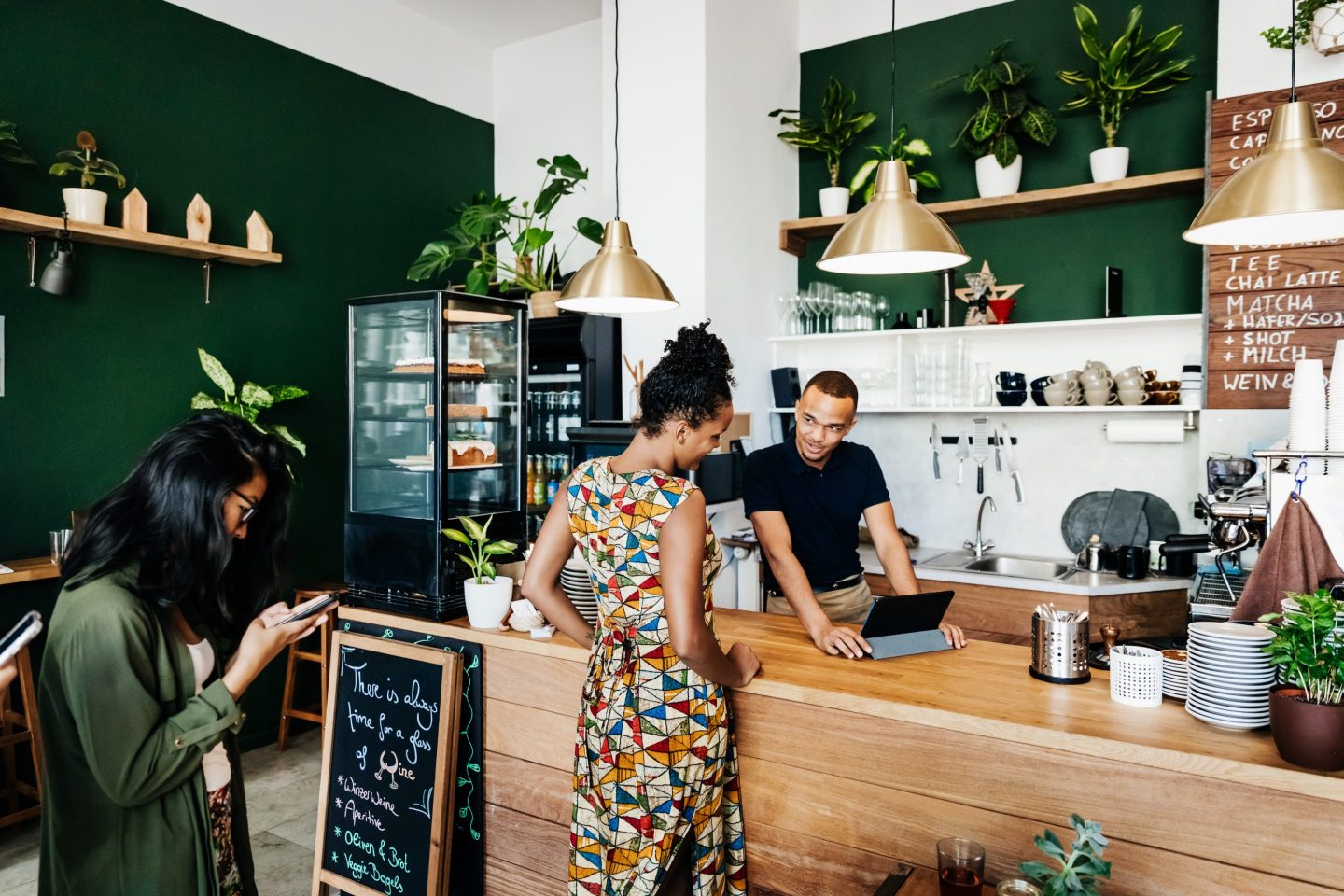 Tipping is down in the U.S., making the nation even more similar to Europe.
Tom Werner — Getty Images

When the tablet swivels around at the coffee shop, are you leaving a 20% tip?

Maybe you were in late 2020 and early 2021, but inflation running at a 40-year high all year has had a way of changing that in 2022. Fewer people are now tipping the standard amount. It doesn’t help that the average cup of joe has now reached almost $5.

As inflation hits the wallets of consumers, tippers have become less generous. A study from Popmenu, a restaurant customer service company, found that while 56% of consumers usually tipped waiters at least 20% in 2021, that number dipped to 43% this year. When polling 1,000 customers and 165 restaurant owners in the U.S., Popmenu also found that delivery tipping went down over the course of a year.

This could be a momentary blip as Americans recoil from high prices, but combined with other pandemic-era developments that hint at becoming more permanent, it could be yet one more way America is becoming more like every other country, economically speaking.

What if the pandemic and its associated inflation is turning us European?

Early in the pandemic, there was a boom in tipping as many tried to make up for service employees’ loss in revenue as well as the health risks they were forced to endure, unlike white-collar employees, who were more often working at home.

Almost 73% of adults in the U.S. reported that they had done or planned to do something to support struggling small businesses, according to creditcards.com’s survey from 2020. Tipping was a popular avenue for these do-gooders, as 37% of respondents said they were giving better tips than normal.

This trend was enabled by record-high savings, as households received stimulus checks, greater unemployment assistance, and also just spent less during lockdowns. But as of late, more people have been dipping into their pandemic-era savings as inflation makes their money not go as far and everyday life expenses return.

As the cost of living goes up and wages for many stay the same, the amount of money people feel comfortable tipping has fluctuated. A study from PlayUSA found that 17% of Americans are tipping less because of inflation, but 10% report tipping more. The same study found that more than half of Americans (60%) want to do away with tipping entirely.

A couple of years into the pandemic, there’s still a fair amount of turnover in the restaurant and service industries, as burned-out workers look for better wages and working conditions. If inflation is impacting tippers, service workers are also affected by often minimum base pay.

Of course, there is a region where waiters and service workers get much smaller tips than 20%, if they get any at all: Europe. Travel-guide master Rick Steves writes that “tipping in Europe isn’t as automatic nor as generous as it is in the U.S., and in many countries, tips aren’t expected at all.” The largest tip that is expected, he adds, is 10%.

Turning European, not just in tipping

It seems as if the European way is increasingly the American way (although waiters in Europe are still typically better paid). Steves writes, “In general, European servers are well paid and tips are considered a small ‘bonus.’” This is changing some, as many chains and small restaurants had to increase their compensation to attract and retain more employees during the tight labor market of the last several years.

It’s not the only way American economic life looks more European. Fortune has recently covered pandemic-era changes to Americans’ driving habits (associated with increased remote and hybrid work) and the plateauing aspirations of the middle class. Europeans have driven less than Americans for decades and have a middle class that is smaller than that of the U.S. but more wealthy, per a 2017 study from Pew Research Center.

While the middle class is stable across the pond, Europeans of that income bracket have experienced higher levels of precarity and greater likelihood to fall into poverty according to a 2018 Brookings report. The American middle class is also being crunched as economic inequality increases, and when it comes to workplace attitudes, younger generations vocally embrace the idea of maintaining a work-life balance that reads less like the puritanical ways of the nation’s past and more like something you’d encounter on vacation in Paris. Younger Americans are downright European in their political views, too, with higher approval rates of socialism.

There’s a dark side to this change, of course, as mentalities seem to have changed on the whole and not always for the better. Service workers are still stressed, but people are reportedly being ruder than usual to them. During 2022, waiters and delivery drivers were treated as more essential, and as that mentality wanes the hiring shortage in the industry threatens to persist.

There is a silver lining to all of this, though. As the holidays come around, people are still expecting to open up their wallets a bit more. Sure, the turkey might be more expensive this year, but a bump in tipping is still predicted. A third of respondents to Popmenu’s survey say that they intend to tip restaurant staff 25% or more during the holidays. And 61% plan on tipping 20% or more during more festive seasons.

The tip jar might look a bit more empty this time of year. And as more customers tip less in part because of inflation, service workers continue to do the same jobs they did as essential workers but with less extra cash. If only we gave better wages, then the European way would be in full effect.