Inflation is turning Americans into Europeans. Just look at the way we now feel about driving (or not) 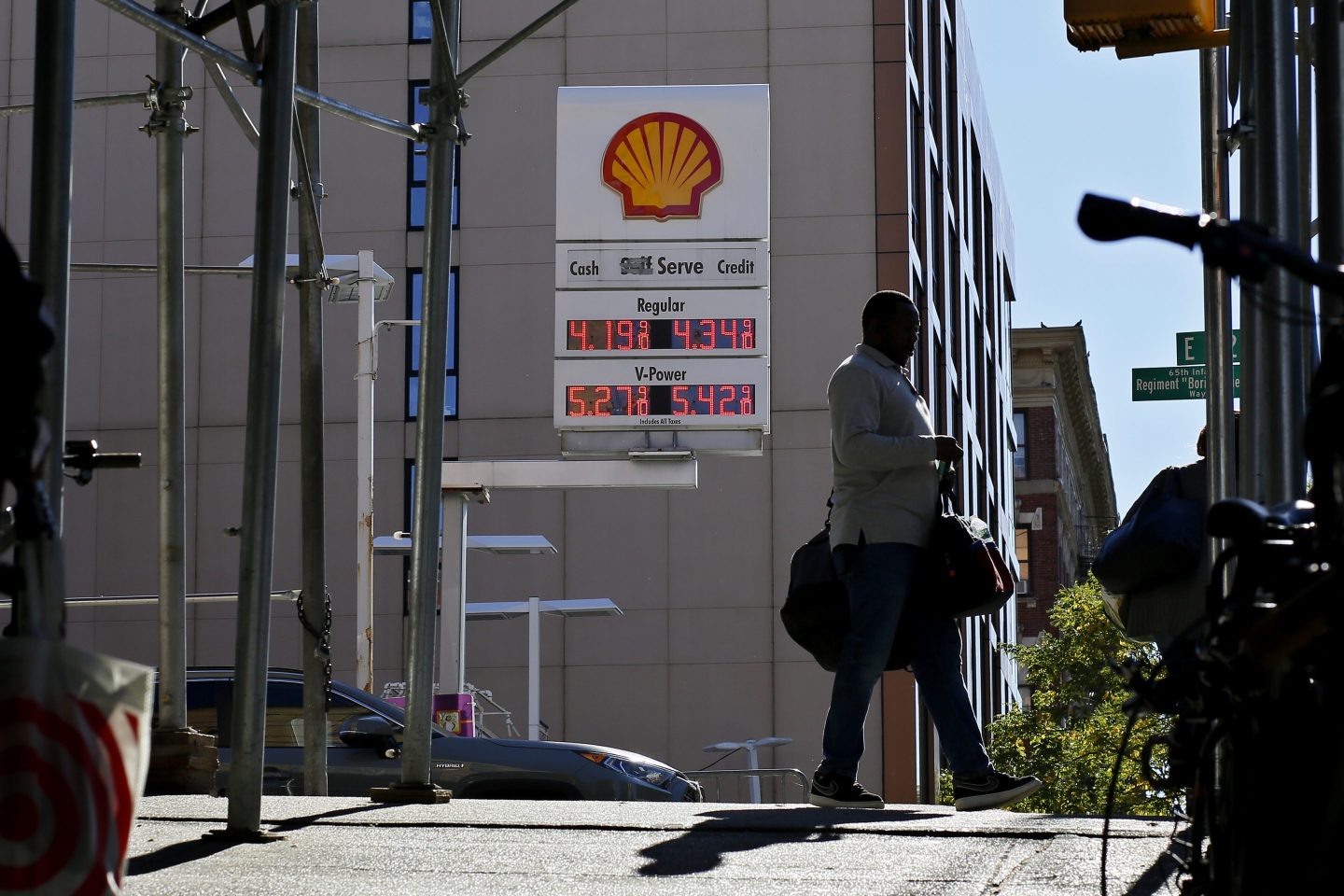 Despite the steady fall of gas prices this month, Americans still have a close eye on prices at the pump.

The average cost of gas across the U.S. is $3.76 per gallon on Thursday, according to AAA. That’s down nine cents from the past week and prices have been steadily falling since Oct. 11—significantly lower than the $5.02 highest recorded average price that the U.S. hit in June.

Yet two thirds of Americans (66%) report they altered their weekly driving habits in an effort to limit their fill-ups, according to the latest household pulse survey fielded Oct. 5-17 by the U.S. Census Bureau.

Nearly half of U.S. adults, for example, chose not to take a trip in the last seven days, while a third reported combining trips. About 12% used alternative modes of transportation, including public transit. Americans, one might argue, are beginning to respond like Europeans, who tend to be more conservative with their gas consumption.

But gas expert Patrick De Haan says these numbers should be taken with a grain of salt. Americans aren’t likely to truly emulate Europeans at the pump any time soon. “People just answer this because they're really frustrated, and not necessarily that they're going to do anything about it,” De Haan, head of petroleum analysis at GasBuddy, tells Fortune.

Demand for gas is still pretty strong across much of the country, so De Haan believes that if two thirds of Americans were significantly changing their driving behavior, it would show up in demand data—but it isn’t. In fact, gas demand increased slightly from 8.28 million barrels per day to 8.68 million last week, according to the Energy Information Administration (EIA).

Even when gas prices are higher, De Haan says that a shift in gas-conserving driving habits only typically lasts a few weeks, maybe a few months—”until the frustration is gone, until you acclimate yourself to the higher price, and you just live with it.”

Although many Americans are feeling the pinch of inflation with their monthly expenses, the general public tends to have a higher level of frustration with rising gas prices compared to other everyday costs going up. That’s due, in part, De Haan to the fact that these prices are inescapable. “Gasoline is the only thing that even if you don't need it, the price of it is shoved into your face,” he says. In most places within the U.S., gas stations are ubiquitous and the price of gas is prominently displayed.

“When prices are high, [Americans] feel oppressed,” De Haan says. “It just feels restrictive to the lifestyle of Americans to see prices so high to a point where they can't afford it.”

Most Americans see gas as a required expense, but not one that they readily enjoy spending hard-earned money on. “It's not like people connect the price of gas to going out and having a good time,” De Haan says. They really consider it a necessity.

Looking ahead, De Haan says the outlook on gas prices remains fairly uncertain. “No other year has been so unpredictable and volatile,” he says, pointing out a number of issues including Russia’s war on Ukraine, COVID outbreaks overseas—including in China, which maintains a large swath of refineries—and the U.S. political climate. The Biden administration’s plans to tap the Strategic Petroleum Reserve into December have helped temper prices, but that may not last.

Should things hold steady, De Haan says prices should fall into the cooler months. “They fall in the fall. They spring forward in the spring. But there could be any number of factors that could change that.”