The Twitter and FTX chaos is roiling sports stars like Stephen Curry and Tom Brady: ‘I’m not an expert, and I don’t need to be’ 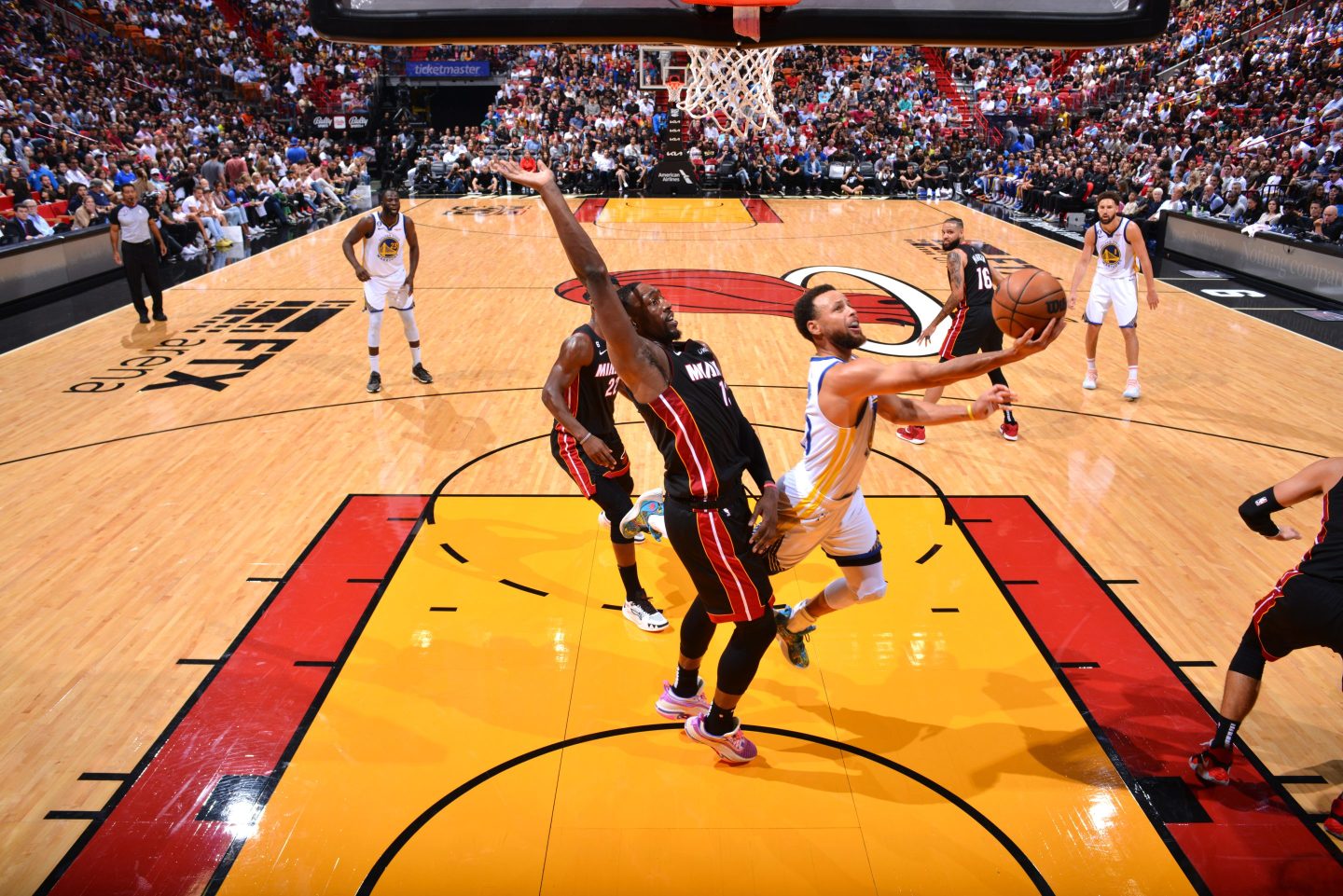 Stephen Curry takes a shot at FTX Arena in Miami on Nov. 1. The FTX logo can be seen on the court.
Jesse D. Garrabrant—NBAE via Getty Images

In an ad for the crypto exchange FTX featuring Stephen Curry earlier this year, a narrator repeatedly portrays the NBA star as a “crypto expert.” The legendary player denies this over and over, finally saying, “I’m not an expert, and I don’t need to be. With FTX I have everything I need to buy, sell, and trade crypto safely.”

“Safely” is now in question. This week FTX declared bankruptcy, its CEO Sam Bankman-Fried resigned, and many investors who trusted the platform are wondering if they’ll ever get their money back.

A slew of other top athletes also appeared in ads for FTX, including NFL star Tom Brady, who was given equity stake in FTX and became an ambassador for the company in a long-term partnership. The company even bought the naming rights for the Miami Heat’s home arena.

But it isn’t just the FTX chaos affecting major sports stars. Elon Musk’s tumultuous takeover of Twitter has also had an impact, with major figures like LeBron James getting trolled by users pretending to be them thanks to a new, easily abused authentication feature. The turbulence shows star athletes are not immune to the confusion and upheaval roiling the tech industry.

This week, a tweet appearing to be from James, who plays for the Los Angeles Lakers, announced, “I am officially requesting a trade. Thank you #LakersNation for all the support through the years. Onto bigger and better things!”

Another fake account led baseball fans to believe MLB pitcher Aroldis Chapman had re-signed with the New York Yankees, when in fact he remains a free agent.

The confusion came courtesy of Twitter Blue, an $8 monthly subscription service, introduced under Musk, that comes with a blue check that previously signified accounts were legitimate. Soon after its launch, fake accounts flooded Twitter. Not just athletes, but also politicians and companies including Eli Lilly and were quickly impersonated by trolls.

By Friday the Twitter Blue option appeared to be unavailable, and Twitter said it was working to address impersonation issues.

But it wasn’t the first time the $44 billion takeover of Twitter by Musk, a self-described “free-speech absolutist,” turned heads in the sports world. In response to a nearly 500% surge in a racial slur immediately after Musk took control, James tweeted, “I dont know Elon Musk and, tbh, I could care less who owns twitter. But I will say that if this is true, I hope he and his people take this very seriously because this is scary AF. So many damn unfit people saying hate speech is free speech.”

Musk replied to James by on Oct. 30 by sharing a Twitter employee’s tweet that “nearly all of these accounts are inauthentic” and the company was working to ban users “involved in this trolling campaign.” Ironically, James was then impersonated the following week thanks to the misuse of Twitter Blue.

As for FTX, it spent hundreds of millions of dollars on sports marketing as it headed for a sudden and surprising collapse this week, including $135 million for the naming rights to the Miami Heat arena. The team and Miami-Dade County cut ties with FTX on Friday and are seeking a new naming rights partner.

Former Treasury Secretary Larry Summers cited the stadium deal while comparing FTX’s collapse to the Enron scandal: “Not just financial error but—certainly from the reports—whiffs of fraud. Stadium namings very early in a company’s history. Vast explosion of wealth that nobody quite understands where it comes from.”

Mark Cuban, the owner of the Dallas Mavericks, had sharp words for Bankman-Fried this week. Speaking Friday at a conference in Washington, D.C. hosted by Sports Business Journal, he said:

“First, you’ve got to understand crypto,” he said. “There’s speculation—that’s all the noise. Then there’s things that have happened with [crypto lender] Voyager and with FTX now—that’s somebody running a company that’s just dumb as f*** greedy. So, what does Sam Bankman do? He just, give me more, give me more, give me more, so I’m gonna borrow money, loan it to my affiliated company, and hope and pretend to myself that the FTT tokens that are in there on my balance sheet are gonna sustain their value.”

Cuban himself was criticized earlier this year—and faces a lawsuit—for partnering with now-bankrupt crypto lender Voyager Digital, giving Mavericks fans a $100 reward to trade crypto on Voyager if they deposited $100 and traded $10.