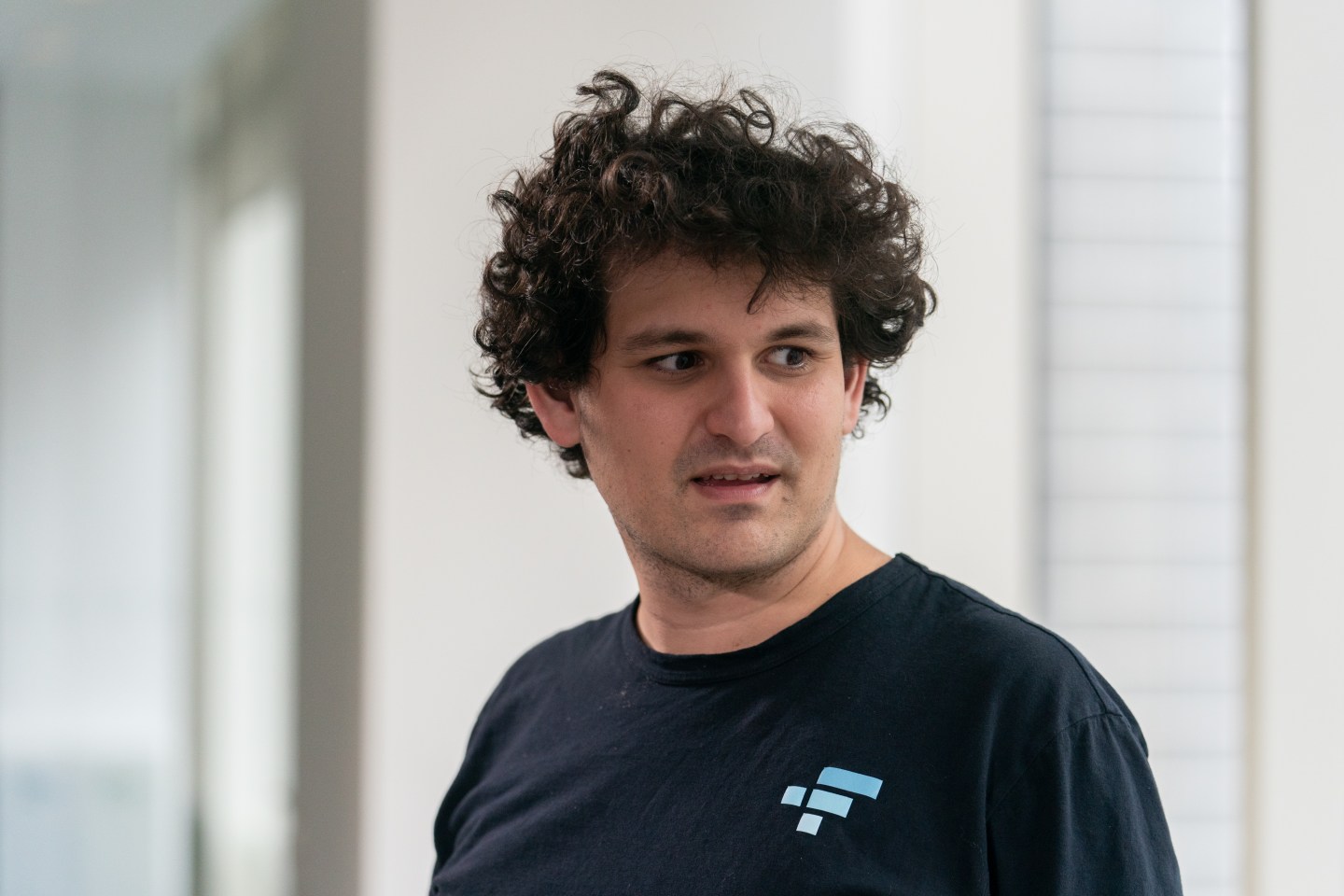 Binance shocked the crypto industry when it announced it agreed to acquire rival and venture capital darling FTX.
Bloomberg / Contributor

Forty-eight hours ago, many of Silicon Valley’s most respected VC firms would probably have considered big bets on crypto exchange titan FTX to be some of their more prescient investments. Now, in a wild turn of events, that bet may have soured—and not only for FTX investors.

Crypto exchange titan and venture capital darling FTX shocked the industry on Tuesday when Changpeng Zhao (CZ), the CEO of FTX’s rival and the world’s largest crypto exchange by volume, Binance, announced his company signed a non-binding letter of intent to acquire FTX.com (it would exclude FTX.US) following a whirlwind past couple of days. Swirling rumors over the weekend that FTX was on shaky financial ground culminated in a rush of withdrawal requests on Monday that overwhelmed the platform. The liquidity crisis left FTX desperately searching for investors to fill its deep financing hole, which was reportedly up to $6 billion on Tuesday, Semafor reported. By Tuesday late morning, FTX founder and CEO Sam Bankman-Fried’s company was on the brink of collapse—and CZ saw an opportunity to consolidate power by agreeing to acquire FTX in what would amount to a fire sale.

The bad news for venture firms invested in FTX is that those bets on the “white knight” and golden child of fast-growing crypto exchanges aren’t looking good, and could possibly even be worthless if the deal actually goes through. The terms of the deal weren’t disclosed, and it’s unclear how much Binance would pay for FTX (they can also pull out at any time). FTX didn’t respond to a request for comment on the deal terms by press time. But industry analyst Michael Miller of Morningstar, who covers public companies such as Coinbase, a rival of FTX and Binance, estimates there’s going to be a lot of carnage for VCs: “If Binance buys them, it’s gonna be at a pretty deep [and] good price given it is kind of a forced sale, which does speak to there being losses” for investors, he told me.

Those losses would affect some of the biggest names in venture, including heavy-hitters like Sequoia, SoftBank, Tiger Global Management, Lightspeed Venture Partners, IVP, and Insight Partners—plus investment firms focusing specifically on crypto, like Multicoin Capital and Paradigm. Several of those firms, like Paradigm and Lightspeed, helped fund a $400 million Series C round in January at a $32 billion valuation. In total, FTX has raised roughly $2 billion across its funding rounds, according to PitchBook data. My colleague Lucy Brewster and I reached out to many of these big FTX investors but didn’t hear back by press time, or they largely declined to comment.

The vibe in the VC space isn’t great, to say the least: “This was highlighted as one of the success stories,” one venture investor in the crypto space told me of FTX (their firm has a small equity investment in FTX). “You don’t expect companies like that to be able to evaporate in hours.”

CEO Bankman-Fried, who had seemingly been ghosting investors for much of the day, eventually told them in a letter reported by Eric Newcomer that while protecting customers and the industry is their top priority, “We’ll soon be focusing on our second priority: our shareholders.” His response, though, was incredibly womp-womp: “I wish I had more details for you guys right now; I don’t yet.”

Robert Le, a crypto and fintech analyst at PitchBook, suggests FTX’s earlier investors could be hurt the most, considering they’ve marked up the value of their FTX investments in their portfolios all the way to that $32 billion. If those firms are out fundraising now, Le opines, and FTX’s valuation takes a huge hit, it’s going to be more of a challenge to convince limited partners (LPs).

Le, like others, thinks it’s unlikely the deal will go through, in part because regulators will probably be all over this.

But the bigger question, potentially, is what effect this will have on the broader crypto VC space. Unlike some of the crypto disasters earlier this year (like hedge fund Three Arrows Capital and lending platform Celsius Network), FTX has long been well-regarded in the space, and cultivated relationships with regulators and members of Congress. If even they can fall apart effectively overnight, does that scare VC investors away altogether?

PitchBook’s Le believes that the impact for crypto VCs will be big: If the deal goes through and “investors get pennies on the dollar for their investments in FTX,” it’s “going to have a bigger impact on investor confidence in the crypto markets than what happened earlier this year.” That’s even as the investing pace in crypto startups has already slowed.

Le says he’s also been chatting with “a bunch” of GPs and first-, second-, and third-time funds who are out in the market right now, and they’ve been finding it hard to raise: “Even if the [Binance/FTX] deal doesn’t go through, it’s not going to help with LP confidence in the crypto space,” he says. He believes more crypto-native investors who understand the industry, however, likely will “continue funding funds and crypto companies.”

Indeed, the crypto VC I spoke to today, who invests more on the earlier side, told me that while they think the FTX/Binance mess will “significantly” impact late-stage capital for crypto, they don’t see how it would meaningfully hurt early-stage crypto investing. And they told me they coincidentally had meetings with two LPs on Tuesday who didn’t seem to be “recoiling” or “defensive” but more so asking the same question we all are: “What’s going on?”

- Eliyan Corporation, a Santa Clara, Calif.-based chiplet developer, raised $40 million in Series A funding. Tracker Capital led the round and was joined by investors including Celesta Capital, Intel Capital, and Micron Ventures.

- Harmonic, a New York-based startup search platform, raised $23 million in Series A funding. Sozo led the round and was joined by Craft Ventures.

- Equals, a San Francisco-based spreadsheet analytics platform for startups, raised $16 million in Series A funding. Andreessen Horowitz led the round and was joined by investors including Craft Ventures, Box Group, Worklife, Combine, and other angels.

- Everybuddy Games, a Tel Aviv-based game developer, raised $15 million in Series A funding. Makers Fund led the round and was joined by Key1 Capital.

- Antavo, a London-based enterprise loyalty cloud platform, raised €10 million ($10.08 million) in Series A funding. Euroventures led the round and was joined by investors including Lead Ventures, iEurope, Innovation Nest, and others.

- Atlar, a Stockholm-based bank payments platform for automated money movement, raised €5 million ($5.03 million) in seed funding. Index Ventures led the round and was joined by investors including La Famiglia VC, Cocoa Ventures, and other angels.

- Something and Nothing, a London-based beverage company, raised £2.5 million ($2.9 million) in funding from ACF Investors and Rianta Capital.

- Big C Supercenter, a Bangkok-based supermarket and convenience store operator in Southeast Asia, is considering going public again through an initial public offering of more than $500 million in Bangkok, according to Bloomberg.

Correction: The online edition of Friday's newsletter has been corrected to reflect that Medical Manufacturing Technologies acquired the equipment manufacturing group of Confluent Medical Technologies, not the whole company.