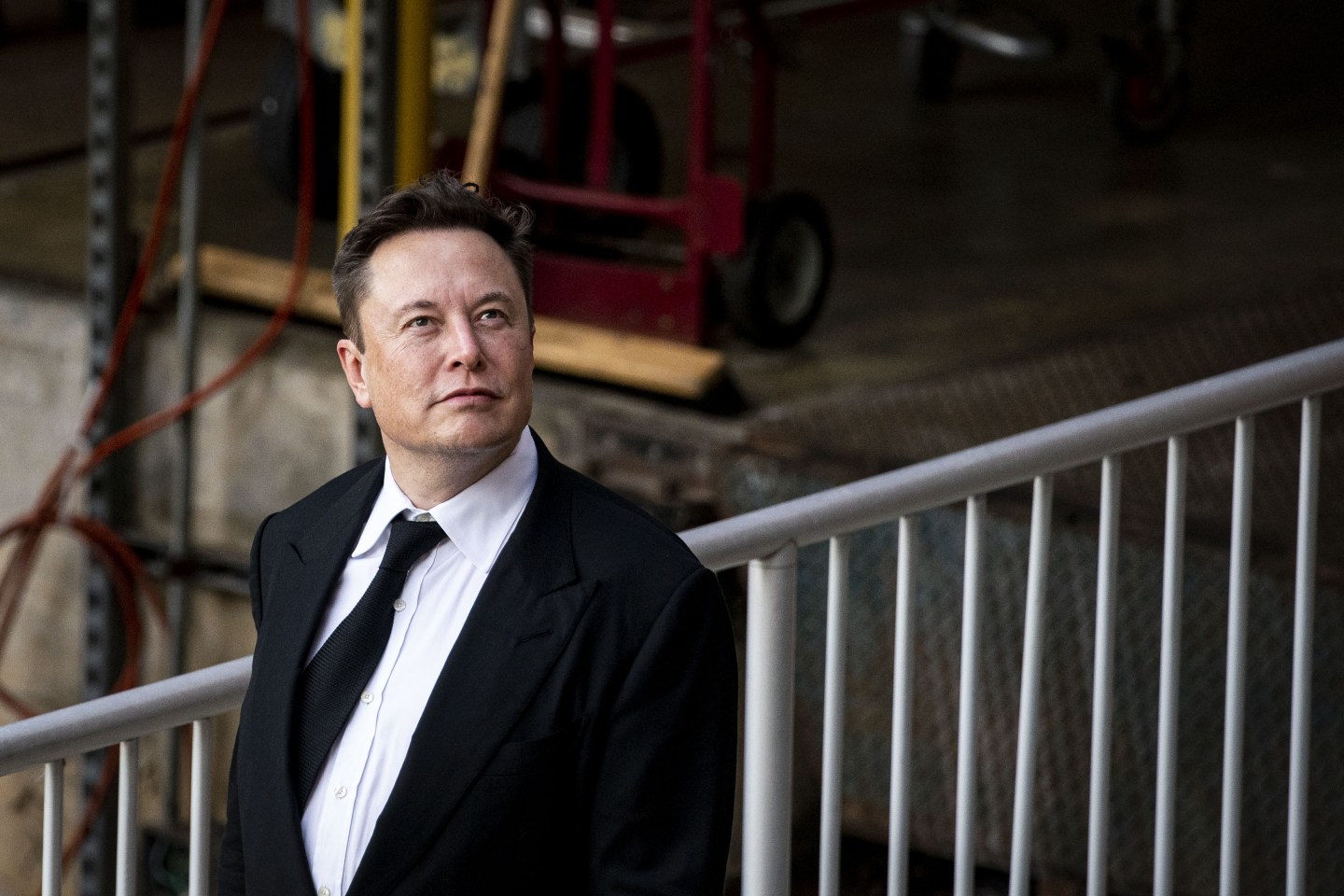 It wasn’t quite a complete cataclysm, but the past 24 hours surely dashed any dreams of an imminent tech rebound.

A slate of high-profile tech firms announced thousands of layoffs and disclosed plans to freeze hiring for the time being, as a brutal confluence of events—still-rising interest rates, global economic uncertainty, and a slowdown in consumer and ad spending growth, among others—continue to weigh on the sector.

On top of those layoffs, Amazon CEO Andy Jassy said his tech conglomerate will pause hiring for corporate positions “for the next few months,” and Bloomberg reported that Apple has suspended hiring for many non–research and development roles.

Does the current slowdown say anything about tech’s long-term outlook?

There’s a viable case to be made that most established tech companies are merely feeling the effects of a cyclical economy, and that the good times will roll again once the markets stabilize. Amazon will bounce back once consumers have more disposable income. Advertisers will return to social media platforms once inflation tapers off. Apple will always sell a bajillion iPhones. Chipmakers will adapt to fluctuations in supply and demand.

Tech firms also can argue that this week’s layoffs are a natural course correction after the pandemic-induced whiplash of the past two years, when cheap money and profligate consumer spending made it easier to expand. But many consumers have returned to their pre-pandemic habits, hurting some tech firms that flourished amid lockdowns, and investors have shied away from unprofitable startups.

“We were much too optimistic about the internet economy’s near-term growth in 2022 and 2023 and underestimated both the likelihood and impact of a broader slowdown,” Stripe cofounders John and Patrick Collison wrote to employees Thursday.

Are we nearing the bottom yet?

In all likelihood, the answer is “no.” On earnings calls over the past few weeks, tech executives have repeatedly lowered their holiday-quarter guidance and warned about a prolonged downturn.

Some sectors are more fearful than others, including semiconductors, personal computers, cryptocurrency, fintech, and social media. But even so-called cash cows, like cloud computing and A.I., haven’t been immune to the crush—though analysts expect sellers of corporate technology to still flourish because clients will want to optimize their operations.

Will this current period ultimately lead to the rich getting richer?

While virtually no major tech company has been immune to the current environment, the industry’s tech behemoths haven’t endured as much pain as aspiring startups.

To date, none of the five largest tech companies by revenue—Apple, Amazon, Alphabet, Microsoft, and Meta—have announced mass layoffs that cut into their core businesses. Rather, they’ve slowed the pace of hiring, eliminated positions through attrition, or scrapped unprofitable initiatives. At the same time, capital budgets for the quintet are up 20% year over year through the first nine months of 2022, the Financial Times reported Thursday.

There’s no guarantee, however, that the downturn will cement the status of legacy giants. Antitrust regulators are making it more difficult for large tech firms to snap up potential rivals, which are more willing to sell at bargain prices during a market slump. History also suggests that some promising upstarts will emerge from the lean times (think Uber, Snap, and Pinterest after the Great Recession).

“The level of intensity across startups has radically increased since the market started going bad. Like, zero f**king around, no time for nonsense. Kind of fun tbh,” Matt Turck, a partner focused on early-stage firms at venture capital outfit FirstMark, tweeted Thursday.

Is the era of good feelings coming to an end?

It’s been a pretty good run for tech workers. The low supply of engineers and other critical occupations led to lucrative pay and tons of modish perks. Then the pandemic ushered in the work-from-home era and renewed attention to employee well-being.

Those days are likely over, at least for now. Layoffs and hiring freezes will make for a tight labor market. In-office luxuries are suddenly extraneous costs. And some executives are issuing clear, sometimes public demands for efficiency and productivity.

In wait-and-see mode. Volkswagen, Pfizer, and General Mills joined a growing list of companies pausing their ad spending on Twitter in light of Elon Musk’s acquisition of the company last week, Bloomberg reported Thursday. Some of Twitter’s traditional advertisers are suspending their campaigns out of concern about Musk’s nebulous plans for content moderation, particularly in light of his comments on excessive censorship by the company’s prior leadership. In a subsequent tweet posted Friday morning, Musk wrote that Twitter “has had a massive drop in revenue” and accused advertisers of caving to pressure from activist groups.

Too little advance warning? A class-action lawsuit filed Thursday accused Twitter owner Musk of violating laws related to prior notice of large-scale layoffs, Bloomberg reported Thursday. The plaintiffs allege Twitter is required under the federal Worker Adjustment and Retraining Notification Act to provide 60 days of advance notice before instituting mass layoffs. Twitter did not file paperwork in connection with the law before Friday, when the company is expected to notify roughly half of its 7,500 employees that they were being terminated, though the company might satisfy the requirement by continuing to pay laid-off employees for 60 days.

Surviving the slump. Coinbase shares rose 3% in midday trading Friday after the cryptocurrency exchange reported a smaller-than-expected drop in users during the third quarter, CNBC reported. The sputtering crypto outfit, whose share price is down 77% year to date, said 8.5 million users made transactions monthly in the quarter, beating analyst forecasts of 7.8 million. Coinbase’s quarterly revenue came in at $590 million, a 50% year-over-year decline and well below Wall Street projections of $654 million.

Getting near nine-figures. Warner Bros. Discovery inched closer to reaching 100 million paying subscribers across its three streaming platforms, adding another 2.8 million customers in the third quarter, Variety reported Thursday. The HBO and Discovery platform parent totaled 94.9 million subscribers at the end of September, powered in part by strong viewership for the Game of Thrones prequel House of the Dragon. Company officials also announced they plan to move up the timeline for merging HBO Max and Discovery+ from summer 2023 to spring 2023.

Not quite ready for primetime. Netflix finally took the plunge into ad-supported streaming Thursday—and the viewing experience was pretty scattershot. The Verge’s Jay Peters, who spent the day toying with Netflix’s new tier, reported that shows and movies displayed an inconsistent number of ads that left him a bit perplexed. In addition, some shows weren’t available to watch on the $6.99-per-month plan, the result of Netflix failing to secure licensing deals with studios producing content available on the platform. Peters said the ads were standard streaming fare, so the experience shouldn’t throw off consumers too much.

Netflix Basic with Ads is exactly what I expected: It’s Netflix, with ads. If that’s something you can live with, and you’re okay with other tradeoffs like 720p video quality and no offline downloads, then saving a couple of bucks with the cheaper tier might be worth it.

Personally, I’ll be sticking with the no ads option since I see enough ads on the internet already.

Silicon Valley is telling us something about the recession to come with a huge wave of layoffs and hiring freezes this week, by Tristan Bove

3 top venture investors predict when valuations will bottom—and it might be sooner than you think, by Anne Sraders

Getting harder to hide salary. California’s new pay transparency law will go into effect in January, but Silicon Valley’s salary snoopers can get a taste for the system by looking to the Empire State. Starting this week, companies with at least four workers in New York City had to start posting a “good faith” salary range on job listings for positions in the Big Apple, Axios reported. California companies with 15 or more employees will have to do the same starting in 2023. The mandate will help lift the veil on pay at tech companies, revealing ballpark salary figures across the Valley. Axios noted that several top video game companies are already complying with New York City’s rules, with several jobs advertising product and developer salaries ranging from roughly $100,000 to $200,000.