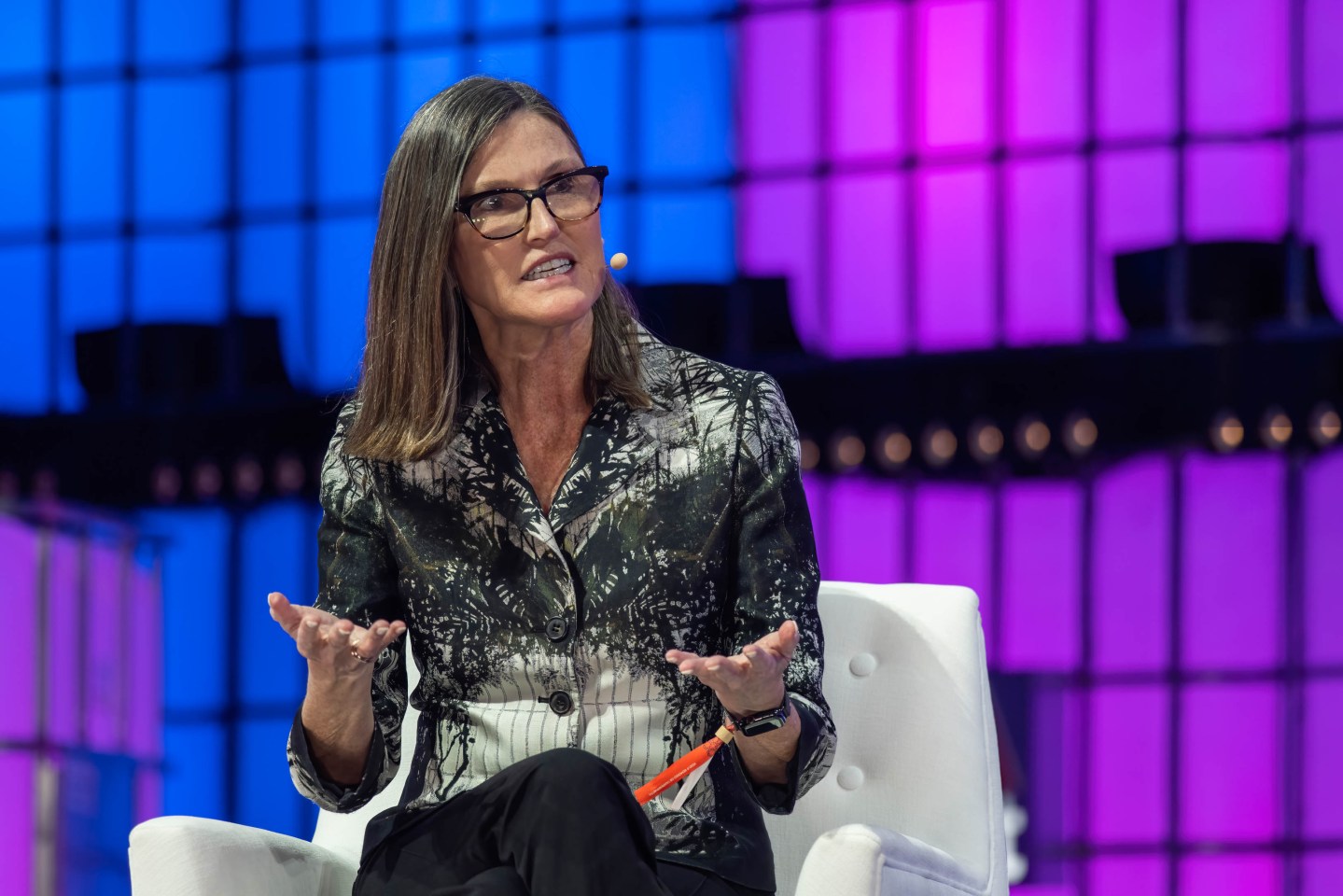 Cathie Wood has opened a new venture capital fund she is selling to retail investors, and Twitter is its biggest name.
Hugo Amaral—SOPA Images/LightRocket/Getty Images

Investors can plow a minimum of $500 into her new so-called venture capital fund, which has Twitter as its top holding. Unlike most funds, this one will continue to own Twitter shares even after its switch from a public company to a private one under Musk’s control.

Venture capital is among the riskiest of all investments as it typically focuses on immature companies, which by their nature, have a high chance of failing. Musk’s erratic leadership style adds to the uncertainty.

“We just started a public-private crossover fund, and Twitter is in that fund,” Wood told Bloomberg TV on Wednesday.

She thinks that Twitter’s future looks bright, if Musk is able to make the major changes that he’s promised. He’s already talked about expanding Twitter’s reach to include payments through a digital wallet, similar to WeChat; resurrecting Vine as a short-form video alternative to TikTok; and growing its subscription business via Twitter Blue.

The venture fund, marketed with Titan, a fintech startup that fancies itself as a kind of hedge fund for the little guy, is still quite small with an estimated portfolio of only $8.3 million. Its Twitter holding only amounts to approximately $1 million—about 12% of the overall fund.

Wood said she’s a huge fan of Musk, whom she called a modern “Thomas Edison,” and is among the best-known Tesla bulls on Wall Street. Critics, however, point to Musk’s impulsiveness and his habit of making promises—especially related to his other company, Tesla—that he fails to deliver on.

The risks for people who invest in Wood’s new venture fund—never mind the other holdings in the portfolio—however, are substantial given the price Musk paid for the money-losing social media company.

When he launched his bid, the Tesla CEO offered existing Twitter investors $54.20 a share, representing a 38% premium above what the stock was trading for at the time.

Using the underlying $39.21 closing price from April, prior to news emerging of Musk’s interest in Twitter, and applying the same 28% decline that hit the tech-heavy Nasdaq, Twitter’s shares would be worth a mere $28.40.

That means Musk conservatively paid twice as much as the company is currently worth—more if you look at the collapse in social media stocks like Facebook parent Meta and Snap that have fallen in the same period by 60% and 75%, respectively.

As a consequence, trying to first recoup the investment and then earn a decent return is not a garden variety challenge.

It’s been a hard year for Wood, whose flagship growth fund, which is focused on publicly traded companies, has lost 60% of its value since the equity market rout started this year.

It’s not just the overall bear market sentiment that’s hurting though. Her stock picking record hasn’t been the best of late, either.

In May, she elevated Roku to one of the top three picks in her ARK Innovation exchange traded fund. On Thursday its shares dipped to the lowest they’ve been since late 2019, after the company issued a disappointing outlook.

In her Bloomberg interview, Wood blamed her fund’s poor performance on supply-chain bottlenecks impacting the companies it’s invested in, the war in Ukraine, and higher U.S. interest rates over the past nine months.

But Wood remained upbeat, saying the equity market was in “the early stages of a bottoming process” and the first to profit from that would be the innovation leaders in her portfolio that most have never heard of, not the heavyweight FAANGs of the world that include the parent companies of Facebook and Google.

“In the later stages of a bear market, our strategy starts to outperform,” she said. “We are the new Nasdaq, and most of our stocks are not in those indexes.”