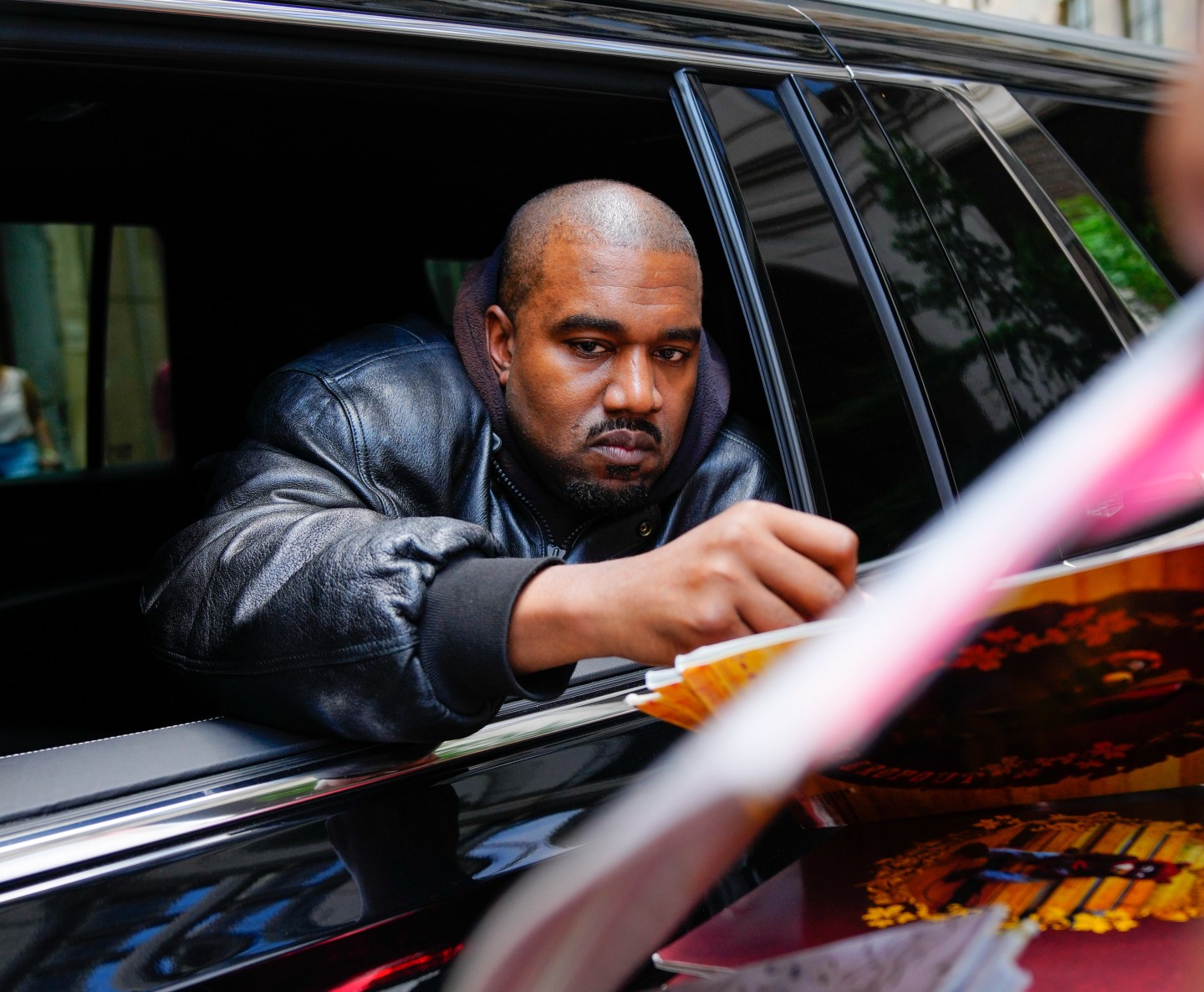 Peloton, TJ Maxx, and Madame Tussauds have all distanced themselves from Kanye West.
Gotham/GC Images

The list of companies installing a firewall between themselves and Kanye West is getting longer by the day.

Peloton is the latest to distance itself, saying it has “indefinitely paused” playing West’s music in newly produced streaming workout classes. The company has also stopped recommending previous classes that used his music, though it has not removed those from its catalog.

The decision comes after West, who also goes by Ye, made a series of antisemitic comments. The troubles intensified last Saturday, when supporters/demonstrators in Los Angeles hung a banner on an overpass saying “Honk if you know Kanye is right about the Jews.” Pictures from that went viral, prompting more businesses to sever ties with the singer/entrepreneur/provocateur.

“I’m not even going to speak too much on it because you know I stand with you; you will not hear that artist in my class at all… I do not support hate speech whatsoever, baby,” instructor Alex Toussaint said during a recent class.

Peloton, speaking to PeloBuddy, an unaffiliated resource site for Peloton enthusiasts, said, “We take this issue very seriously and can confirm Peloton indefinitely paused the use of Kanye West’s music on our platform. This means our instructors are no longer using his music in any newly produced classes and we are not suggesting any class that includes his music in our proactive recommendations to Members. You should know this was a decision we made immediately following his remarks.”

Meanwhile, Madame Tussauds has removed Ye’s wax figure from its London location, with a spokesperson telling the Hollywood Reporter that “each profile earns their place at Madame Tussauds London and we listen to our guests and the public on who they expect to see at the attraction.”

TJ Maxx has also announced it will boycott Ye’s apparel line, telling its buying teams not to purchase the clothes for sale in any of its stores globally. That ban would also include Marshalls and Home Goods. And Christie’s auction house has cancelled the sale of a Yeezy 1 prototype shoe that West wore to the 2008 Grammy Awards, which last sold for $1.8 million.

West was escorted from Skechers headquarters on Wednesday after arriving unannounced at the company.