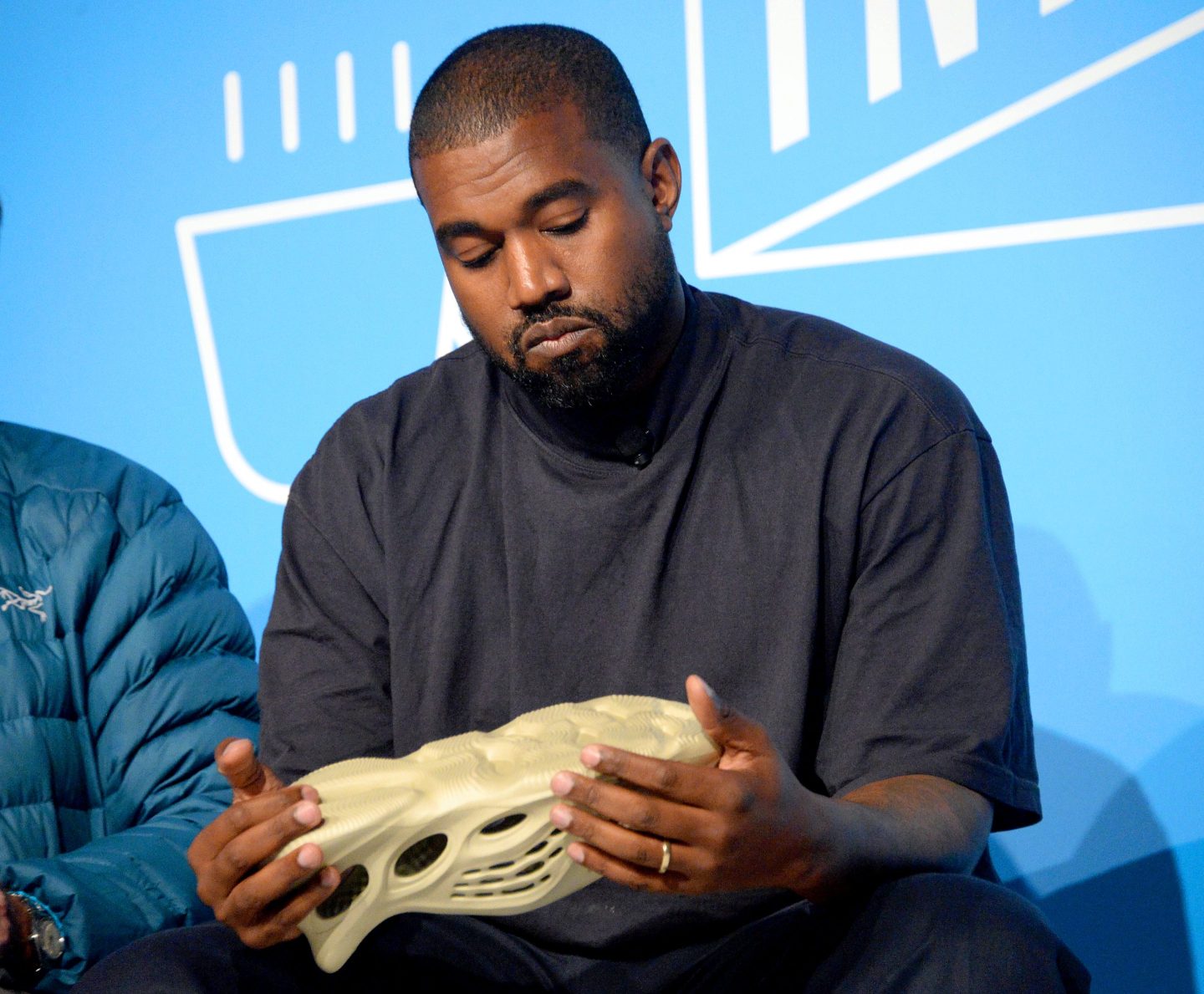 The fallout from Kanye West’s anti-Semitic comments is ongoing, but one thing is certain: His views are alienating the singer/entrepreneur/provocateur from some of his most important business partners.

Following his initial comments and subsequent follow-ups that threatened and diminished Jewish people, some companies backed away from West, who is now legally known as Ye. But his troubles intensified Saturday, when supporters in Los Angeles hung a banner on an overpass saying “Honk if you know Kanye is right about the Jews.” Pictures went viral, prompting more corporate distancing.

West generally flourishes in controversy, basking in the attention it brings. This time, though, it’s hitting him hard in the wallet.

Here’s a look at the companies that have said “no way” to Ye.

Adidas tried to weather the storm of controversy surrounding West, but found itself forced into a corner and ended its partnership with him on Monday.

“After a thorough review, the company has taken the decision to terminate the partnership with Ye immediately, end production of Yeezy branded products and stop all payments to Ye and his companies. Adidas will stop the Adidas Yeezy business with immediate effect,” the company said.

Interestingly, though, the company’s announcement also included the line “Adidas is the sole owner of all design rights to existing products as well as previous and new colorways under the partnership.” That implies the shoes could return under a different name. It also preemptively addresses any potential future complaints about the designs being stolen.

While West wore a Balenciaga boxing mouthguard at this year’s Paris Fashion Week, the design house has severed its ties with him after his anti-Semitic posts. Speaking to WWD, the company said “Balenciaga has no longer any relationship nor any plans for future projects related to this artist.” It has also removed all photos of West from its website.

Ye has been a client of CAA, one of the leading talent agencies, since 2016, but that relationship came to an end Monday.

This law firm had been representing West in his divorce from Kim Kardashian. That’s over now, it tells The Washington Post.

Workers at the shoe chain’s 874 stores have been instructed to remove all Yeezy products from display and cease selling them, the company said Tuesday. The announcement came on the heels of Adidas’ decision to cut ties with West.

West publicly terminated his relationship with Gap last month, after a two-year relationship. That was before the anti-Semitic controversy. Since his comments, though, Gap has shut down its YeezyGap.com portal. (That URL now redirects to the main Gap website.) The company has also removed all Yeezy products from its stores, effective Tuesday.

“Our former partner’s recent remarks and behavior further underscore why we are taking immediate steps to remove Yeezy Gap product from our stores and we have shut down YeezyGap.com,” the company said in a statement. “Antisemitism, racism and hate in any form are inexcusable and not tolerated in accordance with our values. On behalf of our customers, employees and shareholders, we are partnering with organizations that combat hate and discrimination.”

The bank’s severing of ties with West came before his recent controversial actions, though some West allies attempted to make it appear related to his outspoken nature. However, last month, he told CNBC “I’m moving my money over from JPMorgan to Bank of America, possibly, because I go and move $140 million over to JPMorgan and [CEO] Jamie Dimon never calls me.“

The studio has already completed a documentary about West, but decided to shelve it after his anti-Semitic comments came to light.

“This morning, after discussion with our filmmakers and distribution partners, we made the decision not to proceed with any distribution for our recently completed documentary about Kanye West,” studio executives announced Monday. “We cannot support any content that amplifies his platform.”

While West was a CAA client, he briefly was represented by UTA in the past. The company made it clear he will not be welcome back, with CEOT Jeremy Zimmer sending out a company-wide memo Sunday.

“Regrettably, antisemitism, racism and many forms of hate and intolerance are part of the fabric of society. Generally, they live as a plague eroding the health of communities and are combatted by understanding, tolerance and the general goodness of most people,” Zimmer wrote. “But throughout history some have used their public platform to spew the plague out loud and spread the contagion to dangerous effect. Kanye is the latest to do so, and we’re seeing how his words embolden others to amplify their vile beliefs.”

It’s not just corporations that are distancing themselves from West. Collectors of his shoes and clothes are offloading them now, and the secondary market for those items has deflated, with prices dropping 30% or more.