Wall Street’s ‘Dr. Doom’ says central banks are screwed and we can’t avoid a financial crisis. ‘Damned if you do, damned if you don’t’ 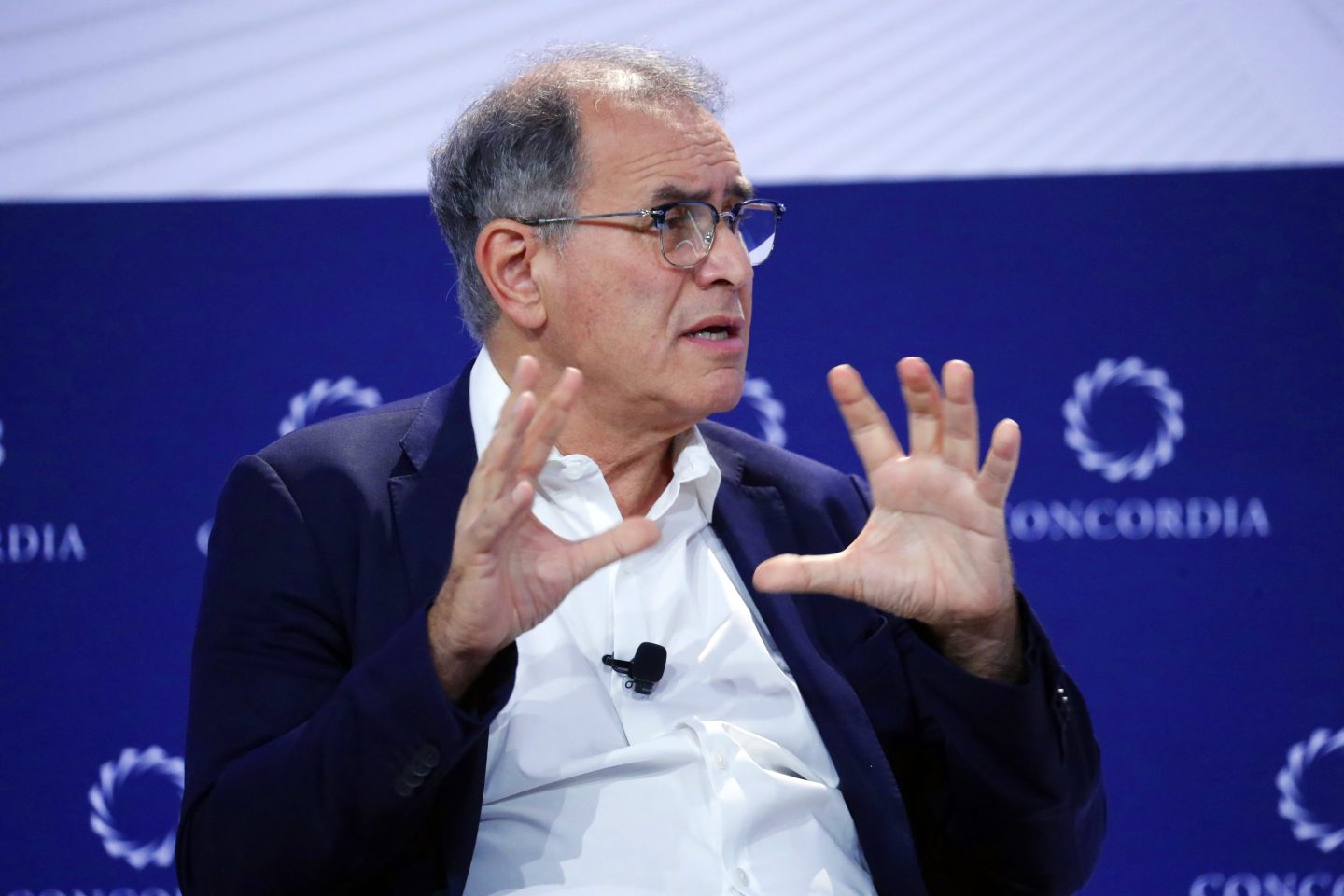 Federal Reserve Chair Jerome Powell’s characterization of the road ahead for the U.S. economy has become increasingly glum since the start of the year.

Back in March, Powell was targeting a “soft landing”—where the Fed’s interest rate hikes would tame inflation without sparking a recession. But just two months later, with inflation running hot, the Fed chair began waffling, saying the economy would probably see something more like a “soft-ish landing.”

By the time August rolled around, Powell was acknowledging that his policies will undoubtedly “bring some pain” to consumers and businesses, leading analysts to believe that the Fed was now targeting a “growth recession.”

“Dr. Doom” says it’s much worse than that, and any claims of a soft landing at this point are “delusional.”

Nouriel Roubini, an NYU economics professor and the CEO of Roubini Macro Associates, who has gained the Marvel supervillain nickname because of his dire (and often correct) economic predictions, said in a new episode of Bloomberg’s Odd Lots podcast on Thursday that the situation is far worse than a growth recession.

“We’re going to have a nasty recession, nasty stagflation, and another severe financial crisis. I think that’s the baseline,” he said.

Roubini, who is known for correctly predicting the 2008 housing bust and subsequent financial crisis, added that he believes that it’s “too late” for the Fed to rescue the U.S. economy after it mistakenly called inflation “transitory,” or temporary, last year.

And even more alarmingly, he argues that it may not matter if central bank officials continue raising rates to fight inflation, or if they “wimp out” and cut rates fearing a recession.

In his new book, MegaThreats: 10 Dangerous Trends That Imperil Our Future, and How to Survive Them, Roubini details how trends such as de-globalization, rising public and private debts, and climate change are set to create an era of high inflation and low growth that he calls “the Great Stagflation.”

The economist believes that the Fed isn’t willing to do what it takes to prevent this stagflationary era, and will eventually give up on raising interest rates because there is going to be more than just “some pain” coming for the global economy.

“This is just the beginning of the pain. Wait until it’s real pain,” Roubini said. “And then you have a major financial institution that may crack globally…There are a couple of firms that are huge and systemic. They can go under. You might have another Lehman effect, then the Fed will have to wimp out. You’ll have a severe recession, and you’ll have a financial market shock. They’re going to wimp out for sure.”

As people who remember the epic crash of 2008 would know, Roubini was referencing the collapse of 161-year-old financial services powerhouse Lehman Brothers, a moment widely seen as the turning point that led to the Great Financial Crisis. Lehman’s bankruptcy led to a 4.5% one-day drop in the Dow Jones industrial average on Sept. 15, 2008, and caused mass withdrawals from mutual funds, leading many banks to the edge of failure.

The Fed responded to the collapse by slashing interest rates and stepping in to save other banks, while Congress passed the $700 billion Troubled Asset Relief Program (TARP) to stabilize the financial system. Roubini believes that if another Lehman-level financial institution goes bust this time around, the Fed will stick to its old playbook and “wimp out” on rate hikes.

Still, he noted that if he were leading the Fed, he would continue raising interest rates to fight inflation, no matter the costs. A return to the high inflation and low growth of the 1970s would be a disaster, he argued.

“I would avoid the ’70s, avoid inflation, by going real hard on fighting inflation and avoiding a de-anchoring of inflation expectations,” he said. “But that’s going to lead to a nasty recession and a financial crisis like we didn’t have in the ‘70s because we didn’t have a debt problem then.”

Even though more rate hikes will surely cause a recession, Roubini believes that it makes more sense to have a recession now and avoid stagflation, because the only cure for stagflation is an even more severe recession down the road. In the 1980s, for example, then–Fed Chair Paul Volcker took a hard-line stance against the stagflation that plagued the U.S. economy during the prior decade, and his policies ended up sparking a double-dip recession.

“I fear that right now we have three problems: a problem of inflation, a problem of growth, and a problem of financial stability, with too much debt and collapsing asset bubbles. And you cannot resolve them…whatever you do, it’s not going to avoid a crisis at this point,” he said.

Roubini went on to give a few tips for investors looking to protect themselves in these trying times.

He said that the classic 60-40 portfolio, which allocates 60% of its holdings to stocks and 40% to bonds, “doesn’t work” in the current economic environment. In the past, the prices of stocks and bonds had an inverse relationship. This meant that in bear markets, bonds would outperform, while in bull markets, stocks would outperform.

Roubini argued that the 60-40 portfolio has become a stalwart in wealth management circles because of this relationship. Stocks and bonds work to hedge each other, so no matter what the market is doing, at least a portion of a 60-40 portfolio will always turn a profit.

This year, however, both stocks and bonds are down big. And Roubini believes that trend of underperformance could continue for years to come.

He recommended investors avoid the 60-40 portfolio and instead opt for short-duration bonds that are less affected by rising rates; Treasury Inflation-Protected Securities (TIPS) that reprice when inflation is higher; and precious metals like gold that should outperform once the Fed “wimps out” and cuts interest rates.