Record wind and solar production in Europe offset 11 billion euros in natural gas costs this year, but it’s too little to end the energy crisis 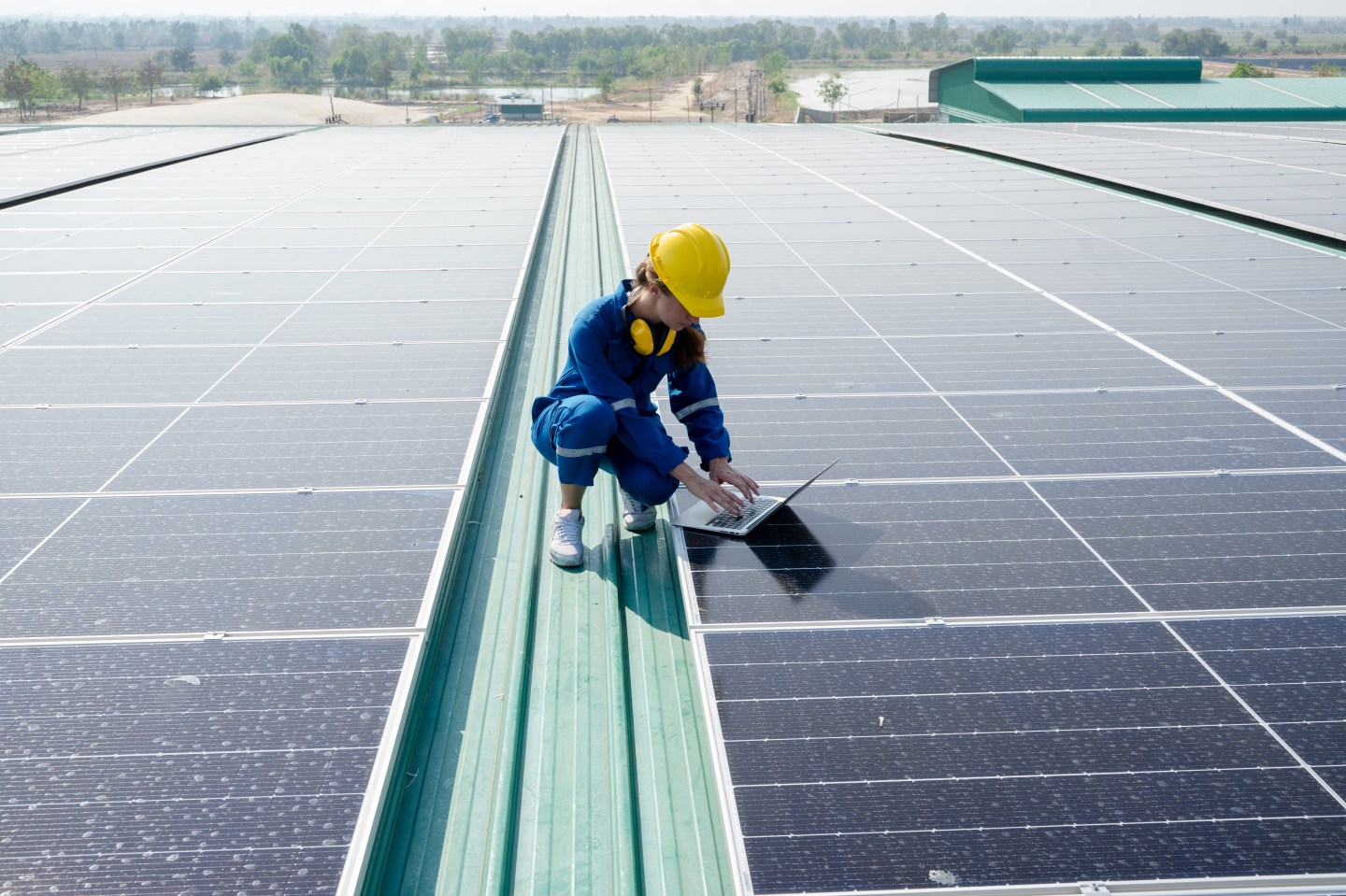 Increased solar and wind power production has softened the blow of limited natural gas supply and soaring energy prices in Europe, but renewable energy has yet to completely supplant the continent’s appetite for fossil fuels.

Energy prices have been a big factor behind Europe’s rising inflation this year. The euro area’s annual inflation rate hit 9.9% this week, with rising energy prices—exacerbated by the Ukraine War and Russia limiting natural gas flows to Europe—accounting for the largest share of inflation at 42%.

But energy prices may have been tempered somewhat by record renewable energy production this year, mainly wind and solar power.

Between March and September of this year, wind and solar were ramped up to provide 24% of the EU’s electricity, up from 21% over the same period last year, according to a study released Monday by energy and climate policy think tanks Ember and E3G.

The study’s authors calculated the equivalent cost in natural gas based on the average price of the Dutch TTF, the EU’s benchmark natural gas index. The TTF hit record highs during the summer when Russian energy companies began reducing natural gas flows to Europe, and while prices have fallen since then, they are still at a record high for this time of year.

Poland registered the highest increase in solar and wind generation compared with last year, around 48%, while Spain saw the greatest absolute increase in electricity generated from the two sources. If Spain had used natural gas to generate the electricity solar and wind have produced in the country since March, it would have cost €1.7 billion in imports.

In all, as many as 19 of the 27 EU member states—including France, Italy, and Spain—hit individual records for solar and wind power generation.

Solar energy was especially productive in Europe last summer, when it accounted for a record 12% of EU electricity generation from May to August, according to a September report by Ember. In those three months, solar alone allowed EU nations to avoid spending €29 billion in natural gas imports, according to Ember.

Wind and solar have been the cornerstone of the European Union’s flagship REPowerEU plan to transition from reliance on Russian fossil fuels to a renewed focus on clean energy sources to tackle climate change. But while the Ukraine invasion and constricted natural gas supply helped to boost renewable energy investments and projects, the industry’s surge this year may be insufficiently fast and big enough to fend off a mounting energy crisis in Europe.

The energy crisis is still happening

When war broke out, Europe depended on Russia for 40% of its natural gas and 27% of its imported oil. Europe has long relied on natural gas, and especially Russian gas, as a key enabler of its transition from fossil fuels to renewables, designating some natural gas projects as “green” earlier this year.

But there are limits to Europe’s renewable energy ambitions. Its demand for clean energy technologies is outpacing supplies of crucial rare earth elements, including the lithium and cobalt used to manufacture solar panels and batteries.

The resilience and continued momentum of Europe’s renewable energy industry will likely influence whether the continent’s energy crisis will spill over into next year, as natural gas flows become even more limited and a partial EU ban on Russian oil kicks in.

But while Europe’s renewable industry faces challenges, persistently high prices for natural gas and its more easily transportable liquefied form, LNG, mean that that greener energy may prove to be the easiest option for governments over the next few years, the authors of the Ember/E3G study wrote.

“With tight LNG markets sustaining high gas costs for the next years, governments need to support the clean energy ambition of RePowerEU, making it a core element of the energy price crisis response,” Artur Patuleia, senior associate of energy system transitions at E3G, said in a statement.

Natural gas supplies are expected to remain limited for the next year at least, according to recent analysis from the watchdog International Energy Agency, owing to further constraints from Russia and rising global competition for supplies.

“Wind and solar are already helping European citizens,” Chris Rosslowe, senior analyst at Ember, also said. “But the future potential is even greater.”