Europe is in the middle of a brutal energy crisis. Next year could be much, much worse 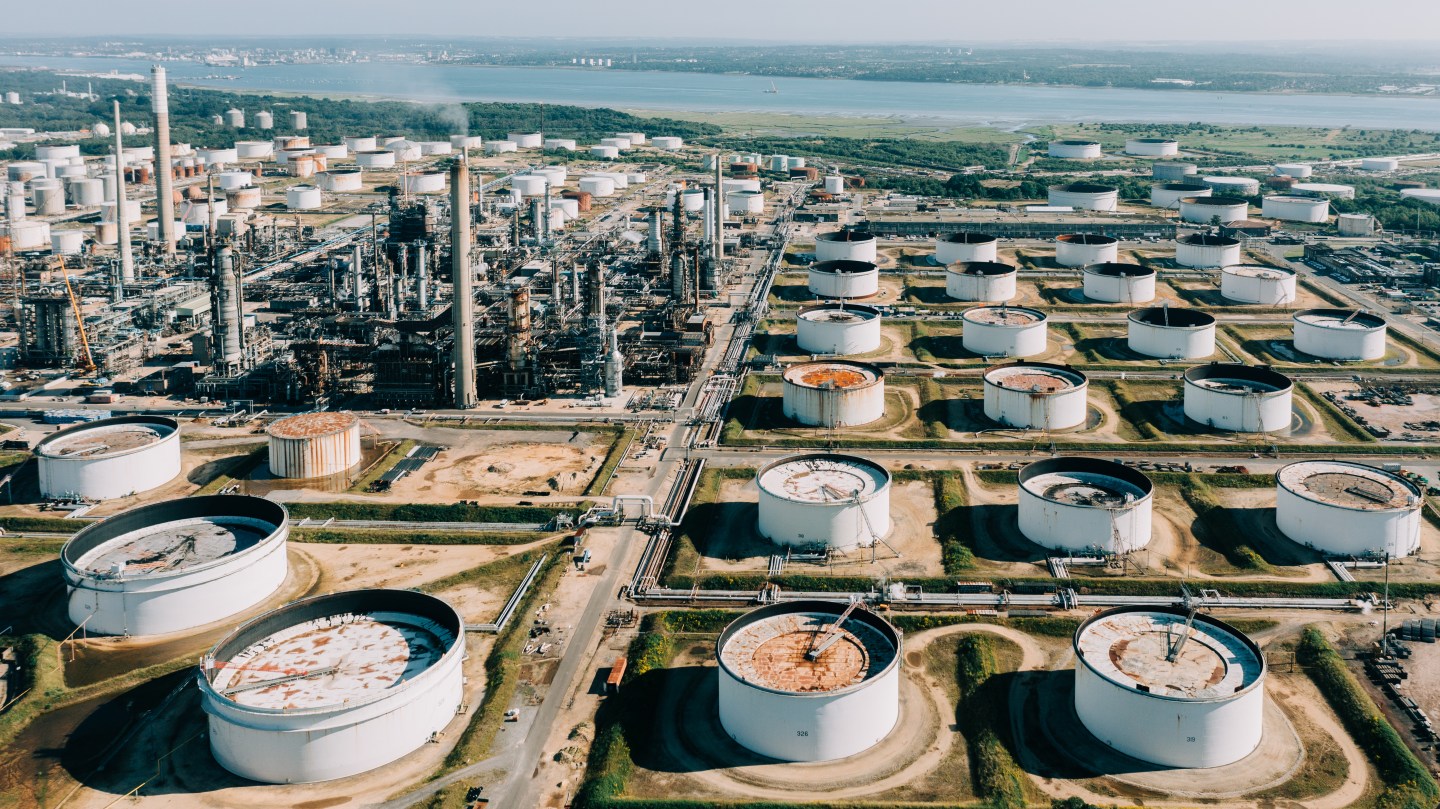 As bad as Europe’s energy woes are now, the continent’s energy crisis will not be over by next spring.

Eight months after the Russian invasion of Ukraine, Europe’s transition away from Russian energy imports has not been an easy one. Last year, Europe imported 99 billion euros ($117 billion in 2021 dollars) in energy from Russia, which included around 40% of Europe’s natural gas consumption and 30% of its crude oil. The result, at least in the short term, has been a mounting energy crisis across the continent, marked by record-high natural gas prices and utility bills tripling in many places.

Governments have successfully scrambled to fill up underground natural gas storage reserves in preparation for the colder winter months ahead—when energy demand is at its highest. This week, Germany reached a critical milestone by filling its gas reserves to 95% over two weeks ahead of schedule, while gas storages across the EU are now nearly 92% full, far exceeding an earlier target to have storages 80% full by November 1.

But while full storages might soften the blow this winter, they won’t last forever. Experts warn that European gas storages are only designed to last a few months, regardless of whether it will be a cold winter or a mild one. And between increasingly limited flows from Russia, no new natural gas projects coming online in the next year, and more competition from Asian markets, Europe’s energy crisis looks likely to get much worse in winter 2023-24.

“Most likely all of the gas from underground storages will have been utilized by the end of the heating season in spring, and there are no significant potential additions visible in 2023 for European supplies,” Tatiana Mitrova, a research fellow with Columbia University’s Center on Global Energy Policy, told Fortune.

“It seems to be nearly guaranteed next year will be worse,” she added. “I’m afraid it will be really tough next year.”

Since the invasion of Ukraine, European nations have worked hard to diminish their reliance on Russian energy sources, including with an EU-wide ban on most Russian oil imports, set to begin in December.

But until recently, Europe was still receiving ample amounts of natural gas from Russia mainly through the Nord Stream pipeline, much of which was being redirected to fill the continent’s reserves. Those flows finally came to a halt in late August, when Russian energy companies unilaterally cut off natural gas flows to the continent in response to Western sanctions.

Any hope that flows along the Nord Stream could resume before next winter were effectively dashed at the end of September when the pipeline was damaged and began leaking hundreds of thousands of tons of methane into the North Sea. No natural gas was flowing along the pipeline at the time of the damage, but operators have so far been restricted from accessing the site and carrying out repairs.

“After this exposure of the Nord Stream, there is really no physical ability to restore historical flows, even if we could imagine theoretically some settlement between Russia and Ukraine and the West,” Mitrova said.

Other pipelines connecting Russia to Europe are still in operation, although the Kremlin has recently issued threats that these may follow the same fate as Nord Stream and be shut down. The TurkSteam pipeline, running from Russia to southern Europe via Turkey, remains operational, although its Russian operator hinted in September that maintenance work and deliveries could be suspended in response to EU sanctions. Finally, some of these pipelines also pass directly through Ukraine, and their capacity to deliver gas supplies to Europe could easily be hindered by the war, Mitrova said.

Any of these pipelines could go down the same road as Nord Stream, which would make restocking in preparation for next winter extremely difficult for Europe.

“The main fear is also whether flows via Ukraine and TurkStream get cut, in which case it could intensify the energy crisis over the coming and next winter,” Ryhana Rasidi, gas analyst at energy consultancy Kpler, told Fortune.

The absence of Russian flows leaves Europe with few options to restock its reserves before next winter. The continent has turned to importing large volumes of more easily transportable liquified natural gas (LNG) from the U.S. and the Middle East, but these large producers have made it abundantly clear that there are no new natural gas projects slated to break ground next year, meaning supply will stay tight.

“We know that there are actually no big new LNG projects coming online globally in 2023. So LNG supply is not expected to increase,” Mitrova said.

Global natural gas supply is expected to stay tight in 2023 due to reduced Russian flows and a lack of new projects worldwide, according to a forecast from the Paris-based International Energy Agency earlier this month.

But crunched natural gas supply could become an even bigger problem for Europe next year, as the continent will likely have to deal with a lot more competition.

In its quest to fill up gas reserves this year, Europe has benefited from a steep decline in energy demand from usually profligate spenders in Asian markets.

Last year, China was the world’s leading LNG importer, buying large amounts from countries including the U.S. and Qatar. But in 2022, China’s LNG imports have fallen by 14%, according to energy consultancy Wood Mackenzie, largely due to an economic slowdown, COVID-19 lockdowns, and a warmer-than-expected winter.

Experts say a revival of natural gas demand from China will depend on the country’s economic recovery next year, and on the possibility of a cold winter. Regardless, Europe is sure to keep an eye on East Asian weather forecasts just as much as its own.

“The extent of LNG imports to Europe would also be dependent on demand from Northeast Asia,” Rasidi said.

“It is very difficult to predict what will happen with COVID In China, but there is a rather high probability that there will be some economic recovery which will lead to higher LNG demand,” Mitrova said.

China’s LNG demand could rebound by 14% in the 2023-24 season, according to a recent forecast from Morgan Stanley, as lockdowns become less commonplace and economic recovery in the country picks up.

With no new supply on the horizon, and more competition for existing natural gas, the 2023-24 winter is looking increasingly dire for Europe.

Ideally, the continent will be able to count on more non-fossil fuel energy sources, including renewables and nuclear power, which have not been able to meet demand this year. For instance hydropower—Europe’s second-largest renewable energy source—has been in short supply this year after a series of crippling droughts over the summer. As for nuclear power, Europe has historically relied on France’s large nuclear capacity as a stable energy source, but worker strikes and required maintenance work has taken many power plants offline this year.

France’s nuclear fleet should be back online next year, but that is not a guarantee, according to Mitrova, who added that it will be years before any new investments in nuclear power would start being helpful. The ability of renewables to make up for lower gas capacity, meanwhile, will largely depend on next summer’s weather.

With energy uncertainty seemingly the name of the game for the foreseeable future in Europe, experts say that reducing energy demand will likely have to become a habit.

“Europe’s best option to handle the situation would be to keep domestic consumption in control through energy-saving measures where necessary,” Rasidi said.

European nations have already resorted to energy rationing measures this year, including mandatory requirements to cut power consumption. But reduced energy usage may be only the long-term way to cope with high utility bills and crunched energy supply.

“It is a unique opportunity for Europe to really reshape its energy demand and to reassess the way it is consuming energy,” Mitrova said.

The European Union has emphasized energy efficiency for both individual households and industries as a key component of the continent’s energy policy and transition away from fossil fuels, but in recent months the bloc has adopted the same rhetoric in response to the energy crisis and as a way to reduce utility bills.

“These are habits which have to change anyway if we are serious about climate targets, but now they will be forced by enormously high energy bills,” Mitrova said.