The metaverse will make or break Mark Zuckerberg 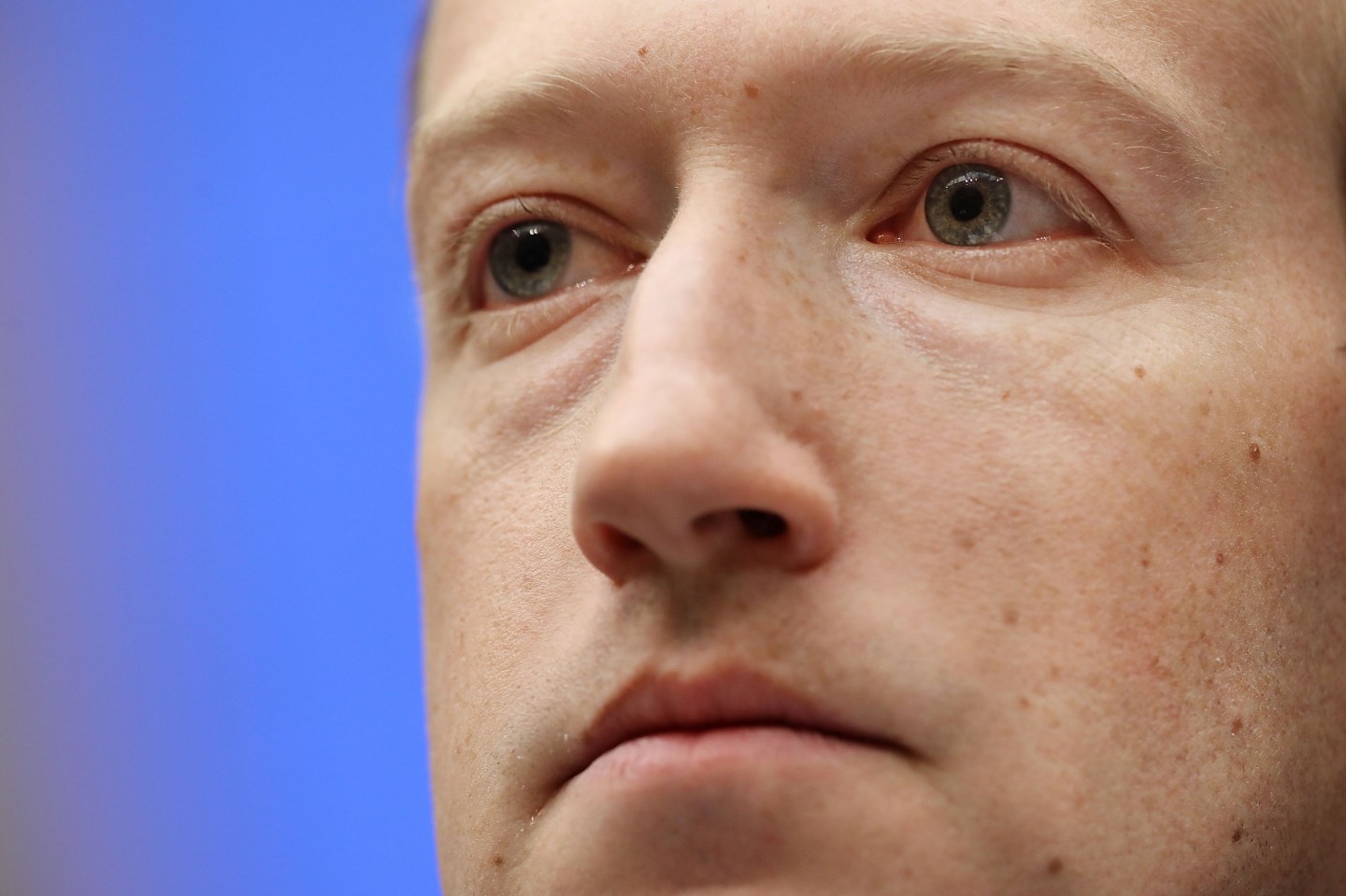 Meta CEO Mark Zuckerberg is placing the future of his company on the metaverse, but will appetite for virtual reality be enough to sustain the business?
Chip Somodevilla/Getty Images

Meta, the parent company of Facebook and Instagram, owned the news cycle on Tuesday with its rollout of a new mixed reality headset and a coordinated campaign of accompanying hoopla.

The company showed off the new $1,500 Quest Pro headset at its virtual reality and metaverse-focused Connect conference. That’s the same conference in which Facebook officially rebranded itself as Meta Inc last year, underscoring its ambition to move beyond its roots in social networking.

At this year’s event, industry heavyweights like Microsoft CEO Satya Nadella and Accenture CEO Julie Sweet took the stage to profess their enthusiasm for the metaverse. Microsoft is partnering with Meta to make special versions of its office productivity software that people can use while wearing the Quest Pro headset.

The headset itself garnered positive reviews from journalists who took it for a test drive. Wired’s Lauren Goode called it the most technologically advanced VR headset yet. That said, many reviewers, including Goode, added that they probably would not want to spend eight hours a day with one of these things strapped to their face.

Meta CEO Mark Zuckerberg seems well aware of the need to keep expectations limited. In an interview with The Verge’s Alex Heath, Zuckerberg stressed that this was an early and imperfect step in a longer journey—almost like a prototype, albeit one with a $1,500 price tag. “This is a V1 device. So it’s not like the perfect incarnation of this,” Zuckerberg said.

Zuckerberg’s big bet on the metaverse is itself a bit of mixed reality: On one side of the screen is Meta’s core social networking business which is under immense competitive pressure from TikTok and from privacy changes to Apple’s iPhone that are choking its ad revenue (which accounts for 98% of Meta’s business).

On the other screen is the amorphous notion of a metaverse, and Zuckerberg’s insistence that it’s the only thing that matters.

To a Zuckerberg believer (and, if nothing else, Zuckerberg has demonstrated a shrewd business instinct over the years) the Facebook founder is Wayne Gretzky—skating to where the puck will be (the metaverse), rather than where the puck is right now (social media feeds).

The question is whether the puck’s trajectory is actually headed towards the metaverse, and a world of VR and AR headsets, or whether the puck ends up somewhere else entirely; a technology or computing platform that we’re not even thinking about yet. We won’t know the answer for a few more years, but when it happens it will be either a spectacular demonstration of tech leadership or one of the most costly blunders in business history.

Yuri says do svidaniya to Russia. Yuri Milner, the billionaire tech investor who was an early backer of Facebook, has officially renounced his Russian citizenship. Milner, who became an Israeli citizen in 1999, announced the move on Twitter, noting that he and his family had "left Russia for good" in 2014 after its annexation of Crimea. As Bloomberg noted in its report of the news, Milner's first company, DST Global, was partly funded from a state-controlled Russian bank and other Russian backers in 2011.

TikTok's new target: Amazon. Chinese social media app TikTok has been eating into Instagram and Snapchat's user base for years. Now there are signs that it wants to take a piece out of Amazon's pie too. According to job listings spotted by Axios, TikTok plans to build a network of e-commerce fulfillment centers throughout the U.S. These warehouses would allow TikTok to ramp up its nascent online commerce business, speeding up product deliveries to customers. "By providing warehousing, delivery, and customer service returns, our mission is to help sellers improve their operational capability and efficiency, provide buyers a satisfying shopping experience and ensure fast and sustainable growth of TikTok Shop," one of the job listings says.

‘It’s like running a different company every two years’: AMD CEO Lisa Su on the chipmaker’s stunning ups and downs, by Kylie Robison

Netflix will reveal for the first time how many people watch (or don’t watch) its shows, by Alice Hearing

Is it too early to worry about killer robots? by Alexei Oreskovic

Elon and Vlad, did they or didn't they? Just when the Elon Musk/Twitter deal drama seemed to be in a lull, the billionaire Tesla CEO has thrust himself into the news once more. This time, the story is about Musk and Russian president Vladmir Putin. Apparently the two men had a recent phone conversation, right before Musk publicly tweeted a "peace plan" for the Ukraine war that was widely criticized for parroting Russian talking points.

But as with all things Musk, the story gets stranger.

The initial news of the Musk-Putin confab was revealed by Ian Bremmer, the head of political consulting firm Eurasia Group, who claimed in a newsletter that he was told about the phone call by Musk himself. False, says Musk, who tweeted on Tuesday that the last—and only—time he spoke to Putin was 18 months ago. And the topic of that conversation, he said, was space.

Bremmer is sticking to his story. "Musk told me he had spoken with putin and the kremlin about ukraine. he also told me what the kremlin's red lines were," Bremmer tweeted on Tuesday. According to Bremmer, Musk also said he rejected a request by Ukraine to deploy Starlink internet satellites over Crimea, fearing that such a move could spark a nuclear war.

As Bremmer and Musk's conflicting accounts devolve into a sophomoric Twitter spat—"Nobody should trust Bremmer," Musk fired back—the world seems no closer to knowing whether Putin and Musk have been in contact. That is, unless one other person involved in the story wants to set the record straight: Russia, if you're listening...