‘It’s like running a different company every two years’: AMD CEO Lisa Su on the chipmaker’s stunning ups and downs 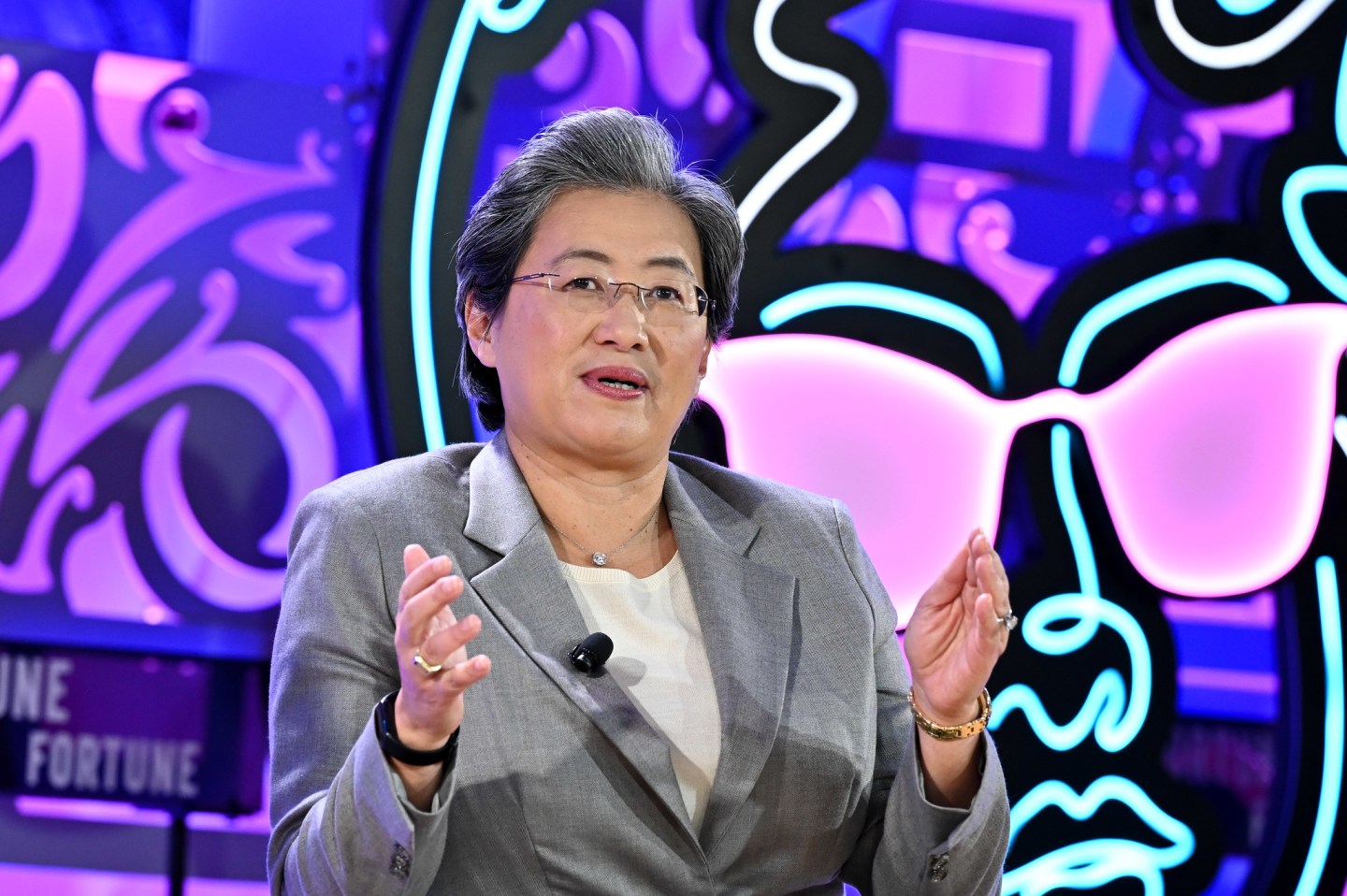 Deteriorating personal computer demand and a semi–cold war between the U.S. and China have pummeled semiconductor firm Advanced Micro Devices over the past year, bringing the company’s stock down from an all-time high.

Under broad new export restrictions implemented on Oct. 7 by the Biden administration, U.S.-based businesses like AMD can no longer sell advanced semiconductors or equipment used to fabricate newer chips to China. Meanwhile, crumbling demand for desktop and laptop computers has already taken a toll on AMD’s top line, reducing its quarterly revenue projections by $1 billion, in what some analysts called a “breathtaking” hit.

Yet the highs and lows of the industry haven’t dimmed AMD chief executive Lisa Su’s confidence in the future of the firm. At the Fortune Most Powerful Women Summit on Tuesday, Su said the new export restrictions “probably” won’t affect the company a lot in the short term.

“I think we have to see sort of how things play out,” Su said onstage in her interview with Fortune CEO Alan Murray.

The new restrictions aren’t the only impending threat to the semiconductor market. A looming recession has forced the tech industry to cut costs, and customers aren’t in the same bind they once were during the chip shortage. Now, penny-pinching firms are using their pandemic chip stockpiles rather than making new orders, putting AMD in a difficult position.

Despite these obstacles, Su said she feels “wonderful” about the future of the semiconductor industry. People will always need computers, and the company will need to continue to adjust its strategy to survive the medium-term problems, according to Su.

In 2014, when Su was appointed CEO, Advanced Micro Devices was on the verge of bankruptcy. The company’s stock price has increased dramatically since her appointment as chief executive, and the chip shortage in 2021 caused AMD’s shares to soar over 50%. Su’s oversight of the company ultimately earned her a spot not only on the Fortune Most Powerful Women list, but on its list of the World’s 50 Greatest Leaders.

“We have lots of things in front of us, and that’s what we’re always thinking about,” Su said. “What does the next five years bring? And that’s really helped us grow as much as we have.”

Clarification, Oct. 12, 2022: Language in the article was changed to make clear that AMD’s Q3 revenue shortfall is due to declining PC demand, and not related to the recent chip export restrictions.