Meta positions new $1,500 VR headset as a laptop alternative — but expert says operating in the metaverse for businesses is still ‘quite a stretch’ 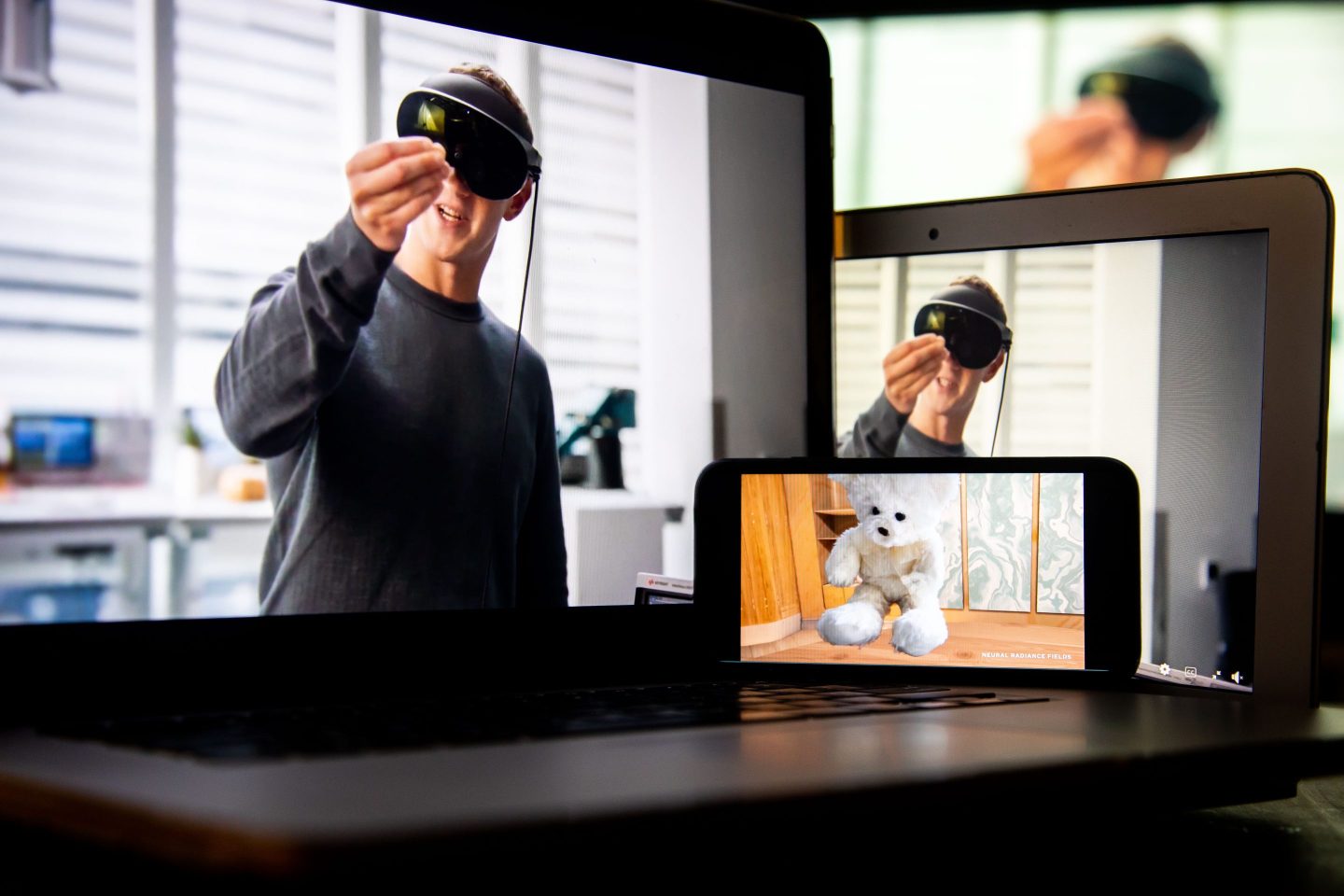 Facebook parent Meta unveiled a high-end virtual reality headset Tuesday with the hope that people will soon be using it to work and play in the still-elusive place called the “metaverse.”

The $1,500 Meta Quest Pro headset sports high-resolution sensors that let people see mixed virtual and augmented reality in full color, as well as eye tracking and so-called “natural facial expressions” that mimic the wearer’s facial movements so their avatars appear natural when interacting with other avatars in virtual-reality environments.

Formerly known as Facebook, Meta is in the midst of a corporate transformation that it says will take years to complete. It wants to evolve from a provider of social platforms to a dominant power in a nascent virtual-reality construct called the metaverse — sort of like the internet brought to life, or at least rendered in 3D.

CEO Mark Zuckerberg has described the metaverse as an immersive virtual environment, a place people can virtually “enter” rather than just staring at it on a screen. The company is investing billions in its metaverse plans that will likely take years to pay off.

VR headsets are already popular with some gamers, but Meta knows that won’t be enough to make the metaverse mainstream. As such, it’s setting office — and home office — workers in its sights.

“Meta is positioning the new Meta Quest Pro headset as an alternative to using a laptop,” said to Rolf Illenberger, founder and managing director of VRdirect, which builds VR environments for businesses. But he added that for businesses, operating in the virtual worlds of the metaverse is still “quite a stretch.”

Meta also announced that its metaverse avatars will soon have legs — an important detail that’s been missing since the avatars made their debut last year.