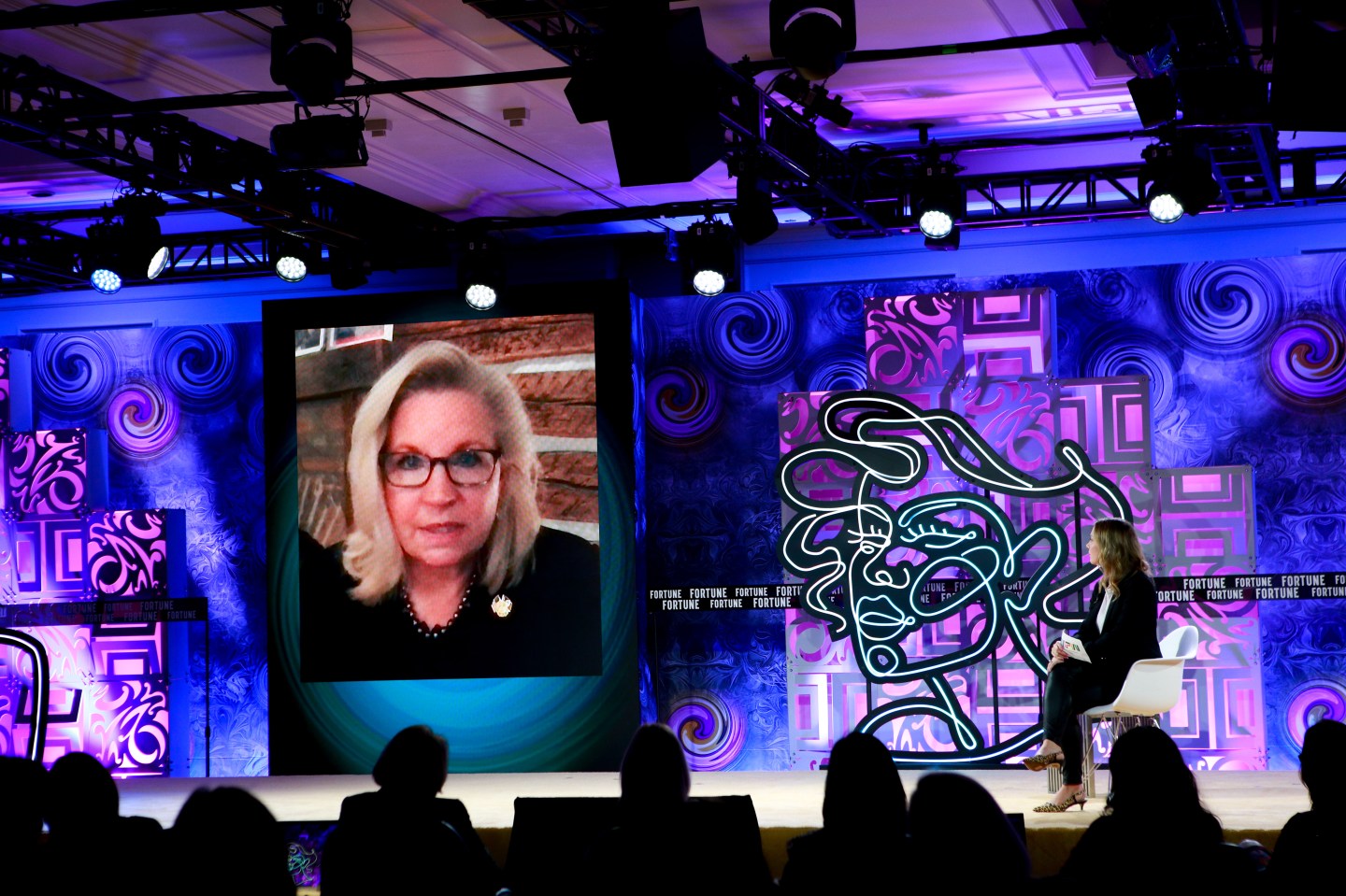 – Real responsibility. Dozens of companies pledged to withdraw financial support from lawmakers and groups denying the outcomes of the 2020 presidential election following the Jan. 6 Capitol insurrection. Now, outgoing Wyoming congresswoman Liz Cheney wants them to stand by their word.

Cheney, who chairs the Jan. 6 select committee and was one of just 10 House Republicans to vote to impeach former President Donald Trump in January 2021, lost her August primary election to Trump-endorsed Harriet Hageman, who supports election fraud claims. Just hours after losing the primary election, Cheney converted her campaign committee into a PAC aimed at taking on the former president and his allies.

Cheney highlighted Arizona, where election deniers Kari Lake and Mark Finchem won the Republican primaries for the state’s gubernatorial race and secretary of state race, respectively. Cheney has been an outspoken opponent of both candidates, urging Arizona voters to vote for the Democrats running against them. While corporations may be more inclined to support the business policies of Republicans over Democrats, Cheney warned leaders that overlooking election denialism could mean never returning to a place where such policy debates can happen.

As for her political future, Cheney said she’s primarily focused on the Jan. 6 committee, serving Wyoming through the end of her term, and juggling time with her five kids. When asked by Shontell how she weighed the responsibility of leading the stand against election denialism against her career ambitions, Cheney said she had “never thought about it that way.”

“On Jan. 6, the president of the United States sent a violent mob to the Capitol, to attempt to stop the counting of the electoral votes, to attempt to steal the election. And there’s just no world in which a constitutional republic can sustain itself if we excuse that kind of behavior,” said Cheney. “To me, there never was a decision or a choice because it’s clear what our obligations are.”

Cheney also commended Cassidy Hutchinson, a former aide to Trump White House chief of staff Mark Meadows, and Georgia election workers Shaye Moss and Ruby Freeman for cooperating with the select committee in its investigation into efforts to overturn the 2020 election results.

“There are millions and millions of women whose response to it has been what mine has been, which is [that] we’re not going to stand for this,” she said. “We’re going to do what we have to do to protect the republic for our kids.”

- Getting political. Melinda French Gates is funding women business leaders and political candidates ahead of the midterm elections, recently investing $1 billion into her investment firm Pivotal Ventures. “I grew up in a household where my mom always said to me and my sister as a young girl, set your own agenda or somebody else will,” she said. Fortune

- IPO hibernation. IPO activity has fallen from its all-time high in 2021, but New York Stock Exchange president Lynn Martin doesn’t think startups are hibernating. While she cautioned that last year’s record high valuations and dealmaking were as much an outlier as this year’s bear market, she said a median would soon emerge as market volatility calms. Fortune

- Care desert. About 36% of all U.S. counties are “maternity care deserts,” lacking a hospital or birth center that offers obstetric care or obstetric providers, according to a new report from the March of Dimes. About 5% of U.S. counties reduced maternity care access between 2020 and 2022, while just 3% of counties increased access to care in the same period. CNN

- Everyone out. The entire board and CEO of Hockey Canada will step down following widespread criticism of how the organization handled sexual assault allegations against members of its 2018 men’s national junior team. A virtual election is scheduled for Dec. 17, and an interim management committee will be put in place until the new board appoints a new CEO. CBC

- Calls for reform. Paris Hilton is leading a push to reform the “troubled teen industry,” which consists of hundreds of medical facilities and programs in the U.S. intended to treat children with mental health and behavioral issues. Hilton, a former patient at a Utah therapeutic boarding school, and other former patients allege verbal, physical, emotional, and sexual abuse. New York Times

What does it take to be a girl group in 2022? Harper’s Bazaar

Lizzo is here to talk about all of it—that flute, that lyric, her man, and more Vanity Fair

“It’s not sufficient that it’s just me and [Rosalind Brewer].”

-TIAA CEO Thasunda Brown Duckett on being only one of two Black women leading Fortune 500 companies.