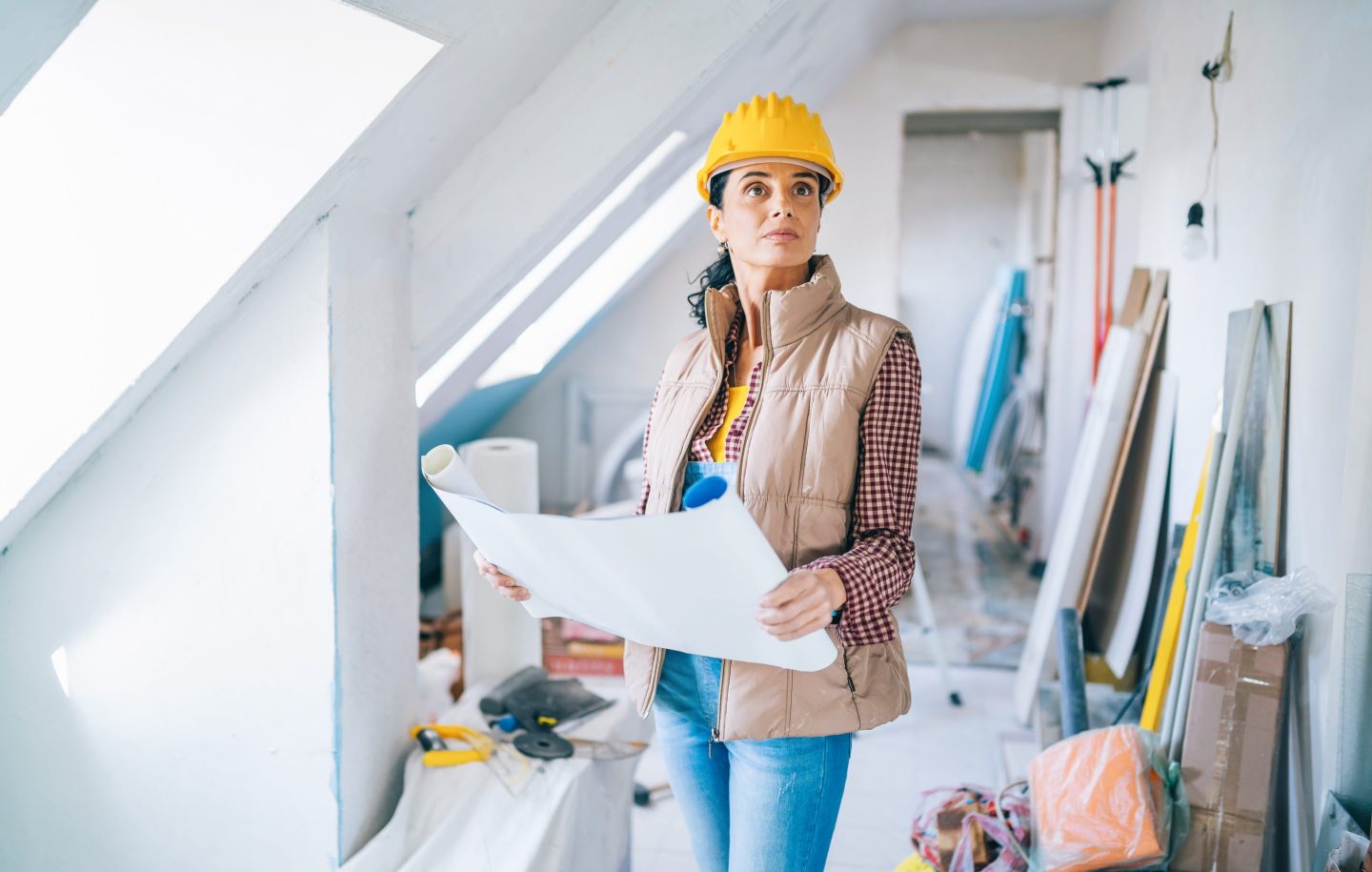 The number of women in construction hit a record one million in May 2022, and women-led companies are helping to fuel the growth.
Getty Images

In the traditionally male-dominated fields of home construction, home repair, and home renovation, the number of female entrepreneurs is slowly but steadily growing. This is in keeping with the growing number of women in construction, which hit a record 1 million in May, according to the Bureau of Labor Statistics. Fortune recently caught up with the founders of three companies that are fueling the trend.

Matriarchy Build is an Austin-based platform that launched this spring. It offers DIYers lessons in home maintenance from tradeswomen in such professions as plumbing, general contracting, and electrical work.

Vetted tradeswomen set their own rates and schedules via the site. For example, a 25-minute consultation on a home project might cost $50; an hour consult might be $100. The pro receives 80%; Matriarchy Build gets 20%. To date, the site has 50 tradeswomen live and available to help; it plans to double that number by year’s end.

“There’s a lot of excitement around the mission of having a hub for women with interests in these projects and these kinds of skills,” says Gabriella Ainslie, cofounder of the company. The team also publishes a weekly newsletter in which they share stories about their pros and publish articles on such topics as demystifying different household tools. “Women are interested in having a safe space to explore regardless of their knowledge base or their skill level,” Ainslie says.

Ainslie and her cofounder, Lacey Soslow (the two met in college), have bootstrapped the business and marketed it via a combination of organic growth and getting the word out via Instagram, TikTok, and traditional media. “We’ve been happy to see that male customers are also using our service,” Soslow says.

The partners hope their site can encourage other women to join these trades. “We want to shine a spotlight on women in this space who are already breaking barriers,” Ainslie says. “If we want to make sure we have enough labor to go around, we need everybody participating.”

Upping the ante for women and BIPOCs in construction

CEO Jean Brownhill founded Sweeten, a New York City–based website, in 2011 to match rigorously vetted general contractors with customers in the top 10 metropolitan areas nationwide. Brownhill now has 3,500 contractors in her referral database. But she’s upping the ante this fall by building a platform that will specifically help women and minorities in construction.

The goal: This fall, developers and primary contractors working on a major redevelopment project in Baltimore will be able to use the Sweeten platform to find minority- and women-led companies. The goal is for this program to expand nationally in the next 18 months.

“This tool is derived from our consumer business,” says Brownhill, an architect who came up with the idea for Sweeten after a particularly stressful renovation of her Brooklyn townhouse. “We’re going to be taking everything we’ve learned in our consumer marketplace about using algorithms and cutting-edge technology to best match the opportunities that primary contractors have with minority contractors best suited for them.”

The project is an extension of Sweeten Accelerator for Women (SAW), a program Brownhill launched in 2019 to help women general contractors access job opportunities, giving them greater visibility and an exclusive peer network to develop and grow their businesses.

“Not only was this always near and dear to my heart, but the opportunity to work with this Baltimore developer hopefully means a huge financial impact on the firms we’re hoping to connect with,” she says. “I saw how Sweeten has helped women in construction and, as a woman of color, I thought there was something more I could do.”

Ultimately, diversity is good for business, and so is promoting careers in construction, since the construction industry will add 400,000 new jobs from 2020 to 2030, according to the Bureau of Labor Statistics. “So much research supports the power of diversity in any industry,” Brownhill says. “This tool is an outgrowth of my personal goals… I’m thrilled to see it come to fruition.”

In 2018, when Nicole Gibbons launched Clare, an online paint company, it quickly became a category game changer; the company has seen more than 550% growth over the past three years.

One reason for the hype: Gibbons, an interior designer, created a product with feminine branding in contrast to, say, Benjamin Moore. Clare partners with a third-party manufacturing facility to produce its product: Customers can select from 64 eco-friendly paint colors and can order peel-and-stick swatches, all delivered to their door.

The Connecticut-based founder also raised $12 million in venture capital funding. That in itself is a major accomplishment, since Black women received only 0.27% of total venture capital funding between 2018 and 2019, according to ProjectDiane, a study that focuses on Latina and Black women founders in the U.S. Gibbons’s success has made her not only a go-to mentor for entrepreneurs but a sought-after expert in the art of raising capital.

“There are very few Black women who have raised over $1 million,” Gibbons says. “I get tapped regularly to talk about life as a diverse founder and the challenges of raising capital. There’s an added layer of bias when you’re a woman and Black. You have to convince someone to buy into your idea and buy into this vision you have—often before the vision has even been realized.”

Her story has resonated with customers too—or so she discovered during a recent survey in which the company asked customers why they chose to buy from Clare. “We saw that they checked off words like ‘convenience’ and ‘color selection,’” she says. “But there was also an ‘other’ box, and a lot of people wrote about how they identified with Clare as a minority-owned business, as a small business, and as a woman-owned business.”

Gibbons thinks that the appeal of the brand may ultimately come down to the ways in which customers identify with it. “People are shopping with their values,” she says. “Many want to hear a founder’s story and support a small minority-owned business. They’re searching for a brand with a real soul to it.”