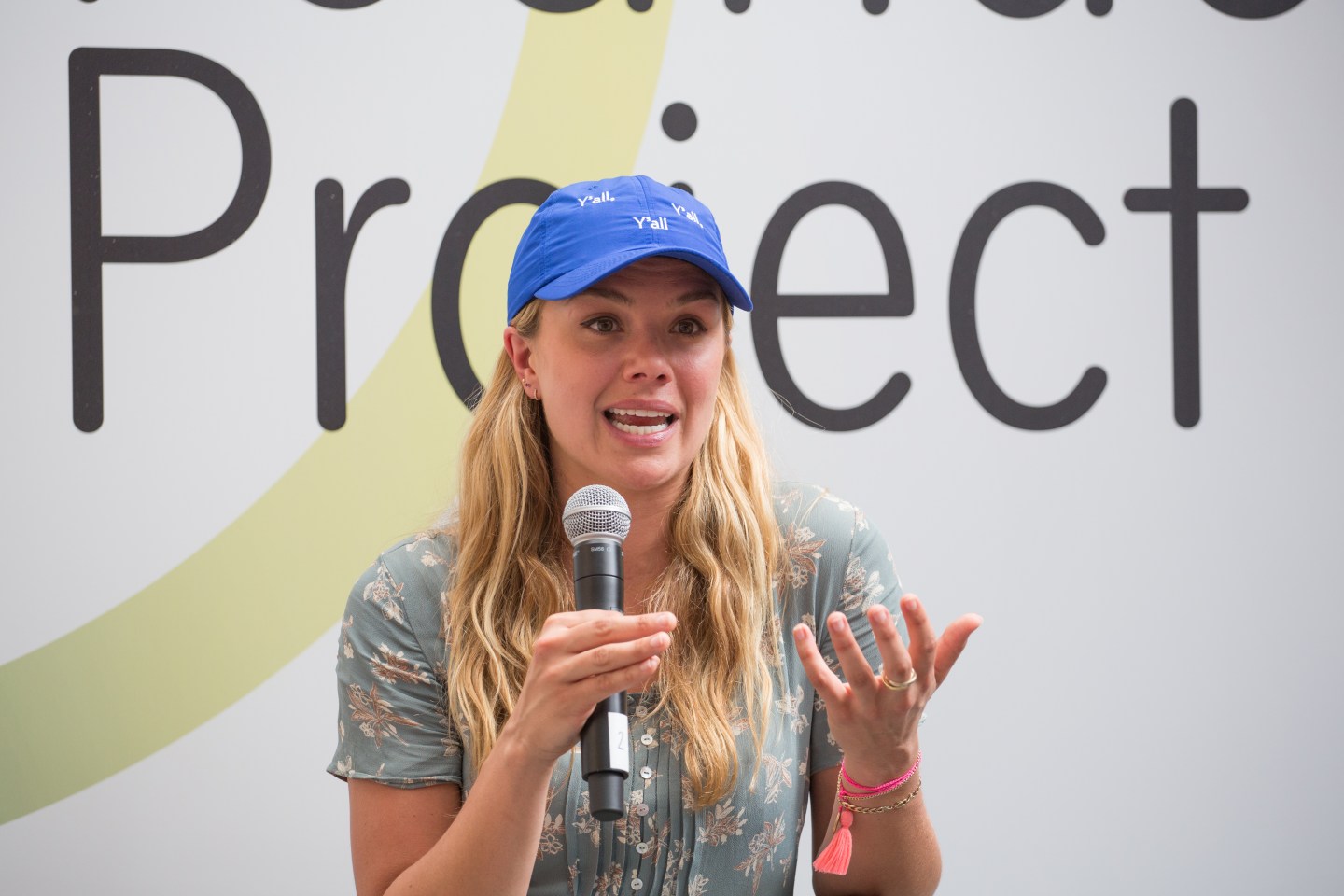 Venture capital firm Forerunner has funded some of the most recognizable brands to emerge over the past decade, including luggage maker Away, cosmetics company Glossier, and high-end dog chow purveyor Farmer’s Dog. The so-called direct-to-consumer (DTC) brands gained huge followings by reaching buyers directly through targeted social media tactics, bypassing the big retailers.

But if you ask Forerunner partner Nicole Johnson what kind of businesses she’s looking to invest in today, direct-to-consumer startups are not very high on the list. In fact, she says she would not invest in a company pursuing a purely DTC strategy.

“We’re a whole decade past where pursuing the DTC model was at the forefront of innovation and retail, or was interesting on its own,” Johnson says. A direct-to-consumer sales channel is just “table stakes” today, she says—a useful feature for a young consumer brand, but not a business model in its own right.

It’s a sentiment echoed by numerous VC investors that Fortune spoke to, reflecting significant changes that have altered the internet landscape, as well as the shifting mindset among private company investors at a time of economic uncertainty. If direct-to-consumer startups were once touted as the harbingers of a retail revolution, today they are viewed by VCs as relics of a different era.

“They raised way too much money way too easily,” says Mathias Schilling, a founding partner at Headline whose early-stage fund has backed smart speaker Sonos, fashion company Anine Bing, and pet food company Nom Nom, among many other consumer brands. Today, Schilling says, the firm will back only consumer-companies that utilize irreplicable tech. “Now with the consolidation of advertising, it’s incredibly hard.”

Even some of the early standard-bearers of DTC seem less convinced about its powers. Peloton, whose high-end stationary bikes once required buyers to order directly from the company and await home delivery from Peloton staffers, is now available for purchase on Amazon as well as Dick’s Sporting Goods.

Peloton has struggled amid its own string of strategic blunders and management decisions. But its newfound embrace of third-party retailers is increasingly common among DTC top brands. Glossier recently announced a deal to begin selling its products in Sephora stores starting in 2023, and hip sneaker maker Allbirds announced a May 2022 deal to sell its shoes at Nordstrom department stores.

Caitlin Strandberg, a partner at early-stage venture firm Lerer Hippeau, which has funded companies like Prose, Warby Parker, and Parade, says that she would no longer invest in a retail company that doesn’t have an Amazon or Walmart playbook. When people browse Amazon, they intend to buy, unlike when they scroll through Instagram, she says.

“You can build brand awareness across the web, but if you’re going to be where people buy—people are buying more and more on Amazon—you can expect they’ll search your brand name on Amazon, and you want to be on that search page,” says Strandberg. While some DTC pioneers like eyeglasses company Warby Parker are sticking to the direct strategy, they are increasingly in the minority (see chart).

The rising cost of acquiring customers on social media platforms is also driving the change. As platforms like Facebook and Snapchat have become bigger players in the ad industry, the cost of marketing on the platforms has risen sharply from the levels in 2011 and 2012, when many of the DTC companies were getting started.

Joe Laresca, the founder of a Noise, a 12-person marketing agency that has worked with clients like Kanye West and soda brand Poppi, says recent privacy changes rolled out by Apple have made social media marketing even tougher. The costs to acquire customers on Facebook and Instagram ads have risen on average by 20% to 30% since the change, says Laresca.

That’s because Apple’s new iPhone software makes it tougher for marketers to follow users around the web and then fill their social feeds with highly targeted pitches. The sunglasses or sandals you previously contemplated buying for an upcoming trip, for example, will no longer suddenly appear in your vacation-laden Instagram feed, unless you’ve consented to being tracked by advertisers.

“Direct-to-consumer has been sold to us as direct, where actually Google, Facebook, Instagram, etc. are just the digital landlords,” says Ty Haney, the founder of athleisure company Outdoor Voices.

Haney, now 34, epitomizes the change of heart that many feel toward direct-to-consumer retail. The Parsons School of Design graduate launched Outdoor Voices in 2012, saturating Instagram some 200,000 times with the company’s signature #doingthings hashtag. Even before the Apple privacy changes, there were signs of trouble in Outdoor Voices’ business. According to a New York Times report, the company lost $19 million in 2018, even as net revenue doubled to $38 million.

Haney, who left the company in 2020 after a dispute with the board, told Fortune that Outdoor Voices spent 30% to 40% of its funding to sell on platforms like Facebook, Instagram, and Google.

Today she’s focused on TYB.XYZ, a marketplace she started that leverages blockchain technology. The market pairs purchases of goods like an apple-shaped marijuana grinder with an NFT and community membership. The idea, Haney says, is to use crypto and blockchain technology to create a truly direct relationship with customers.

Crypto, she says, “unlocks a better business model” for brands that would otherwise have to rely on ad platforms.

If Haney is right, perhaps DTC isn’t dead after all, it’s just getting an upgrade.

ALSO READ: YouTube is trying to dethrone TikTok by paying creators for Shorts videos. Here’s why the platforms’ biggest stars are excited—and skeptical