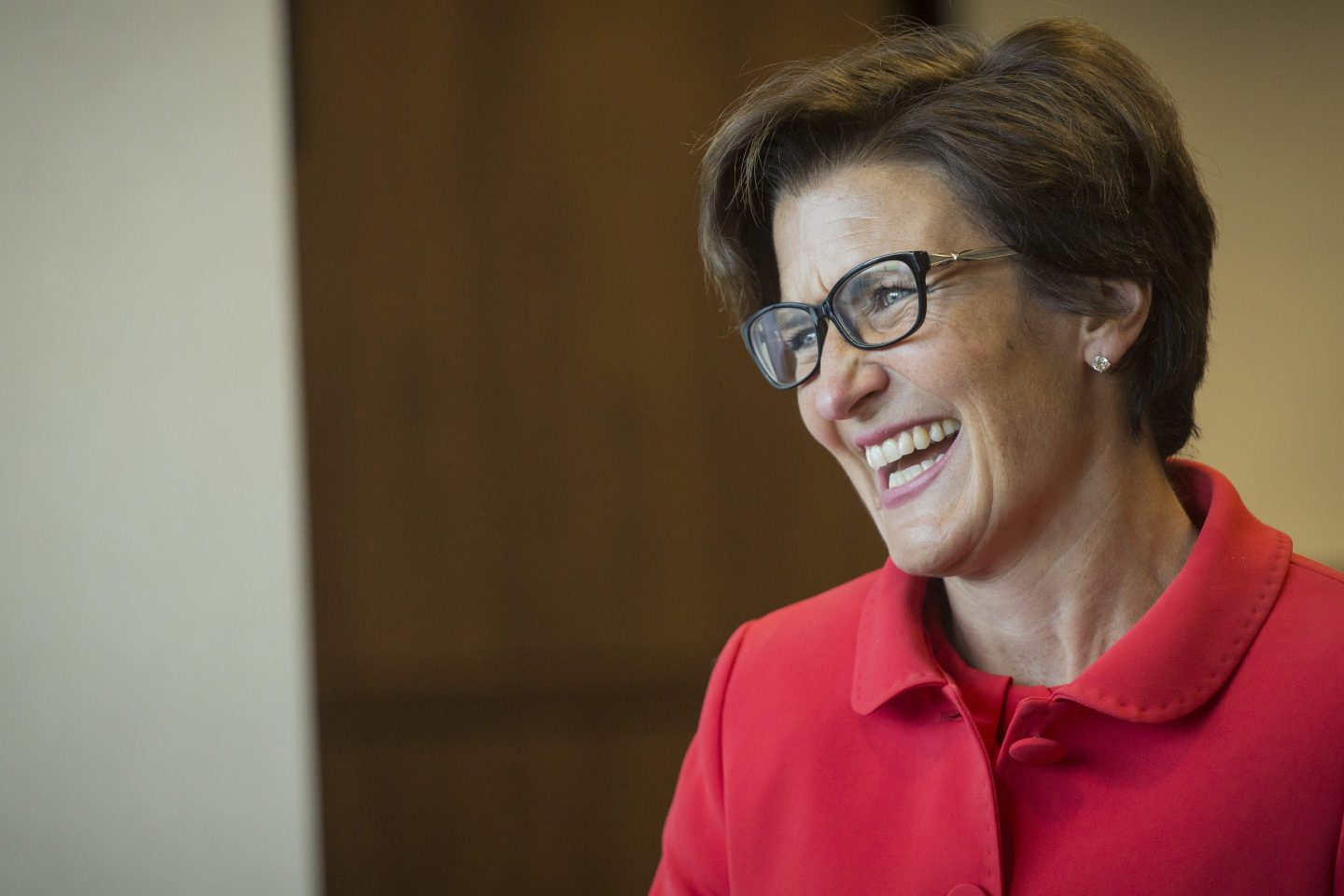 Jane Fraser, then chief executive officer for Latin American at Citigroup Inc., laughs during an interview at the company's headquarters in Sao Paulo, Brazil, on Monday, Dec. 3, 2018.
Rodrigo Capote—Bloomberg via Getty Images

Fortune’s annual list of Most Powerful Women is out this morning. It marks the 25th year of this iconic ranking, which has tracked—and touted—the rise of women in business. And the majority are big company CEOs.

That’s a big change from the first list, published in 1998. That one was topped by Carly Fiorina, who was a group president at Lucent Technologies at the time, and only became CEO of HP after Fortune put her on the cover. There were a smattering of trailblazers with the CEO title—Oprah Winfrey, Shelly Lazarus of Ogilvy & Mather, Jill Barad at Mattel, Andrea Jung at Avon—but they were in jobs at the periphery of economic power.

Not this year. The big four who top the list are symbols of the change:

1. Karen Lynch, who is leading industry-bending CVS, which blends a health insurance company and a massive retail pharmacy chain, and now ranks No. 4 on the Fortune 500.
2. Julie Sweet of Accenture, who leads a huge 721,000-person workforce that is driving technological transformation around the globe.
3. Jane Fraser of Citigroup, the first female to lead a major Wall Street bank, long bastions of bro culture, who is engineering a major turnaround effort.
4. Mary Barra of General Motors, in an equally testosterone-tilted industry, who boldly declared last year that her company would stop making carbon-emitting cars by 2035.

To be sure, women still lead fewer than 10% of the Fortune 500. Given their share of the talent pool, is there any reason that shouldn’t be 50%?  But make no mistake: These women are titans at the very top of today’s economy.

One note: This year, Fortune editors stopped publishing a separate international version of the MPW list, instead creating one global list, more accurately reflecting the modern economy. Jessica Tan, co-CEO of Ping An, earned the No. 5 spot.

Not on the list, but on the cover of our print magazine out this month, is the remarkable Melanie Perkins of Australia, whose $26 billion graphic design company Canva is the most valuable startup ever founded and run by a woman. You can read Emma Hinchliffe’s story on her this morning here.

More news below. And our guest this week on the Leadership Next podcast is Brazilian-born Michel Doukeris, CEO of beer behemoth AB InBev. Among other things, he talks about why his company has decided to tie executive compensation to the achievement of ESG goals. “Are you a woke CEO?” I asked. “I don’t think so, but it is to be judged…We are doing what we believe is the right thing to do.” You can listen on Apple or Spotify.

The U.S. Supreme Court has agreed to take on a set of cases that could see social media platforms become liable for user-uploaded terrorist content. The cases accuse Twitter, Facebook and YouTube of bearing some responsibility for Islamic State attacks; currently, the platforms have immunity that is granted by Section 230 of the Communications Decency Act. Wall Street Journal

Germany may have to temporarily halt energy exports to countries such as France this winter, according to Hendrik Neumann, CTO of leading German power grid operator Amprion. Neumann said the “last resort” measure could become necessary to avoid electricity shortages in Germany. Chalk that up as another potential example of Germany not showing much solidarity with its neighbors during the European energy crisis—the government has unveiled a €200 billion energy support package for German businesses this winter, despite blocking a gas-price cap at the EU level. Financial Times

TikTok has been hit with a $51,000 fine in Russia for hosting so-called LGBT propaganda, which is banned in the country. Russia’s tech regulator also fined Amazon’s Twitch platform $68,000 for hosting an interview with Oleksiy Arestovych, an adviser to Ukrainian President Volodymyr Zelenskyy, on the basis that it contained “fake” information. Reuters

Elon Musk tweeted out an unusual ‘peace’ plan for Russia and Ukraine. It didn’t go well, by Alena Botros

Kwasi Kwarteng acknowledges ‘a little turbulence’ and vows ‘no more distractions’ after killing key part of a 10-day-old U.K. tax plan, by Bloomberg

Are you on your boss’s sack list? Here’s what to do if you suspect that you are, by Chloe Taylor