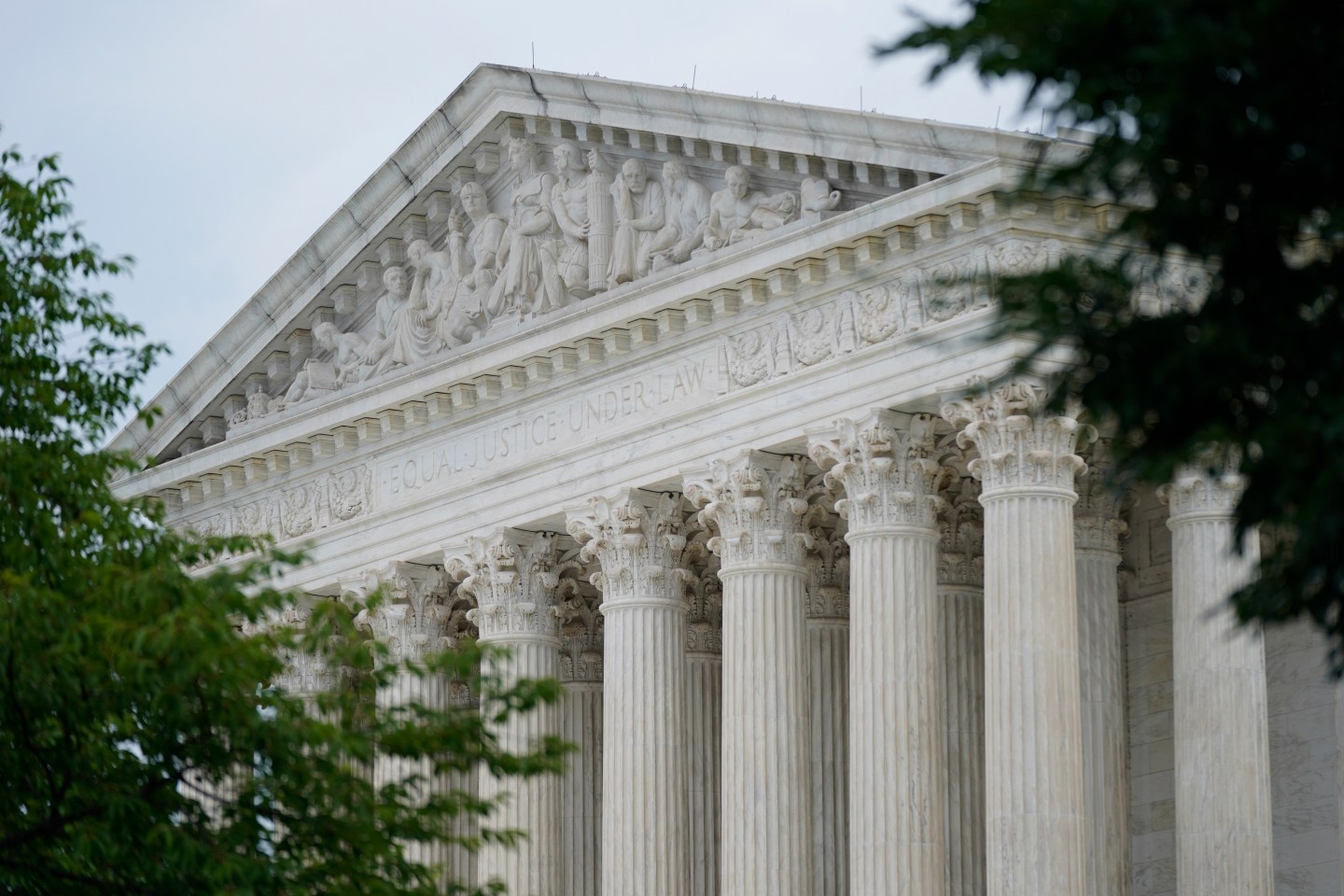 The online humor publication 'The Onion' has filed a Supreme Court brief in support of a man who was arrested and prosecuted for making fun of the Parma, Ohio, police force on social media.
Patrick Semansky—AP

The Onion has some serious things to say in defense of parody.

The satirical site that manages to persuade people to believe the absurd has filed a Supreme Court brief in support of a man who was arrested and prosecuted for making fun of police on social media.

“As the globe’s premier parodists, The Onion’s writers also have a self-serving interest in preventing political authorities from imprisoning humorists,” lawyers for the Onion wrote in a brief filed Monday. “This brief is submitted in the interest of at least mitigating their future punishment.”

The Onion said it employs 350,000 people, is read by 4.3 trillion people and “has grown into the single most powerful and influential organization in human history.”

The Supreme Court case involves Anthony Novak, who was arrested after he spoofed the Parma, Ohio, police force in Facebook posts.

The posts were published over 12 hours and included an announcement of new police hiring “strongly encouraging minorities to not apply.” Another post promoted a fake event in which child sex offenders could be “removed from the sex offender registry and accepted as an honorary police officer.”

After being acquitted of criminal charges, the man sued the police for violating his constitutional rights. But a federal appeals court ruled the officers have “qualified immunity” and threw out the lawsuit.

One issue is whether people might reasonably have believed that what they saw on Novak’s site was real.

But the Onion said Novak had no obligation to post a disclaimer. “Put simply, for parody to work, it has to plausibly mimic the original,” the Onion said, noting its own tendency to mimic “the dry tone of an Associated Press news story.”

More than once, people have republished the Onion’s claims as true, including when it reported in 2012 that North Korean leader Kim Jong-un was the sexiest man alive.

The brief concludes with a familiar call for the court to hear the case and a twist.

“The petition for certiorari should be granted, the rights of the people vindicated, and various historical wrongs remedied. The Onion would welcome any one of the three, particularly the first,” lawyers for the Onion wrote.