Could Texas’ social media censorship law survive the Supreme Court? It’s not out of the question 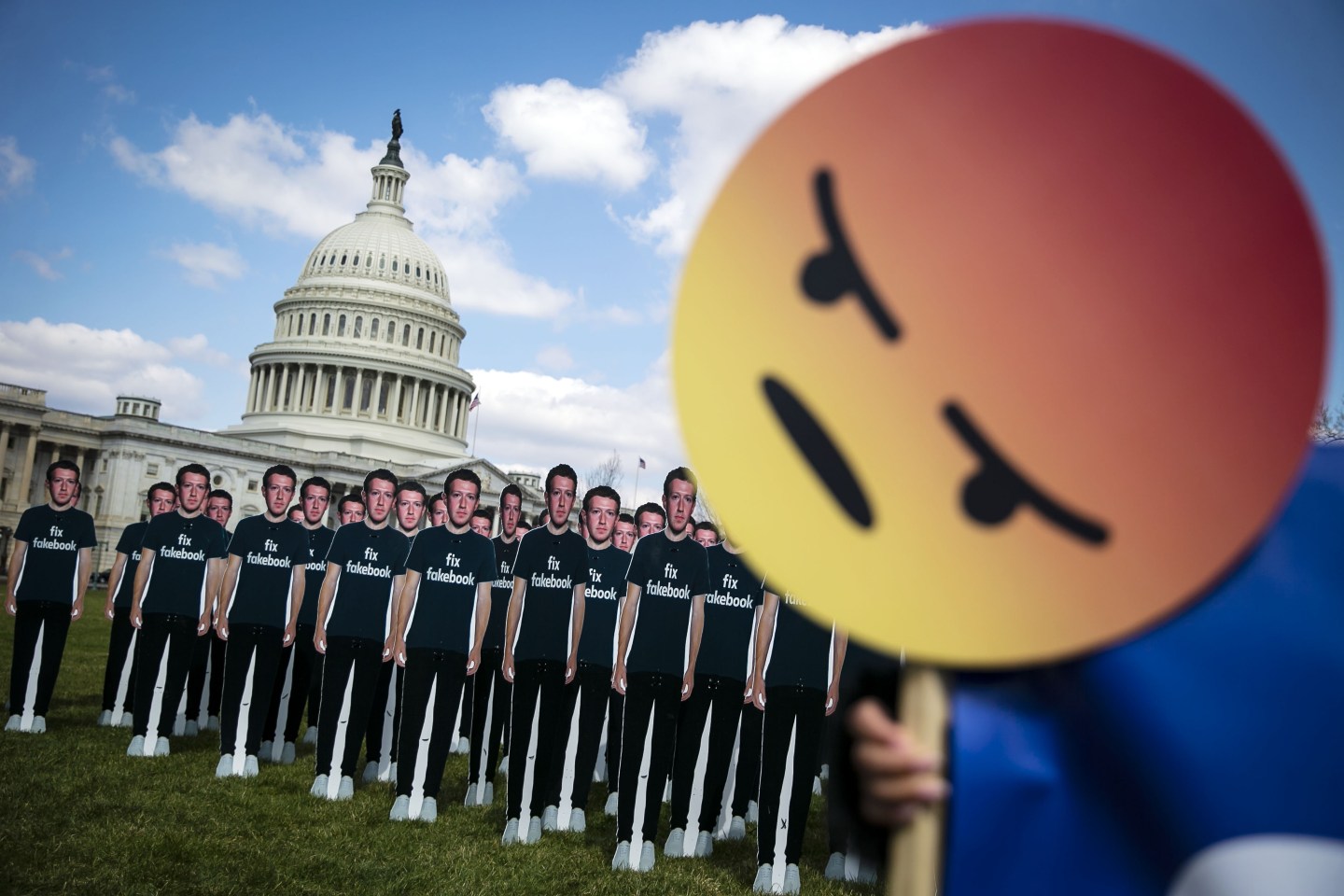 Tech companies have made a strong argument about the many problems with a Texas law that prevents platforms from censoring content based on “viewpoints.”

The statute, they said, would force private enterprises like Facebook, Twitter, and TikTok to host speech from racists, bigots, and an array of other hatemongers. In turn, companies would refuse to advertise on platforms hosting vile content, while already-vulnerable communities would be subject to even more online attacks. These negative consequences and the troubling precedent would easily outweigh the potential benefits of the law, which aims to curb censorship of a small share of conservative-minded users.

The world of jurisprudence, however, doesn’t deal only in pragmatism. And with regard to Texas’ censorship law, the legal case for striking it down isn’t nearly as clear-cut as it might seem.

A federal appellate court ruling late last week, one that upheld Texas’ censorship statute as constitutional, sets the stage for a potential Supreme Court showdown over the nexus of social media, speech, and the First Amendment. The case, should the Supreme Court accept it, will hinge on novel, complex questions—with the justices’ answers potentially rippling through the ad tech industry.

To date, it’s been easy to treat the Texas law and a similar Florida statute (it bans censorship of speech by politicians) as mere partisan hackery. Just last week, I was guilty of such casual dismissiveness, calling the Florida law blatantly unconstitutional after a separate appellate ruling—by three Trump-appointed judges—deemed it a violation of social media companies’ free-speech rights.

But Friday’s majority opinion from Fifth Circuit Court Judge Andrew Oldham lays out a reasonable legal argument for upholding the Texas law, one that could find a friendly welcome in the conservative-leaning Supreme Court.

Most interestingly, Oldham argues that Texas’ law does not violate the First Amendment (“Congress shall make no law … abridging the freedom of speech”) because social media companies are not engaging in speech when they censor content.

Precedent might seem to refute Oldham’s claim. After all, the Supreme Court determined in 1974 that a newspaper’s editorial discretion—what it chooses to publish and not publish—constitutes protected speech.

But Oldham says that social media companies “are nothing like the newspaper” because they have virtually unlimited space and make fewer judgments relative to the amount of content published.

“The platforms use algorithms to screen out certain obscene and spam-related content,” Oldham wrote. “And then virtually everything else is just posted to the platform with zero editorial control or judgment.”

Oldham builds on this point to argue that social media companies aren’t being forced by the government to engage in speech protected by the First Amendment. He argues that the sheer volume of unedited content posted on social media platforms negates the claim that users’ speech is tantamount to an unwanted endorsement of the speech by companies.

The federal judge also cleverly wields a key clause of Section 230—the hotly debated federal statute that shields digital platforms from legal liability over content posted by users—against social media companies. Section 230, in part, states that computer service providers shall not be “treated as the publisher or speaker” of content posted by users. Therefore, social media companies claiming liability protection under Section 230 (which all of them do) are not publishers akin to a newspaper, giving them no free speech rights under the editorial discretion precedent.

(Oldham separately determines that social media companies are “common carriers,” a designation given to utility-like services, and thus subject to strict antidiscrimination laws. Legal pundits have generally rejected such a claim, though it’s found some home in conservative circles.)

It’s not yet clear whether the Supreme Court will accept Oldham’s opinion, parts of which rest on some pretty tenuous logic (example: the emphasis on quantity over quality of censored content). The justices acknowledged the novelty of the matters at hand in a May procedural ruling related to the case, with Justice Samuel Alito writing that the issues “will plainly merit this court’s review.”

“It is not at all obvious,” Alito wrote, “how our existing precedents, which predate the age of the internet, should apply to large social media companies.”

Out in the cold. Wintermute, a cryptocurrency market liquidity firm, announced Tuesday that hackers stole $160 million worth of digital assets from its decentralized finance operations, CoinDesk reported. The cyberattack marks yet another nine-figure theft from a cryptocurrency outfit, following a nearly $200 million hack of the crypto bridge Nomad in early August and a $620 million heist connected to the blockchain-based game Axie Infinity in July. Wintermute officials said the organization remains solvent, with hundreds of millions of dollars in liquid assets.

A cybercrime culprit? Uber executives attributed last week’s cyberattack on company systems to Lapsus$, a loose collective of hackers that has successfully targeted several tech companies this year, The Record reported. Company officials said they believe the hack stemmed from a compromise traced to a contractor’s account credentials. The hacker or hackers gained access to Uber’s Slack account, invoice management tool, and vulnerability reporting platform, but they did not penetrate systems containing users’ personal and financial information.

Running up the score. An Amazon executive told employees that the company saw a record number of Prime subscription sign-ups for a three-hour period on Thursday, when the e-commerce giant hosted its first exclusive broadcast of an NFL game, Bloomberg reported. In an email to staff, Amazon’s vice president in charge of Prime Video said the broadcast was a “resounding success,” with viewership totals that “exceeded all of our expectations.” Amazon has not released Prime sign-up or viewership figures, and they were not included in the email.

Turning another page. Spotify launched its new audiobooks offering Tuesday, marking its latest venture beyond streaming music and podcasts, TechCrunch reported. About 300,000 audiobooks are now available for users in the U.S., with additional titles and markets expected to gradually come online. Spotify executives have previously discussed plans for dominating multiple avenues for streaming audio, looking to edge out competitors like Apple, Amazon, and Google.

An easier fix. The “right to repair” movement has plenty to celebrate following this month’s release of the iPhone 14. The latest iteration of Apple’s smartphone features structural changes that make it easier for repair shops and do-it-yourself tinkerers to make basic fixes to the device, CNBC reported, citing a blog post by leading repair vendor iFixit. The company wrote that the iPhone 14 is the most repairable model of the smartphone to hit the market since 2016, the result of changes that make it easier to replace front screens, back glass, and batteries. “Right to repair” advocates have criticized Apple in the past for creating phones that are excessively difficult to fix, forcing consumers to use Apple’s higher-priced repair services.

This year’s repair-friendly design on the iPhone 14 is in contrast to other iPhones and many Android devices that use glue and tight tolerances that make it more difficult to fix older phones.

Apple’s iPhone redesign comes as advocates continue to push for laws that give consumers access to manuals, tools and parts needed to repair increasingly complicated electronic devices and industrial machines, which they say will make them last longer, reducing e-waste and environmental impact, while saving money for users.

How Coinbase’s $1 billion crypto philanthropy ambitions left a trail of disappointment and workers in the lurch, by Leo Schwartz

The Volkswagen heirs have staked their entire $42 billion fortune on the carmaker. The Porsche IPO will force them to double down on the risky bet, by Christiaan Hetzner

Meet the college dropout who invested in Figma–and 22 other Thiel Fellows, by Aron Solomon

Apple plans fix for shaking iPhone 14 Pro Camera by next week, by Mark Gurman and Bloomberg

Tom Cruise, other major stars said to believe ‘Top Gun: Maverick’ studio Paramount is cutting them out of millions in lucrative streaming profits, by Lucas Shaw and Bloomberg

A garbage story. Morgan Stanley’s wealth management unit is paying one heck of a trash fee (even if it’s pennies in the grand scheme of the company). The Securities and Exchange Commission announced a $35 million settlement Tuesday with Morgan Stanley Smith Barney over the division’s failure to properly dispose of hardware containing personal identifying information of 15 million customers, Reuters reported. For five years, Morgan Stanley employees repeatedly gave thousands of hard drives and servers with client information on them to a company with no expertise in wiping sensitive data from devices, SEC officials said. That company then sold the hardware to another outfit, which proceeded to auction it online—all with unencrypted customer data still embedded. Plus, Morgan Stanley lost 42 servers with personal information on them. If only the settlement required some dumpster diving.