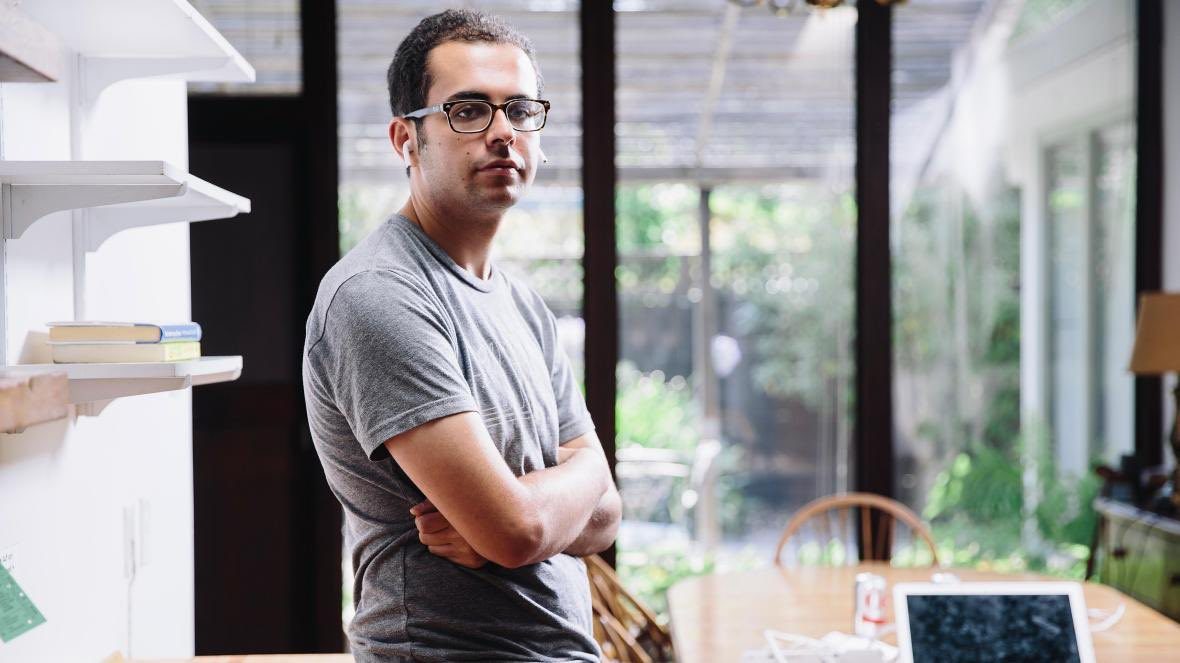 Joshua Browder dropped out of Stanford to become a Thiel Fellow and built DoNotPay, a robot lawyer.
Courtesy of Joshua Browder

Browder recently opined that sleep is better in phases, which is also how most people imagine success as a venture capitalist. But just as Browder skips some sleep phases, he has also skipped some phases in becoming one of the top investors of note today in the world of early-stage startups.

The argument that Browder has done this not by hitting home runs but by bunting, as he was born somewhere between third base and home plate, is a reductive one. Yes, Joshua is the son of notable investor and Putin archnemesis Bill Browder–yet the disruptive path he chose for himself far belies the inherent advantages (and dangers) of his surname.

Joshua is a college dropout. His late registration became an un-registration when he decided to leave Stanford to become a Thiel Fellow. In exchange for $100,000 and a priceless network, Thiel Fellows are incented to drop out of school to build real-world startup businesses. Twelve years after Peter Thiel launched his eponymous program, it’s more popular than ever–and significantly harder to get into than any of the hyper-elite colleges the Thiel Fellows leave to start building businesses.

I had Joshua on my podcast last year, where we focused on his work as the founder of DoNotPay, the world’s first robot lawyer. DoNotPay has changed the world of consumer-focused legal technology from its launch six years ago. What started as a way for teenage Joshua to get out of his many London parking tickets, has grown to an uber-popular platform to “fight corporations, beat bureaucracy, and sue anyone at the press of a button.”

So while it was no surprise to me that Browder used his success at DNP as a springboard to launch his own venture capital fund, Browder Capital, how quickly he has managed to go from the crowded on-ramp to the Silicon Valley fast lane has been astonishing to witness. Browder has been remarkably successful in translating his own experience in building, growing, and now scaling DNP to become a trusted advisor and mentor to the founders in whom he invests.

Browder Capital is an investor in Figma, a company that on Thursday announced it had been acquired for $20 billion by Adobe. The move allows Figma to retain its unique brand, with founder Dylan Field still firmly at the helm for now, but with a reporting line to Adobe senior management. The acquisition deeply strengthens Adobe’s position in the online collaboration space as more and more of us choose to work globally and remotely.

I talked to Browder on Friday morning about the Figma exit and the evolution of his firm. I began by asking what he would say to people who argue that his investing in so many Thiel Fellows is an unfair advantage since he’s such a deep insider. Browder has invested in 23 Thiel Fellows to date–more than 10% of all the young people who have ever participated in the program.

“I think investing in so many Thiel Fellows is part of the intentional design of the fellowship. For those who argue that it’s a design flaw, I’d encourage them to spend more time looking at the fellowship and join in on some of the early investment rounds.”

Browder has truly excelled at leveraging ecosystems around him, so creating new ecosystems through Browder Capital was a natural progression of his work.

“To be honest, before I dropped out of Stanford, I was a bit uninspired with what I saw. Many of my classmates just wanted to go to work for Google. I wanted to build things and be surrounded by people who felt like they had nothing to lose and would go all in to create unique, meaningful things. I look for more of these people every day so I can invest in them.”

Browder has always believed that especially in very early-stage investments, it’s all about identifying the right founders. So when I inquired as to what drew Browder to Figma, it brought a very succinct answer:

While Browder’s investment in Figma was relatively recent and wasn’t part of the seed round, his long relationship with Dylan Field made it easy to invest.

“I’ve never met someone so on the ball, yet humble, as Dylan. While I’ve met lots of successful tech people, Dylan’s truly rare humility was a big deal for me. We spent time together in L.A. interviewing candidates for the Thiel Fellowship and I left so inspired by him. I knew I wanted to back anything he believed in.”

Browder is drawn to people with a genuinely profound curiosity and the drive and energy to create things from that place. As he told me, “Nerdy people. I’m incessantly looking for the best nerds.”

When you’re only 25 and already a Silicon Valley pro, the lessons you learn as an investor are exponential. Life comes at you fast and the most successful people have to internalize those lessons even faster to stay in the game. Browder says he will always specialize in ultra-young founders who are 16-25 and are often high school and college dropouts.

“I always bet on the founder, which was part of my lesson learned with Figma. It took Dylan a decade to build his idea into this remarkably successful iteration of Figma. So if I can continue to find young technical geniuses who are also outstanding people, I think the future is very, very bright.”

This is echoed by the founders in whom Browder invests his money and time. Adam Guild, another Thiel Fellow and founder of Owner.com, told me he sees a new generation of investors in Browder–one that is far more active than activist:

“Taking investment from Browder Capital was one of the best decisions we ever made. Josh invested in us since the very beginning, when I was only 19 and has been our most helpful investor relative to check size. He responds to text messages at all hours of the night. Three years later, we have gone on to raise over $25 million.”

When Browder thinks ahead to what he can accomplish as an investor over the next decade and what kind of mark he wants to make on the industry and the world, it all goes back to his early-stage thesis.

“Young people are the future and I want to give many of them the opportunity I’ve had to be in the center of the Valley and have the right introductions and networks to succeed. I want to tell people that they’re never too young to start a successful company and that they shouldn’t listen to anyone who tells them no.”

Browder has a piece of parting advice for those looking to get into the startup world.

Aron Solomon, JD, is the chief legal analyst for Esquire Digital, the editor of Today’s Esquire, and a Pulitzer Prize-nominated writer. He has taught entrepreneurship at McGill University and the University of Pennsylvania and was elected to Fastcase 50, recognizing the top 50 legal innovators in the world.