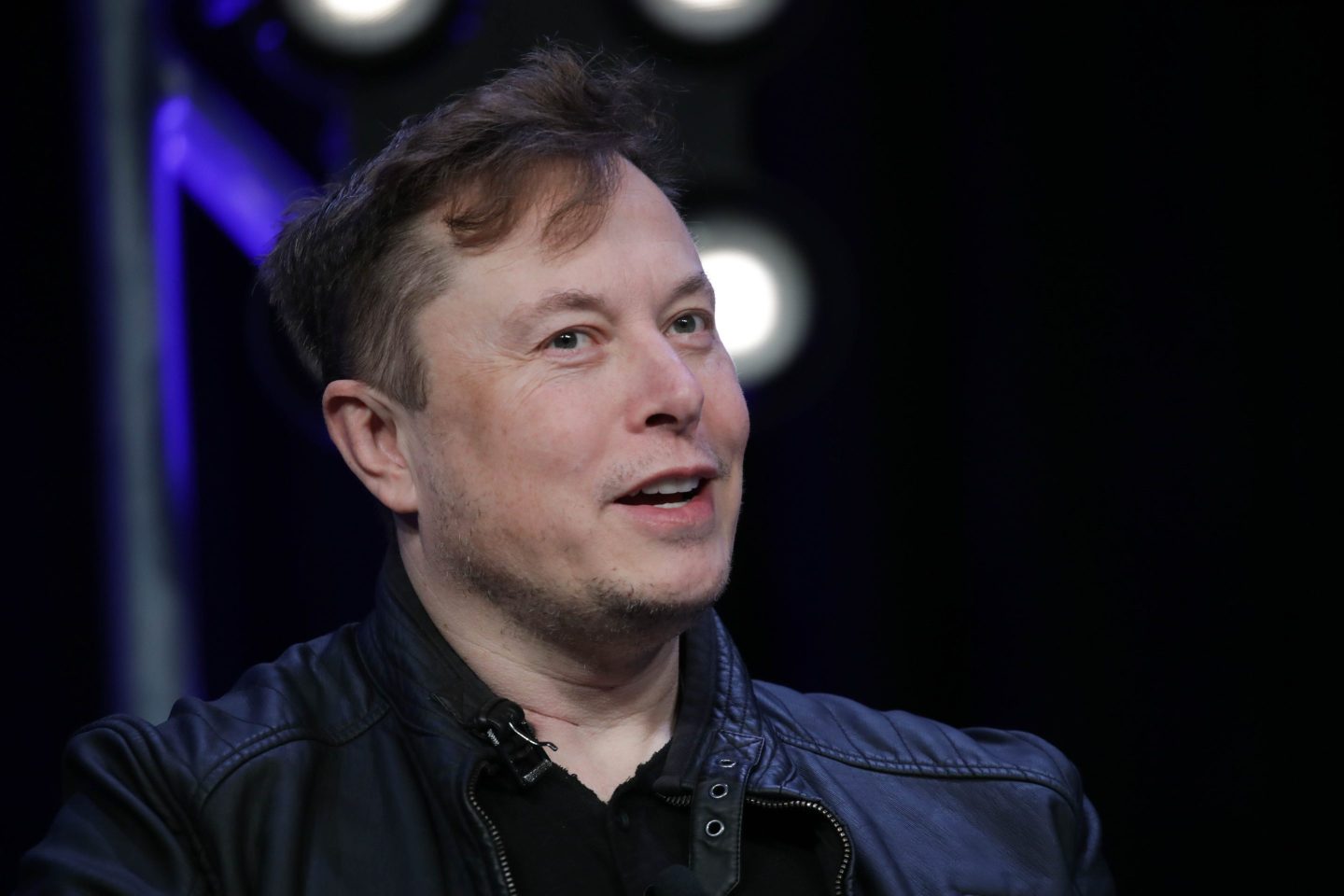 Do bosses trust employees to be productive when working out of the office? Not according to a new report by Citrix based on a global survey of 900 business leaders and 1,800 knowledge workers.

The perspective of this traditionalist half of business leaders aligns with Elon Musk’s demand that all Tesla and SpaceX employees–including knowledge workers who can do their job remotely–be “visible” in the office and follow a full-time in-person schedule. That’s based on Musk’s belief that remote workers are “phoning it in” and only “pretend to work.”

Musk’s demand for improving productivity via full-time in-office work for knowledge workers is something to which other traditionalist leaders aspire. Indeed, a survey done by Microsoft shows that half of the bosses of knowledge workers intend to force them into the office by Spring 2023. According to a Future Forum survey, this skepticism toward work from home tends to come from older leaders in their 50s and 60s. Leaders under 50 are much more accepting of hybrid and remote work and focus on how to do it well.

Is the belief of the traditionalist, older half of corporate leadership that workers are more productive in the office based on facts? Not at all.

Already before COVID, we had peer-reviewed research demonstrating that remote work improved productivity. A NASDAQ-listed company randomly assigned call center employees to work from home or the office for nine months. Work from home resulted in a 13% performance increase, due to a combination of fewer sick days, and a quieter and more convenient work environment. Those working from home had improved work satisfaction and cut attrition rates by half. A more recent study with random assignment of programmers, marketing, and finance staff found that hybrid work, similarly to remote work, reduces attrition by 35% and resulted in eight percent more code written.

That shouldn’t be surprising. A major benefit of remote work comes from doing away with the daily commute. Workers on average devote approximately 35% of their saved time from not commuting to their primary job, according to research at the University of Chicago. Given that people spend an average of nearly an hour per day on commute travel alone, and additional time on other commute-related tasks, this adds up to substantial additional time worked.

Another benefit stems from greater flexibility to do work tasks at times that work for us. We know from research that all of us have different levels of energy throughout the day when we are best suited for various activities that don’t necessarily match the typical rhythms of a nine-to-five schedule. By doing specific work tasks at various times, we can get more done.

And really, are workers all that productive in the office? Studies show that in-office employees only work between 36% and 39% of the time. What about the rest of their time in the office? They’re shopping on Amazon, checking social media, and may even be searching for new positions, especially if their bosses are forcing them to come to the office full-time.

This extensive evidence is widely available to anyone who Googles remote work productivity and looks at all the results on the first page. Executives are taught to make data-driven decisions. So why do so many leaders continue to ignore the data and stubbornly deny the facts? The key lies in how leaders evaluate performance: based on what they can see.

Leaders are trained to evaluate employees based on “face time.” Those who come early and leave late are perceived and assessed as more productive.

According to the MIT Sloan Management Review, even before the pandemic, the focus on presence in the office undermined effective remote work arrangements. Thus, researchers found that remote employees who work just as hard as those in the office in similar jobs end up getting lower performance evaluations, decreased raises, and fewer promotions.

The pandemic did not change the minds of the managers who learned how to lead long before the era of remote work. That could be due to the anchoring bias, a dangerous mental blindspot that comes from our tendency to be anchored to our initial information about a topic. If leaders are taught to evaluate productivity based on presence in the office, they will tend to stick to that information. They’ll do so even when presented with new evidence about higher productivity among remote workers.

A related mental blindspot, the confirmation bias, caused these traditionalist leaders to ignore information that goes against the beliefs to which they’re anchored, and seek information that confirms their anchors. For example, they’ll seek out evidence that in-office workers are more productive, even when there’s much stronger evidence that remote workers exhibit higher productivity. In other words, these leaders trust their own gut reactions, internal impressions, and intuitions over the facts.

The consequence of this trust in false impressions of which type of work is more productive is leading to the unnecessary drama of forcing workers back to the office. Traditionalist bosses will continue to lose workers: A Society for Human Resources survey in June 2022 found that 48% of respondents will “definitely” seek a full-time remote position for their next job.

To get them to stay at a hybrid job with a 30-minute commute, employers would have to give a 10% pay raise, and for a full-time job with the same commute, a 20% pay raise. Given the significant likelihood of a recession in the near future, which will limit the ability of employers to offer pay raises and lead to a focus on actual productivity over false gut-based intuitions, we can expect a greater shift to more hybrid and remote work going forward.

Another problem with this false belief is proximity bias. That term describes how managers have an unfair preference for and higher ratings of employees who come to the office, compared to those who work remotely, even if the remote workers show higher productivity. The face-to-face interactions between managers and employees lead to managers having more positive impressions of these employees due to cognitive biases such as the mere-exposure effect. This mental blindspot describes our predilection to have more favorable attitudes toward whatever we see more often, whether people or things, without any basis for this favorable attitude other than mere exposure.

To succeed in our increasingly hybrid and remote future, companies will have to teach managers to trust the data over their own gut reactions. They’ll also have to learn a new approach to performance evaluations, one customized to hybrid and remote work.

Instead of observing presence in the office and giving an annual performance evaluation informed by proximity bias, leaders will have to measure deliverables at much more frequent intervals. Ironically, even before the pandemic, we had extensive research that demonstrated the importance of transitioning away from large-scale annual performance reviews. Now, leaders who want to successfully navigate the disruption caused by hybrid and remote work will need to provide brief performance evaluations at their regular weekly one-on-one meetings with their team members.

What will that involve? Leaders would ask each of their team members to determine three to five SMART (Specific, Measurable, Achievable, Relevant, Time-Bound) goals for each week.

Prior to the upcoming one-on-one each week, the employee would send a brief report of a paragraph or two on how they did on the goals for that week, what kind of problems they had, and how they solved them, as well as a brief self-evaluation. Then, at the one-on-one meeting, the leader and team member should discuss the report and determine goals for the following week. The leader would also coach the team member on solving problems and approve or revise the self-evaluation, which gets fed into a continuous performance evaluation system.

This approach helps leaders accept and appreciate the reality of which of their team members is more productive while addressing the pitfalls of proximity bias. It also helps team members know where they stand and addresses their fears around lack of career mobility. And most importantly, it builds up trust between leaders and their reports. A Gallup survey showed that 75% of employees leave to a significant extent due to a poor relationship with their boss.

In short, by aligning performance evaluations with best practices for hybrid and remote work, companies will boost productivity, improve retention, and address proximity bias, while building trust between bosses and staff.

Gleb Tsipursky, Ph.D., is a cognitive scientist and the CEO of the future-proofing consultancy Disaster Avoidance Experts. He is the best-selling author of Never Go With Your Gut: How Pioneering Leaders Make the Best Decisions and Avoid Business Disasters and Leading Hybrid and Remote Teams: A Manual on Benchmarking to Best Practices for Competitive Advantage.