Recession or resilience? Here’s how the U.S., Europe, and Asia stack up 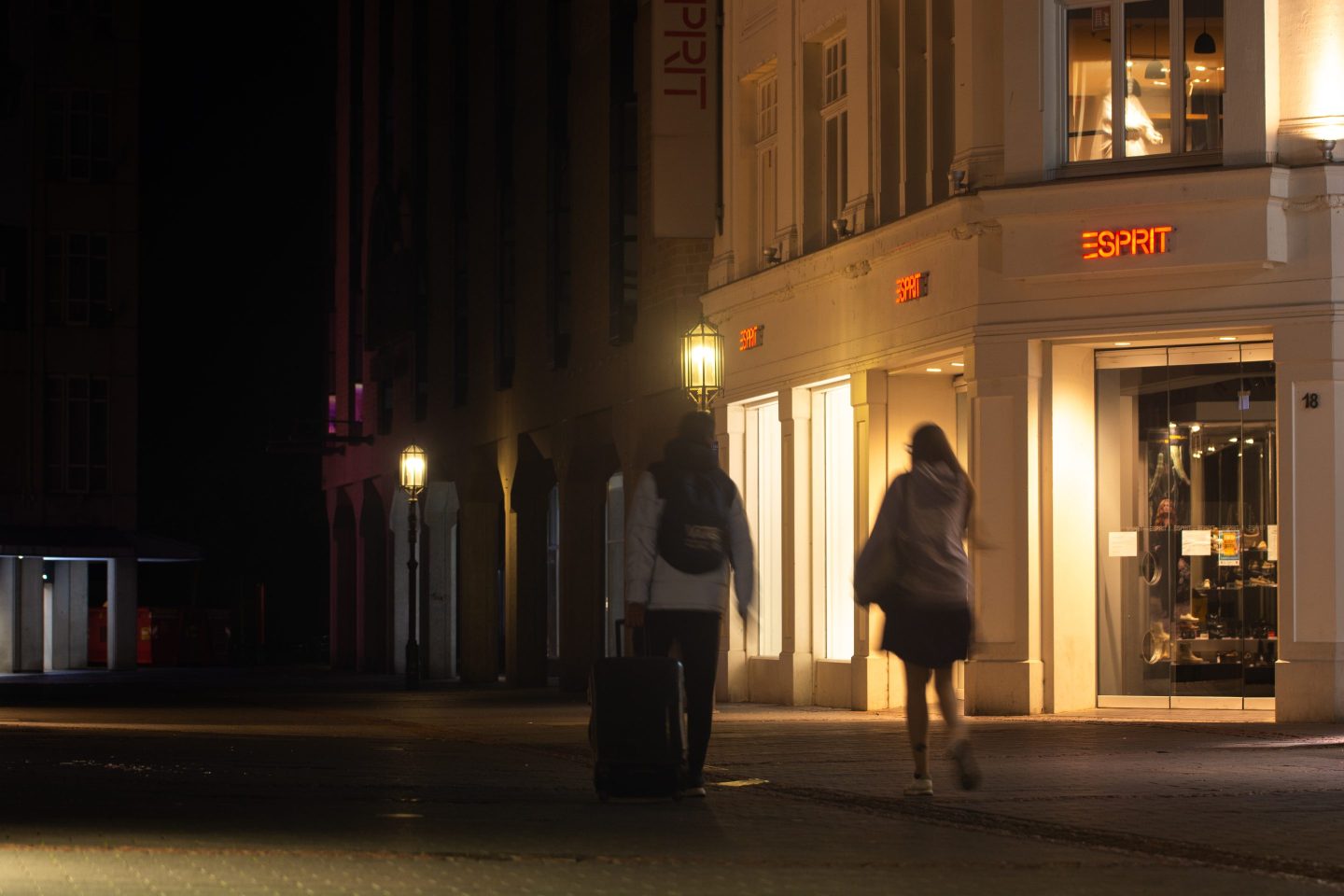 Dimmed lights are seen in the city center of Bonn, Germany, on Sep. 11 as part of energy-saving measures.
Ying Tang - NurPhoto - Getty Images

About two and a half years into the COVID recovery, the world economy is facing the prospects of a new downturn. On the surface, the global economy is buffeted by common headwinds, chief among them inflation, which has been turbocharged by the war’s impact on global energy prices, reducing real incomes while pushing up interest rates.

Even so, the challenges faced in the three main economic regions–the U.S., Europe, and Asia–are very different, not least because the aforementioned headwinds are not nearly as global as they seem.

To appreciate divergent risks and their likely timing we should remind ourselves of the cyclical drivers and structural context of each region. Compared to the U.S., the Eurozone is hit by more acute economic headwinds in the near term, but there could be a reversal of fortunes in 2023 as U.S. challenges are likely to prove more persistent. Meanwhile, the largest Asian economies–Japan and China–are in the most favorable position near term as recession risks look comparatively low. However, over the longer term, both new and old structural challenges in Asia are likely to make growth riskier than in the West.

Though both the U.S. and Europe face a high risk of recession–far higher than Asian economies–the risks differ in terms of degree and kind. Yes, the energy shock is global but it’s Europe where energy prices can deliver a recession all on their own. Though the U.S. energy mix is even more reliant on natural gas than Europe’s, spot natural gas prices have increased over 15-fold in Europe since the start of 2021, making the substantial four-fold increase in the U.S. look modest in comparison.

This divergent energy shock translates into a material macroeconomic headwind in the U.S. but into a far more savage shock in Europe that hammers real incomes and spending power. It also erodes industrial competitiveness that was achieved in part because of unrealistically cheap energy for too long.

But Europe’s much greater exposure to Russia’s geopolitical use of energy is only one disadvantage–Eurozone economies are also less resilient than the US.

Like their U.S. counterparts, European consumers are in a relatively comfortable position today to face a downturn. On both sides of the Atlantic, household balance sheets are much stronger than before the pandemic because cash holdings accelerated–but U.S. households accelerated by more because of much greater stimulus. Similarly, both regions enjoy strong labor markets that reflect factors that are unlikely to be undermined by an energy shock–but here too, U.S. labor markets are particularly tight and U.S. workers are seeing stronger wage gains.

Similarly, U.S. firms show a greater degree of resilience. Both the U.S. and Europe are seeing strong levels of profits, but operating margins are near a three-decade high in the U.S., whereas in Europe they are stronger than in a decade but not as strong as before the global financial crisis of 2008. Each will be squeezed as input prices–both commodities and increasingly labor–will be harder to pass on as demand softens.

A reversal of fortunes next year?

Given Europe’s larger shock and weaker resilience, it would seem clear that Europe’s risks are larger–but that focuses narrowly on the risk of recession in the short term. While through the end of 2022 the U.S. is in a clearly favored position, that could reverse by the end of 2023.

In Europe, the energy headwind can reasonably be expected to peak this winter and then get easier as energy demand seasonally drops and, in the medium run, Europe has more time to diversify its energy supplies which will also require GDP-generating investment. Of course, it won’t be easy as energy prices are likely to stay high, leaving budgets tight and some industrial competitiveness weak.

In the U.S., the labor market continues to show remarkable strength–which seems likely to protect the economy from a clear recession in 2022–but that same strong labor market raises the risk that even as inflation continues to fall in 2023 it won’t fall far enough.

In contrast to Europe where inflation is overwhelming about energy, U.S. inflation is broader based. This broad-based inflation, particularly should it become primarily wage-driven, will be hard to squeeze out of the economy in 2023. This has motivated far more aggressive monetary policy in the U.S. with expectations for tightening to continue. In contrast to Europe, U.S. monetary policy is expected to tighten to a meaningfully tight stance, intentionally becoming a persistent headwind to economic growth. This suggests very slow growth in the coming year and while a recession is not inevitable, sustained tight policy to combat broad-based inflation is a dangerous maneuver that, so far, Europe doesn’t need to follow.

Thus, relative to each other, one might conclude that it’s preferable to be the U.S. at the end of this year, but Europe at the end of next year.

Asian cyclical risks look far better, but not their structural ones

Compared with the West, the risks faced by the largest Asian economies look tame. To begin with, Japan and China haven’t been experiencing a European-sized energy shock despite being significant energy importers. And because inflation remains modest, the need for monetary policy to exert a sustained headwind does not apply.

True, global energy prices have pushed Japanese inflation higher. But energy prices pushing headline inflation barely above the 2% target will not end Japan’s two-decade structural struggle to achieve healthy price growth, nor does it amount to an overwhelming real income shock. The composition of inflation doesn’t support the idea that near-target inflation will persist. Services inflation is still deflationary and wage growth is hard to find. In consequence, the Bank of Japan has not joined the rate path of Western central banks but stayed committed to zero interest rates despite sharp currency weakness.

So while today the rise in Japan’s recession risk is tepid compared to the West, it remains mired by the same structural issues that have challenged it for years: very low trend growth and monetary policy hampered by the zero lower bound–a combination that has contributed to the weakest real effective exchange rate since the early 1970s.

Japan’s structural backdrop has translated into regular recessions and that is likely to remain the reality for Japan’s economy. Since the late 1980s Japan has spent roughly a third of the time with output below its peak, something far less common in the U.S. With or without the cyclical risk threatening Western economies, the prospect of another Japanese recession is always elevated.

Similarly, China’s cyclical risks are modest compared to the West. Inflation sits below the 3% inflation target and is less driven by an energy squeeze–in part a benefit of being a buyer of Russian oil, as Ural crude has been sold at a steep discount (often more than $30 per barrel, recently closer to $20) since the war started in late February. There is no real income shock from inflation, nor is there a need to raise interest rates to combat inflation.

Instead, China’s cyclical risks continue to be centered on its COVID policy. Lockdowns, a necessity of a zero-COVID strategy, delivered flat growth year-over-year and negative growth quarter-over-quarter in the second quarter. And while the Chinese economy is expected to rebound strongly again, the threat of more shutdowns will remain. China managing positive growth in 2020 was the envy of the world then, but today other economies are less vulnerable to the virus.

Beyond cyclical risks, a number of structural forces are likely to result in slower growth than what was experienced in the past, as China has noted by lowering the growth target to 5.5% for 2022. The remarkable growth rates of 6-8% in recent years are harder to achieve both because China’s economy is bigger and because the latest policy has a number of goals that will make growth more sustainable but also harder to find. These include (but are not limited to) rebalancing economic activity toward internal consumption, developing more internal resilience and development of strategic industries, and becoming less reliant on debt-driven real estate development.

Today, Asia’s cyclical risk looks preferable to the West’s, but less so longer term as structural challenges remain significant with Japan stuck in a zero-interest rate trap and China embarking on a  transformation towards slower trend growth. In contrast, the West’s structural outlook–while facing its own challenges–is arguably better than it has been in years. Economies are running near potential with tight labor markets which may persist even through a downturn. These tight labor markets may yet deliver real and broad-based wage gains as well as provide the spark for better-than-expected productivity gains in the medium run.

Though recognition of today’s intense global recession risks is a valid starting point, the differences between the U.S., Europe, and Asia–as well as the differences in timing–belie the idea of uniformity; the magnitude, nature, and timing of these risks differ meaningfully.

To navigate these complex dynamics, executives and investors must analyze the drivers and risks regionally as well as consider the interlinkages. The outlooks will remain too idiosyncratic to allow for a global recession narrative.