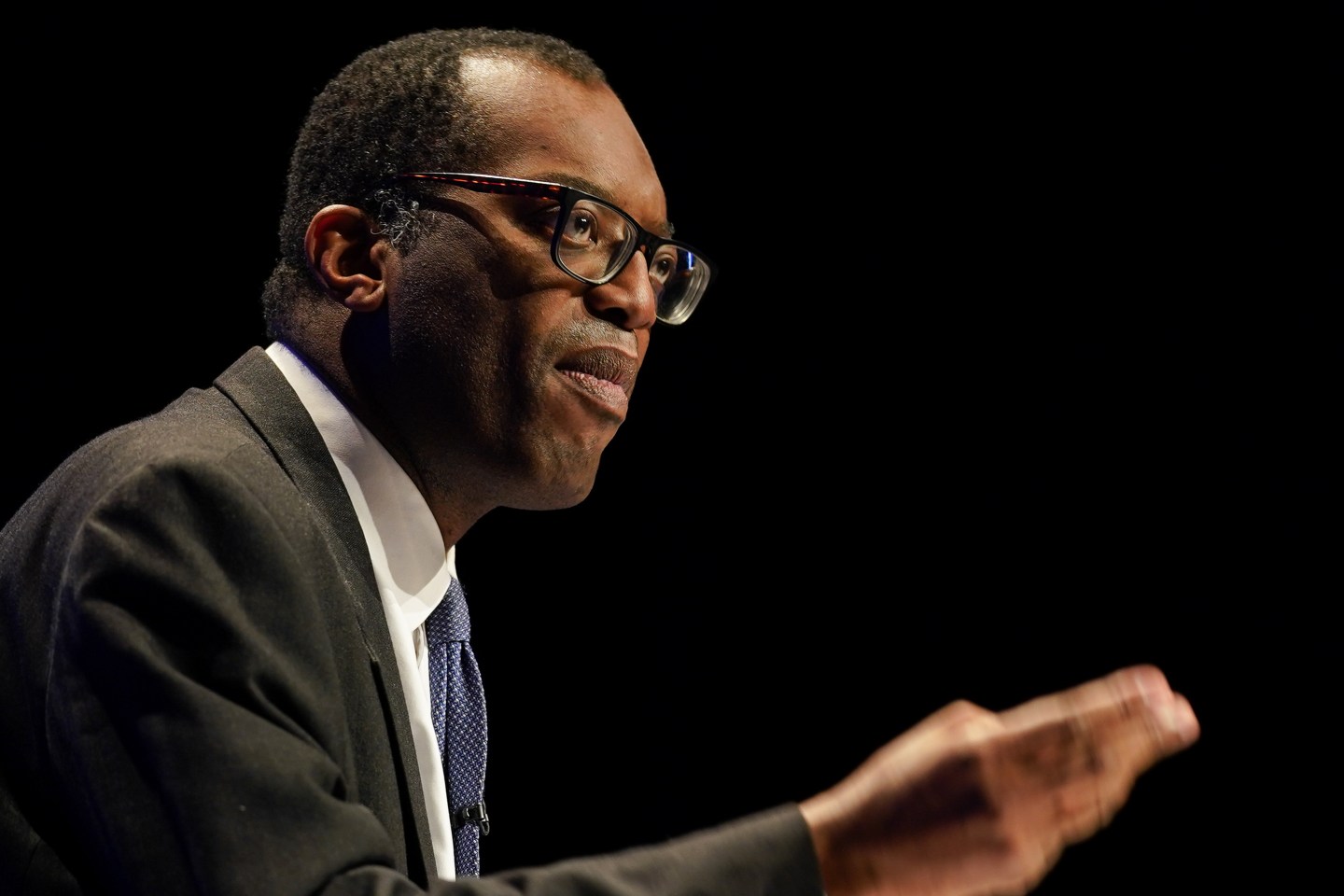 U.K. Chancellor of the Exchequer Kwasi Kwarteng sought to reassure jangled nerves in his ruling Conservative party with a pledge to deliver on the government’s economic strategy just hours after making a humiliating U-turn on a plan to cut taxes for top earners.

“No more distractions,” he told the Conservative party conference in Birmingham on Monday. “We have a plan and we need to get on with it.”

Kwarteng’s keynote speech to the Tory faithful came after he backtracked on a plan to scrap the 45% rate of income tax in order to head off the growing threat of a party rebellion. He began the speech remarking: “What a day. It has been tough but we need to focus on the job in hand.”

The policy reversal—just 10 days after first announcing the measure—is a major embarrassment for Kwarteng and Prime Minister Liz Truss. The abolition of the top rate was a signature part of their “plan for growth”, as they unveiled the biggest set of unfunded tax cuts in half a century in a dramatic fiscal statement on Sept. 23.

The package sparked a market rout, sending the pound to an all-time low against the dollar and forcing the Bank of England into a dramatic intervention to stave off a gilt market crash.

“I know the plan from 10 days ago has caused a little turbulence,” Kwarteng said. “We are listening and have listened and now I want to focus on delivering major parts of our growth package.”

Kwarteng said he planned to push ahead with other elements of his fiscal strategy, including reversing an increase in the National Insurance payroll tax brought in earlier this year by former Chancellor Rishi Sunak, bringing forward a 1 percentage-point cut in the basic rate of income tax, and canceling Sunak’s plan to raise corporation tax to 25% from 19%.

“This government will always be on the side of those who need help the most,” he said.

That was an attempt to undo the damage of the original plan on the 45% tax rate, which had triggered dismay among some Conservative MPs over the apparent unfairness of a tax cut for the rich while poorer Britons struggle during a cost-of-living crisis.

At the same time, government ministers have been laying the ground for more public spending cuts including on welfare payments. Earlier in the year, Sunak said benefits would increase in line with inflation later in the year, but on Monday, Work and Pensions Secretary Chloe Smith told Bloomberg TV that no decision had yet been taken.

That’s sparked concern among some ex-ministers, who warned they could not support any real-term cuts in welfare payments. Esther McVey, a former holder of Smith’s post, told a side event at the conference it would be “a huge mistake not to give a cost of living increase in benefits.”

Michael Gove, the former minister who has become an unofficial recruiting sergeant for unhappy Tories, told Times Radio he also would “need a lot of persuading” to back benefits not being uprated in line with inflation.

But Gove did indicate he would support the government’s tax measures now the abolition of the top tax rate had been shelved.