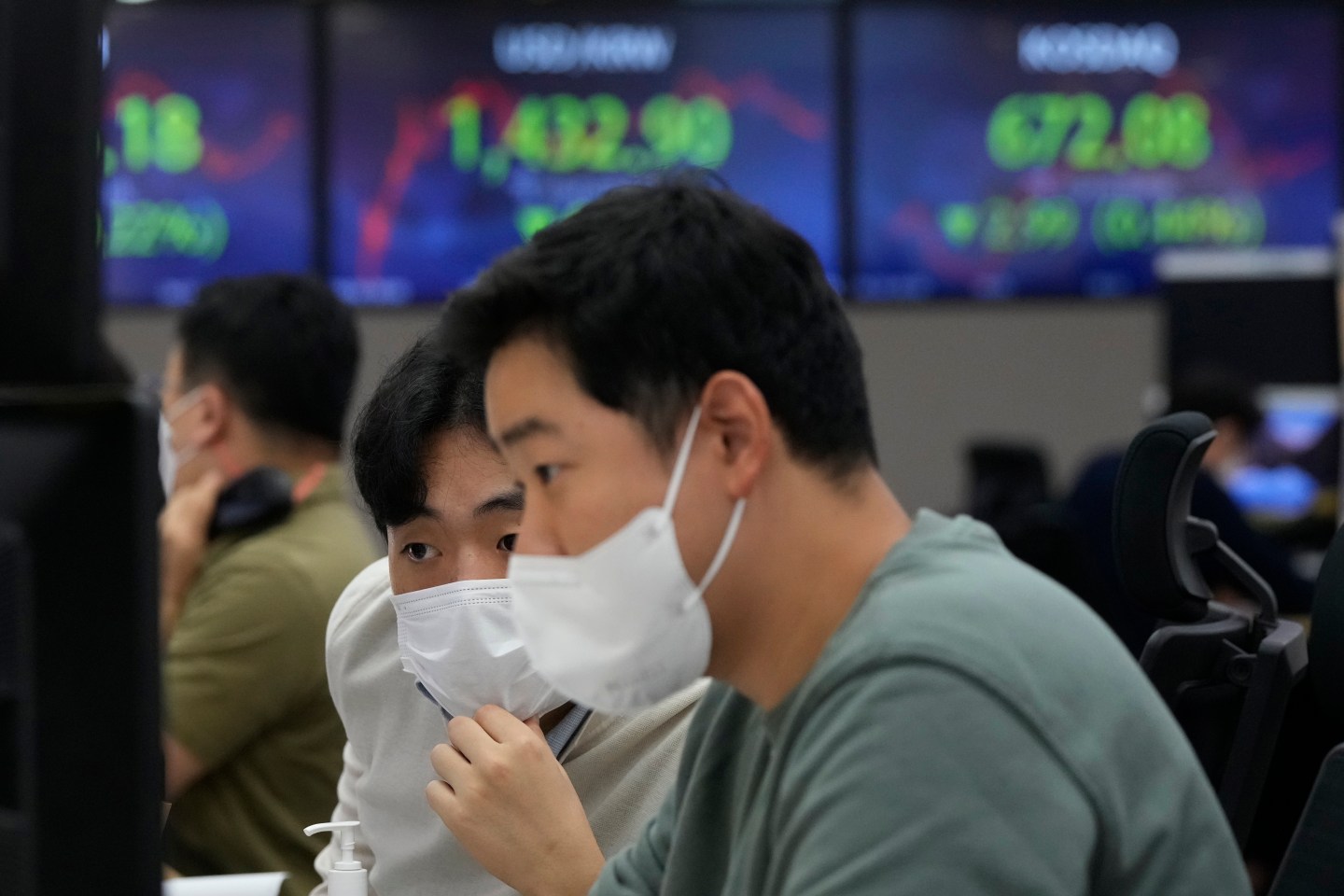 Investors increasingly worry the global economy might tip into recession following interest rate hikes by the Fed and central banks in Europe and Asia to cool inflation that is at multi-decade highs. Global export demand is weakening and Russia’s attack on Ukraine has disrupted oil and gas markets.

“We’d be inclined to argue that we haven’t yet seen the bottom,” said ING economists in a report.

Stock markets and the value of the British pound rebounded Wednesday after the Bank of England said it would buy government bonds to support their price. But markets resumed their slide Thursday after Truss shrugged off criticism and defended her tax-cut plan despite a plea from the International Monetary Fund to reverse course.

The S&P 500 is down more than 20% for the year as investors wait for a break in inflation that has prompted the Fed to raise interest rates five times.

The yield on a two-year U.S. Treasury, or the difference between its market price and the payout at maturity, widened to 4.2% from Wednesday’s 4.14%.

Stronger than expected U.S. employment data Thursday reinforced expectations the Fed will feel comfortable sticking to plans to raise interest rates further and keep them elevated through next year.

In China, surveys of manufacturers by business news magazine Caixin found production and news orders declined. That was in line with expectations that a Chinese manufacturing boom would fade due to weak global demand.

The Caixin monthly purchasing managers’ index declined from its August level while a separate index by the China Federation of Logistics & Purchasing edged above a break-even point that shows activity increasing.

“The downturn in external demand looks set to deepen,” said Zichun Huang of Capital Economics in a report.

In energy markets, benchmark U.S. crude lost 32 cents to $80.91 per barrel in electronic trading on the New York mercantile Exchange. The contract fell 92 cents Thursday to $81.23. Brent crude, used to price international oils, shed 35 cents to $86.83 per barrel in London. It lost 83 cents the previous session to $88.49.