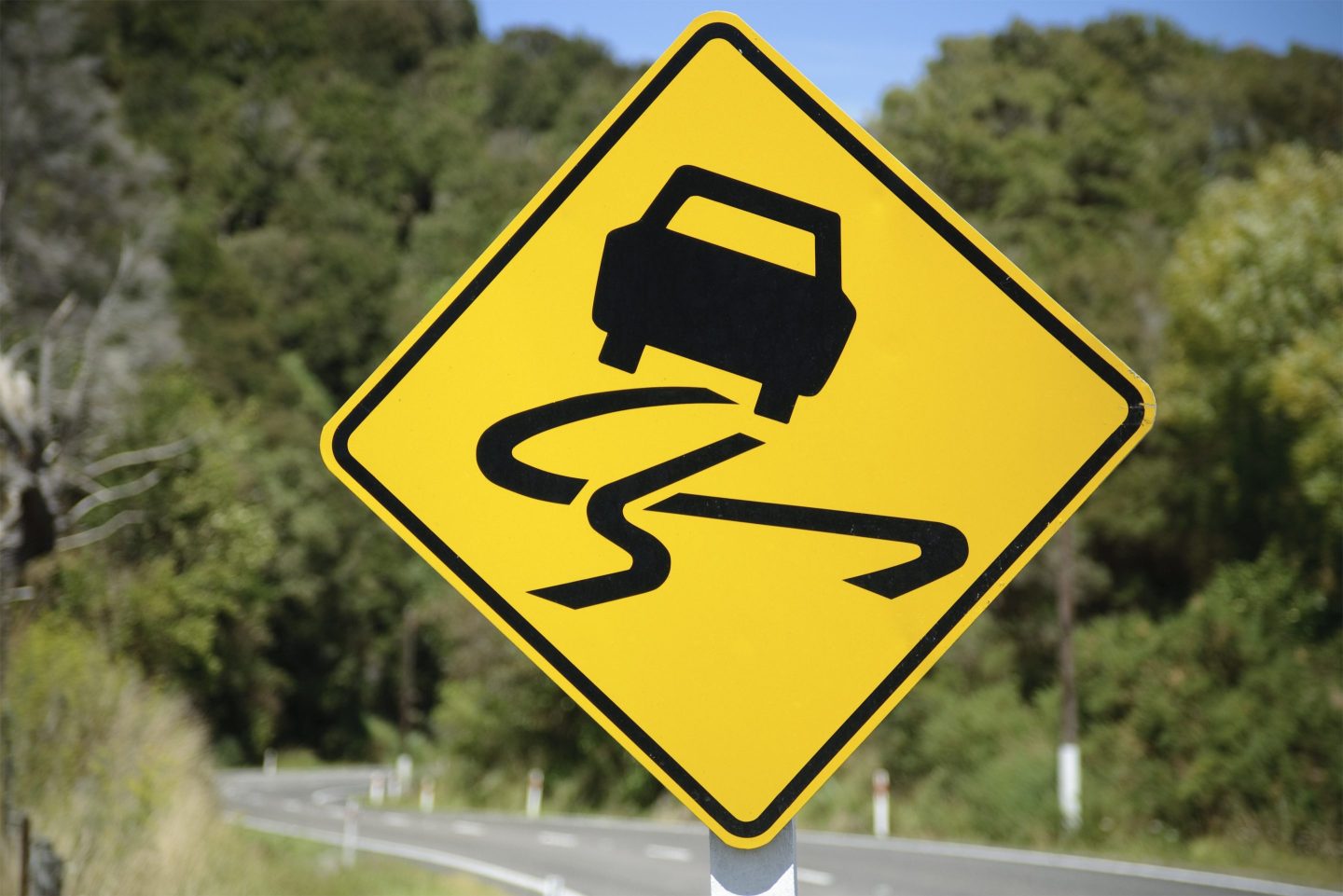 Critics are warning the Fed is making policy based on backward-looking indicators.
Getty Images

Fed Chairman Jay Powell’s newest pledge to continue higher, “restrictive” rate hikes for longer has already drawn a wide range of responses. Critics of Fed policy such as Wharton’s Jeremy Siegel say the Fed is making “one of its worst mistakes” by overtightening into a hard landing, while on the other side, supporters such as former Treasury Secretary Larry Summers argue that the Fed’s credibility and future inflation expectations anchoring are at stake if the Fed takes its pedal off the metal too quickly.

Coming into the year, there was little question that more restrictive monetary policy from the Fed was needed to cool an overheated economy and bring overwhelming demand closer in line with supply.

But in talking with many business leaders, it seems clear that not only are leading economic indicators from industry sources across all the major drivers of inflation (housing, labor, fuel, and food) now suggesting that inflation may have peaked, but there may also be ample economic evidence that the Fed could already be well on its way to slaying the inflation dragon even without continued rate hikes. As the Fed generally relies on trailing indicators rather than leading indicators, our forward-looking readings suggest perhaps the Fed is at risk of oversteering into a highway skid if it continues to push deeper into “restrictive” territory.

On housing, much attention has been focused on August’s “high” CPI print of 9% annualized housing inflation. But this backward-looking measure may already be outdated. Housing CPI is naturally lagged as it captures all leases, even though most don’t renew in any given month–so it takes time for price decreases in new leases to get fully reflected in CPI readings. This is on top of a survey design flaw that the BLS, the compiler of CPI, uses for housing CPI which mechanically bakes in another few months’ lag on top of that.

Looking forward rather than backward, the key drivers of the run-up in home and rental prices have now broadly reversed. Mortgage rates have now doubled to over 7% from the start of the year while housing demand measured from forward-looking indicators across surveys, mortgage applications, sales volumes, and more are down significantly.

Lennar, the homebuilder whose board I sit on, has already identified several major metropolitan areas such as Philadelphia, Reno, Boise, and Utah where prohibitively higher rates have led to a slowdown in activity despite a structural housing supply deficit. Lennar is tripling incentives from price cuts to aggressive mortgage buydowns to stave off an expected 10% decline in orders in FY 2023. High cancellation rates among competitors suggest housing has already cooled off significantly even if not entirely reflected by trailing statistics yet–though they are catching up. Just yesterday, the Case-Shiller Home Price Index developed by Yale colleague Robert Shiller posted its first monthly decline since the financial crisis.

On the labor market, there was broad acknowledgement of a material supply-demand imbalance in the labor market entering the year driving “hiring competitions” and wage growth. In response, the Fed has prioritized containing wage inflation pressures, with several Fed Governors on the record as predicting the current unemployment rate may need to nearly double to bring labor demand back in line with supply.

The Fed’s preoccupation with creating slack in the labor market reflects an outdated Phillips Curve mentality–even though there has been no inverse relationship between unemployment and inflation for at least thirty years as many economists have pointed out, including Chairman Powell himself prior to the pandemic.

What is much more relevant than the Phillips Curve is that labor statistics are a lagging indicator, and the labor shortfall could certainly moderate before it becomes evident in statistical readings.

Indeed, anecdotal hiring data from companies suggest higher workforce participation rates already as people are increasingly comfortable coming back to work after COVID, in addition to more normalized hiring demand from companies after a rash of onboarding to get back to normal staffing levels coming out of COVID.

As the CEO of Uber Dara Khosrowshahi said on their recent earnings call, “when we look at supply of labor, the supply situation continues to improve, where the number of new driver sign-ups in the U.S. were up 76% on a year-on-year basis. So, we have a very strong flow of new drivers who are signing up, coming on to earn.” The CEO of HCA Healthcare, a leading hospital chain, said that “we see the market for labor moderating some and normalizing”, typifying easier hiring across the broader services sector.

Increased labor availability reflects not only the return of lost workers, but also recent surges in highly trained, educated immigrant labor supply through elevated H1B visas–a solution many top business leaders, including Greg Fleming of Rockefeller Capital Management, have long advocated for. This trend will continue to increase the number of qualified workers ready to fill specialized jobs in the months and years ahead without needing to decrease demand.

And although some such as Jim Cramer are quick to point to continuing wage inflation pressures, inflation has in fact far outstripped the pace of nominal wage increases. Real average hourly wages in the U.S. have actually fallen by 2.8% over the last 12 months.

On fuel, as our research has shown, the story is one of both increased supply as well as diminished global demand, even though the supply story receives little attention amidst beanballs tossed against the Biden Administration’s energy policy.

The U.S. is already well on its way to approaching if not surpassing record crude oil production levels at approximately 12 million barrels per day (bpd). Another expected 1 million bpd increase over the next year will obliterate the current record of 12.3 million bpd set in 2019.

Despite attacks on federal land-use and drilling permits, the total number of active U.S. oil rigs has nearly doubled from last year across every major domestic production basin, more than offsetting minor supply cuts by the OPEC+ cartel.

With oil prices already back down to pre-2022 levels and with the futures markets pricing in even cheaper oil moving forward, the increase in oil supply should fully offset global demand recovery without needing any further demand destruction from the Fed.

Similarly, domestic U.S. natural gas production has soared to nearly 100 billion cubic feet a day (100 bcf/d), almost 10 bcf/d more than last year, and the U.S. maintains access to the cheapest flow of gas of any country in the world with prices continuing to fall by the day.

The story is similar on food, as initial drought and supply fears gave way to record bumper crop yields across major row crop producing nations such as the US, China, Australia, and even Ukraine. In fact, even if no Ukrainian grain is able to make its way to port, global grain supplies are still up year-over-year thanks to these record crop yields, an outcome few thought possible just a few months ago, leading to rapid price decreases across the entire agricultural complex ranging from grains to poultry and beef.

Even beyond fuel and food, as Chairman Powell himself conceded, prices seem to have peaked across the entire commodities complex from nickel and aluminum to lumber and cotton as we leave the classic suppliers’ market and approach buyers’ markets across all these crucial raw inputs into the global economy–aided by the strongest dollar in years.

Commodity disinflation, too, takes time to trickle through into supply chains and thus CPI and PCE inflation readings. As General Motors CEO Mary Barra said on their recent earnings call, “we are encouraged to see some moderation in the spot prices of certain raw materials, but the timing of the flow through of this benefit into earnings varies by commodity and typically lags. We would not expect to see a meaningful impact until later in the year and into 2023”.

Forward-looking financial markets have been pricing in a return to 2% inflation across the yield curve through market-implied inflation breakevens–even before Powell’s statements.

Forward-looking financial markets are already pricing in restrained expectations of future inflation, with inflation breakevens across the 5 year, 10 year, and 30 year in the vicinity of 2%.
Courtesy of the authors

Of course, we agree with George Santayana’s wisdom that “those who do not remember the past are condemned to repeat it.” However, immersed in retrospective data, Fed heads should not confuse the past with the present, let alone with the future.

Ultimately, central banks use the blunt tool of interest rates to drive the economy like “a good driver drives a car–with gentle applications of the gas and brakes to produce steadiness rather than by hitting the gas hard and then hitting the brakes hard, leading to lurches forward and backward,” as the investor Ray Dalio puts it. With leading indicators on inflation across housing, labor, fuel, and food showing calming inflation, the Fed risks oversteering into a highway skid by pushing deeper into “restrictive” territory.