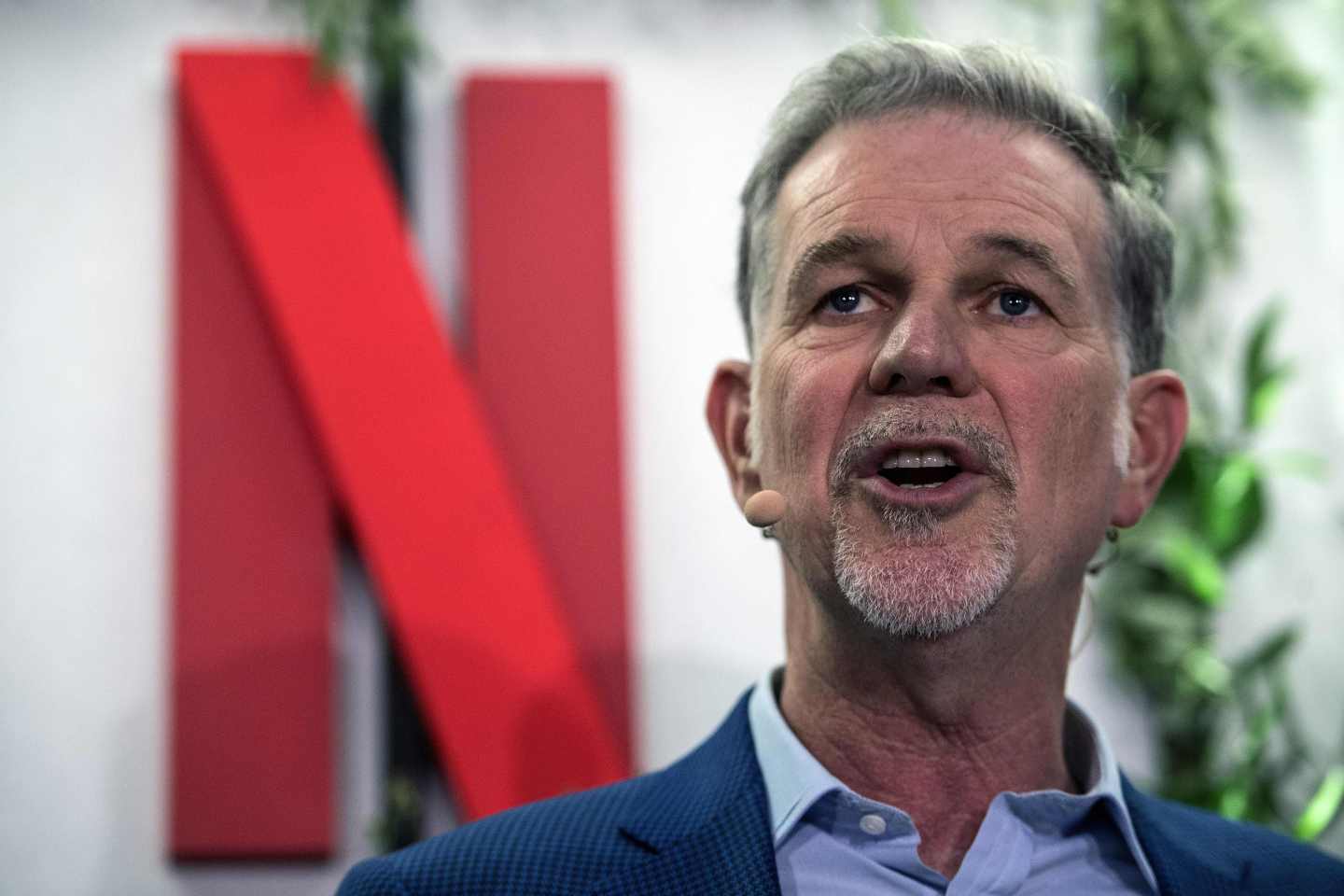 The phrase “Netflix Originals” has always been a tiny bit of a misnomer.

Contrary to the implication of its “originals” moniker, Netflix doesn’t actually produce movies and television series. Rather, it commissions projects made by outside production companies—Sony Pictures Television and Shondaland, to name two—and distributes content on its eponymous platform.

It’s an approach that has worked wonders for Netflix, allowing it to partner with an array of high-profile talent and avoid some of the prohibitive costs associated with serving as producer and distributor.

So it was a bit surprising to hear that Netflix will take on those dual roles with its venture into the mobile gaming industry.

Netflix officials announced Monday that the company is creating an internal gaming studio “from scratch” in Helsinki, Finland, with the goal of producing titles for its subscription streaming platform. The decision comes 14 months after Netflix declared its intentions to join the mobile gaming wars, a move that has puzzled some investors and analysts.

Details about the proposed studio were scant, though Netflix executives confirmed that Zynga and Electronic Arts veteran Marko Lastikka will serve as studio director. Company officials said they chose Helsinki because it is “home to some of the best game talent in the world” and already has the headquarters of Next Games, a developer acquired by Netflix earlier this year for $72 million.

In a statement Monday, Netflix vice president of game studios Amir Rahimi suggested the internal unit will operate independently of three small developers purchased by Netflix in the past 12 months. Netflix also is expected to continue hosting games by outside developers, who have created nearly all of the roughly 30 games currently on the company’s platform.

“It’s still early days, and we have much more work to do to deliver a great games experience on Netflix,” Rahimi said. “Creating a game can take years, so I’m proud to see how we’re steadily building the foundation of our games studios in our first year, and look forward to sharing what we produce in the coming years.”

Rahimi’s comments suggest that Netflix sees the gaming industry and in-house game development as a long-term play, giving the new studio time to find its footing. Still, the decision to build out an internal gaming unit carries some risk.

To date, no company has successfully created bestselling mobile games and an accompanying platform, let alone one that depends on subscription revenue.

The most-played mobile games of all time are available via apps downloaded one-by-one on the Apple iOS and Android operating systems. Roblox is a hugely popular platform, but it merely offers tools for developers to make games. Apple and Google appear to host modestly successful mobile gaming subscription platforms (neither outfit releases subscriber numbers), but they don’t develop titles in-house. Nintendo is probably the closest potential analogue, yet its platform largely exists on a handheld console.

While such departments aren’t particularly expensive in the grand scheme of Netflix—the company just blew $200 million on a barely watchable Ryan Gosling-Chris Evans action blockbuster, after all—the company’s recent financials aren’t sparkling. A slowdown in advertiser growth and profits, combined with $14.2 billion in long-term debt liabilities as of June, has forced Netflix into penny-pinching mode this year.

And as Rahimi noted, Netflix’s gaming studio likely will need multiple years to produce anything of serious consequence. By that time, it’s possible that tastes will have shifted or new technologies, such as virtual reality, will have supplanted mobile gaming.

Perhaps Netflix sees a grander vision in its gaming studio, one that didn’t make it into the company’s three-paragraph press release. Monday’s announcement notably never mentions mobile, leaving open the possibility that a new studio could focus more on cloud-based gaming.

Netflix certainly has earned the benefit of the doubt when it comes to busting the entertainment industry status quo. For Netflix leaders, patience and execution—and of course, creating some hits—will be the name of the game.

Caught in the act. Meta disclosed Tuesday that it has removed about 1,600 Facebook accounts tied to a Russian disinformation network targeting Europe and discovered a significantly smaller propaganda campaign based out of China spreading divisive content in the U.S., the Associated Press reported. The Russian operation marked the largest pro-Kremlin propaganda effort on Facebook since the federation invaded Ukraine, Meta officials said. The Chinese campaign, which spanned multiple social media platforms, appeared to be very small and poorly executed, company leaders said.

An unceremonious exit. Celsius Network CEO Alex Mashinsky resigned Tuesday from his position at the bankrupt cryptocurrency lender, ending a five-year tenure marred by the recent fall of the company, the Wall Street Journal reported. Mashinsky said his presence as chief executive had become a distraction for Celsius, which filed for bankruptcy in July following a collapse of digital currency values. Celsius issued high-yield loans backed by insufficient collateral in the event of a downturn in crypto prices.

Picking up the scraps. Cryptocurrency exchange FTX scooped up the assets of bankrupt crypto brokerage Voyager Digital at auction with a bid of roughly $1.4 billion, Bloomberg reported Monday. The deal gives FTX access to Voyager’s customer base, which totaled about 3.5 million users and 1.2 million funded accounts in the months before its collapse. Voyager declared bankruptcy following a sharp drop in cryptocurrency values earlier this year and the demise of crypto hedge fund Three Arrows Capital, which received large loans from the broker.

Nobody’s crying for them. Tech tycoons listed on the Forbes’ list of the wealthiest 400 Americans have seen their net worth drop by $315 billion in the past year, the news outlet reported Tuesday. The biggest declines in wealth were felt by Amazon founder Jeff Bezos (a $50 billion drop), Alphabet co-founders Larry Page and Sergey Brin (about $30 billion each), and Microsoft co-founder Bill Gates ($28 billion). Tech leaders accounted for roughly two-thirds of the $500 billion in lost wealth among members of the list.

In crisis mode. South Korea’s standing as a hub of semiconductor production is under threat, and it’s got government officials and corporate leaders on edge. The country’s science minister told the Financial Times that there’s “a sense of crisis” spreading throughout the industry, as American legislators lavish semiconductor manufacturers with subsidies and the Chinese government devotes large sums of money to making memory chips. South Korean political leaders have promised to boost federal support for Samsung, SK Hynix, and other domestic chipmakers, but early proposals remain mired in the appropriations process.

Lee Jong-ho, minister of science and information communications technology, and a renowned semiconductor expert, told the Financial Times that legislation passed last month had “laid the legal groundwork to support the semiconductor industry against severe competition from countries like the US, China, Japan [and in] Europe and Taiwan”.

After a 14-year-old Instagram user’s suicide, Meta apologizes for (some of) the self-harm and suicide content she saw, by Sophie Mellor

Meet the Italian entrepreneur who raised $340 million from Ryan Reynolds, Gabrielle Union and others: ‘Profitable from day one’, by Chloe Taylor

Will Robinhood’s no-gas-fee wallet pay off?, by Jeff John Roberts

A Bill Gates-backed startup is retrofitting diesel engines to run on cleaner fuel and challenging the idea that ‘all carbon is evil’, by Ian Mount

Red in the face. A lesson for Texas legislators: Don’t mess with Redditors. Techdirt reported Monday that a cheeky band of moderators in the /PoliticalHumor subreddit, which boasts about 1.5 billion members, is calling out the Lone Star State’s controversial new censorship law with a creative (albeit crass) digital campaign. Critics of the statute, which says large digital platforms cannot censor online content based on the poster’s viewpoint, have argued that the provision forces tech companies to host all kinds of repulsive speech. So henceforth, the /PoliticalHumor mods are going to “flagrantly break this law” by removing any post on the subreddit that does not contain the phrase “Greg Abbott is a little piss baby.” (Abbott, the governor of Texas, signed the censorship bill into law.) It’s little more than a stunt designed to bring attention to the law—an injunction seeking reinstatement of content is the only legal remedy to censorship in Texas—but certainly a clever one at that. The Supreme Court might take up the constitutionality of the statute sometime next year.